Even the most common question like “How’s your day?” can be a little tricky to deal with at times.

We hear it all the time, yes. We ask the same question to others quite a lot too.

Interestingly, our response mainly depends on how we feel about the person asking how our day was or is, rather than ourselves.

The reason for that is, more often than not, we are naturally driven to make others feel good about ourselves – this is a generally good relationship-maintaining tool.

So, today, we list down some of the best ways to respond to the question “How’s your day?” to make our interactions better.

How to respond to “how’s your day?”

Understanding the question “How’s your day?” in context

“How’s your day?” is a question usually meant to start a conversation with someone we know of and, most of the time, trust.

It is a shortened of either “How was your day?” or “How is your day?” which means it could either be in the simple past or present form.

“How’s your day?” is a question similar to “How’s it going?” or “What’s up?”; however, it is a relatively more formal one.

Responding to the question “How is it going?” can be done by using expressions like “I’m doing well” or “I’m doing good.”

Meanwhile, replying to “What’s up?” can be done by using more personalized or humorous phrases like “Can’t complain” or even “My rent!”

If we translate the question “How’s your day?” into a statement form, it would more or less mean “Hope your day is going well” or “Hope you’ve had a great day.”

When someone communicates the same intent to use, we could respond in a multitude of ways depending on what we would like to convey.

Here are some of the best responses to “How’s your day?”:

Different Ways to Respond to the question “How’s Your Day?”

As mentioned, there are several ways of responding to the question today. We can do this either casually, neutrally, or formally.

We use formal responses to people we don’t necessarily treat as equals like those we see as authority figures or strangers.

Meanwhile, we use relatively neutral to casual responses to those we are somewhat or very familiar with like colleagues, friends, and family members. 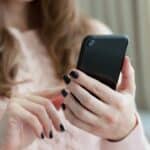 11 Great Ways to Respond to a Canceled Date 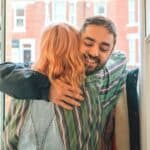 The 10 Best Ways to Respond to “How is it going” 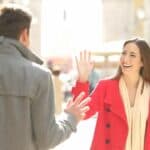 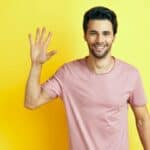 How to Respond when someone Says “Hi” — 14 Best Ways

Nevertheless, the use of both formal and informal language styles mainly depends on the overall context of the conversation.

In the actual world, having a bunch of responses at the back of our minds is really handy because it saves us thinking time.

Let us have a look at these possible replies and put them in context below.

One of the most common and lighthearted responses to “How’s your day?” is “Great! Thanks.” This response is both direct and neutral in tonality.

We can use this response in both spoken and written conversational contexts, such as when communicating with either familiar or slightly distant people.

From another perspective, we should take note that this is a response that could meanwhile imply that we do not want the conversation to continue.

This is because it does not contain a follow-up question, which is often expected by the other person, especially if we haven’t talked to them in a while.

In other words, the response “Great! Thanks” is something that implies a lack of reciprocity to the message receiver.

“It’s going fine” followed the question “And you?” meanwhile implies that the speaker or writer wants the conversation to keep going.

Compared to “Great! Thanks,” “It’s going fine” is relatively less enthusiastic or intense. So, this response leans more toward a neutral tone as well.

When using this response, we should expect the other person to share his or her experience, good or bad, during the day.

A: Hey, Martin. Thanks for coming. How’s your day?

If we want to explain how we went about our day, we can simply say “Awesome” followed by a little bit of explanation.

When using this formula, it is important that we do not elaborate too much on everything that happened during the day.

That will certainly deprive the other person of his or her speaking time when in fact he or she is just trying to start a conversation.

Especially if the other person is not that close to us, we should limit our explanation to the basics and avoid talking about negative things.

B: Awesome. I worked shortly today and just spent the rest of the afternoon talking with a friend at a coffee shop.

4. It’s been great. Thanks for asking.

A more grammatically complete and, therefore, formal response than “Great! Thanks” is “It’s been great. Thanks for asking.”

This is something we can use when speaking to someone for the first time, such as during an initial meeting with a target business prospect.

Because of this expression’s relatively formal tone, we need not worry about offending anyone we use this response.

B: It’s been great. Thanks for asking.

In cases where we want to avoid the formalities because we are comfortable with our relationship with the other person, “Pretty good” followed by the question “You?” should suffice.

As the word “you” is a single-word pronoun in its own right, it has to be said with a rising intonation to signal the message receiver that it is a question.

This response to “How’s your day?” is quite casual, and hence, it works well with people with whom we have already gotten to know of.

The people we always work with and clients and customers won’t get offended by this response in the real world.

11 Great Ways to Respond to a Canceled Date

The 10 Best Ways to Respond to “How is it going”

How to Respond when someone Says “Hi” — 14 Best Ways

To make “Pretty good. You?” more grammatical and formal, we can meanwhile say “It’s going great. How about you?”

Because of its grammatical completeness, most speakers of English with different backgrounds will not misinterpret its meaning.

That said, a response like “It’s going great. How about you?” works really well when communicating with both native and non-native speakers of English.

A: Hello, Vicky. Thank you for being here. How’s your day?

B: It’s going great, Trisha. How about you? 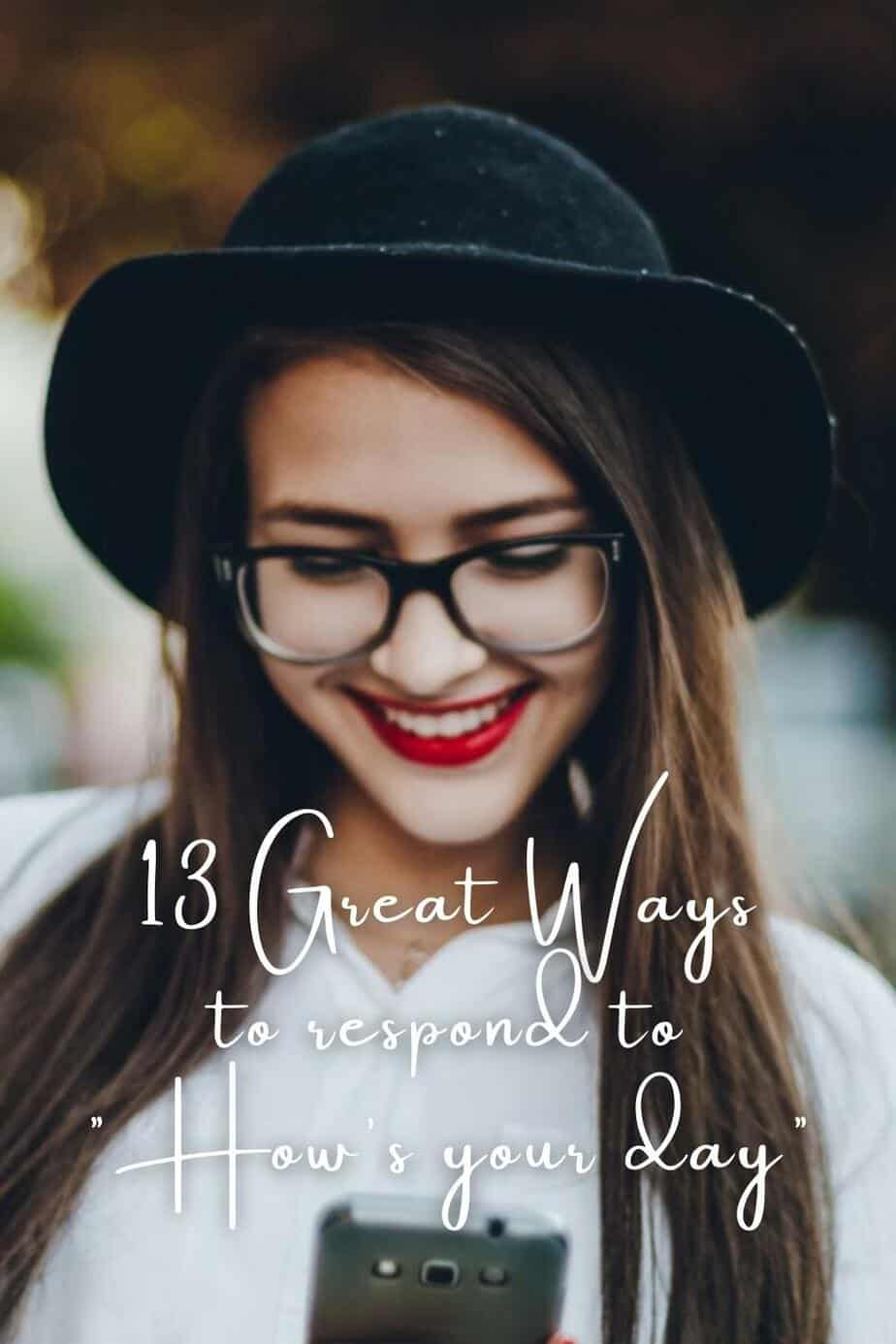 As opposed to directly saying “Good,” “Not bad” is generally more conservative or formal – even if both responses generally imply the same thing.

“Not bad. How’s yours?” is something we would more likely notice among British than American English speakers. The latter will more likely say “Good” than “Not bad.”

With a reciprocative goal, adding the question “How’s yours?” makes this response even more polite than it already is.

A: Hello, Joseph. Good to see you! How’s your day?

“Fine. Thanks. And how about you?” is something we could use as a response when someone says “Hi” and asks how we are.

This response generally coveys a neutral tone, which also works well if we do not want to share a bad, private experience.

Sharing negative personal experiences, especially to strangers, is something we naturally do to avoid getting why-questions in return.

In reality, even if we do not feel as good as we might say, it is more strategic to stick with neutral responses to preserve our privacy.

A: Martha It’s great to see you here. How’s your day?

B (not feeling well): Fine. Thanks. And how about you?

9. It went really well. Thank you for checking on me.

Meanwhile, another polite and grateful response to “How’s your day?” is “It went really well. Thank you for checking on me.”

With this response’s relatively polite tone, we can even use this in email exchanges with those we usually communicate with.

The first part “It went really well” implies that the person is describing his or her day to be good and, most likely, no problems have been encountered.

The second part “Thank you for checking on me” is something that conveys warmth and gratitude to the other person for simply asking the question “How’s your day?”

B: It went really well, Carl. Thank you for checking on me.

The first part “It wasn’t bad” is simply a more complete version of “Not bad,” which still generally implies the same meaning as “Good.”

The second part “Thank you for your concern” is something we would also likely see in emails because of its formal structure and connotation.

Mixing both statements as a response to “How’s your day?” is something we would notice in situations where the speaker is not necessarily that close with the other person.

Having said that, “It wasn’t bad. Thank you for your concern” works well in formalistic rather than casual discussions.

A: Thank you for meeting me tonight, Miss Johnson. How’s your day?

B: It wasn’t bad. Thank you for your concern. How’s yours been?

“Nothing special” is something we could use when talking to people with whom we are close enough.

This response generally conveys a dismissive tone, which means that using this in professional contexts could be seen as negative.

Hence, we should limit our use of “Nothing special” in situations where the other person would not get offended at all, like closest friends and family members.

B: Nothing special. I’m a bit tired actually.

“Same as usual” also communicates neutrality and non-reciprocity. This, too, is something that works only well when talking with familiar people.

Why so? This is because strangers naturally do not have any idea what our typical day looks like or how it goes.

In other words, this response could make them feel awkward or even embarrassed in worse-case scenarios.

B: Same as usual. Busy and tiring.

Another neutral response that should be safer than “Nothing special” and “Same as usual” is “It was a pretty normal day.”

This one is relatively better because of its grammatical completeness which meanwhile suggests formal language use.

We could use “It was a pretty normal day” to people we often interact with such as classmates and colleagues.

B: It was a pretty normal day. Glad to see you too!

How can we respond to “How’s your day?” from a guy?

If the intent is to be playful and witty, we can say something like “Not that good. Can you make it better?” and “Bad, but it would be better if you ask me out.” Otherwise, we can stick with the usual responses like “Great, thanks. And yours?” or “All good. How was yours?”

What is a good response to “How’s your day?” from a girl?

If the intent is to be nice and funny, a possible response to “How’s your day?” when a girl, particularly a girlfriend prospect, asks is “Waiting for you to ask me out” or “You’re being nosy. You like me already, don’t you?” Otherwise, we can use “Great. Thanks for asking” or “Great. How’s yours?”

How can you respond to “How’s your day?” when you’re tired?

As long as the other person knows your whereabouts or usual routine, “Same as usual. Busy and tiring” should be an inoffensive response to “How’s your day?”

Mastering the art of communication entails knowing basic responses to the simplest questions like “How’s your day?” – no matter how formulaic they are.

Needless to say, these kinds of questions and responses are key in building relationships and keeping them afloat in society.