I can't imagine my life without you - in all languages 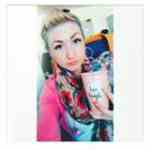