Rosetta Stone. Pimsleur. Assimil. Micheal Thomas. These were the Old Gods of language learning. Then, lo, came a verdurous owl and cast out the Old Ones.

With great, branching arms and multifarious tongue, the owl brought forth a gospel speaking the good words that the pursuit of the polyglottal mind shall be pleasant, productive, helpful, effective, effortless, and free.

Has the great Promise been fulfilled? Corrupted? Have the assiduous acolytes fallen by the wayside? Or are they revered? Should their number grow?

Read on, read on!

A short background of Duolingo

Duolingo is brought to you by the guy who made reCAPTCHA, that thing you have to fill out sometimes when you sign up to a website. Duolingo is a direct creative successor to reCAPTCHA.

That original creation was designed to perform two jobs: first, to make sure that the person using a website was actually human, and second to digitize physical books.

ReCAPTCHA would present the user with a word that computers couldn’t decipher and ask the user to type it in. Easy. Websites become safer and books get transcribed. Nice.

That same two-fold philosophy was carried over to Duolingo where the idea was to both teach a language and perform human-translations en masse at the same time. Basically, in its original incarnation, people would learn, say Spanish, from Duolingo, then as a practice exercise would be asked to translate Spanish text. Users got a lesson, the world got human translations of foreign text. Nice.

The design never really worked, however. I’m not sure if this is the reason, but as an early user of Duolingo myself, I noticed that the program would rarely match me up with a piece of untranslated text at my own level, making the practice sessions nearly useless.

There’s probably other reasons they discontinued it, but that was my experience.

Which is sad, since it’s a really cool idea. Oh well. The program is still fantastic as an introduction.

Nowadays, seven years after its birth, it has over 300 million users and can be accessed on Android, iPhone, Windows Phone, or on your web browser. It’s no longer 100% totally free, but the paid portions are pretty extraneous. You can get all of the useful stuff for free.

What languages can you learn on Duolingo?

A lot. This list is growing all the time, so consult Duolingo directly to find out what’s been added.

As of right now, the non-constructed, completed languages available are:

Also in beta are: 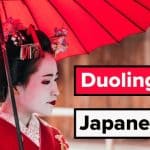 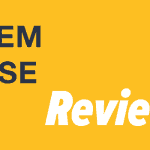 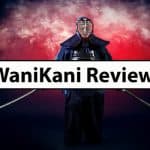 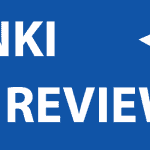 In Alpha testing, soon to be out are:

For speakers of Spanish, Catalan and Guarani are exclusively available.

One trick to learn languages that aren’t yet available is to reverse engineer them. That’s what I did for Japanese back before it was its own course for English speakers. Basically, set your native language to whatever you’re learning and then set the “learning language” to English. Poof. Instant: Bengali, Punjabi, Tagalog, Tamil, Telugu, and Thai!

It’s worth noting that some of these courses are better than others. Some start out great, but end poorly. Some are good if you come in knowing at least one aspect already. It’s a mixed bag to say the least.

Swahili has been considered a… rough course, to say the least. Norwegian is considered to be one of the best. Japanese is… sigh.

By the time you read this there will probably be yet another update that will piss everyone off and “spell doom” for Duolingo. Don’t listen to it.

The developers have been messing with the look and function of things since the very beginning. The look changes and sometimes extraneous features vanish, but the central functionality never changes except to improve.

Lots of things make Duolingo an excellent tool. To begin with, for any of the above-mentioned languages, it is the perfect entry point. Been thinking about learning Swedish?

Open up Duolingo and within the next five minutes, you’ll be putting together sentences. Simple ones, but sentences nonetheless, which is really important.

Duolingo pushes you to use the language. If you allow it access to your speakers and microphone you can practice listening and speaking as you do your lessons and reviews.

You’ll be typing in most of your answers, only doing multiple choice at the very early levels when you’re first feeling out things.

For languages with non-Latin-based writing systems, there will be alternative input options available. Ditto for characters not found on US keyboards like é, ñ, æ, or ø.

If you already have some experience, you have the ability to skip either individual levels or chunks of them by testing out. Answer nearly perfectly on a relatively short test and you’ll be able to jump ahead of the pack.

Duolingo also gamifies the experience, though the effectiveness of this is lost on me. Some people like it, others, like me, think it’s a bit of a dud. For example, they instituted these things called Lingots.

Lingots are a sort of in-game currency. Now, this could have been a cool idea, but Lingots are virtually useless:

It’s all… useless. Or only useful once. The only useful tool you get is the ability to buy “Streak Freezes” and “Double or Nothing.” These you can buy multiple times as needed, but are so cheap that even if you buy them regularly you’ll still rack up a ton of Lingots.

There’s also Crowns which you earn as you improve your language skills. It’s a pretty pointless thing, but for those who get a nice dopamine rush from watching tickers climb higher and higher, it’s useful.

Hey, I used to get addicted to Cookie Clicker, so I ain’t judging (for goodness’ sake, don’t go google Cookie Clicker unless you desperately need some reason to both procrastinate and develop a repetitive motion injury).

There are also Achievements which are fun to get. But they’re so few in number that you can “achieve” it all in very short order. Again, a cool idea that doesn’t get brought to fruition (an all too common problem with Duolingo).

There are also leaderboards which let you see how your friends are doing.

And there’s some new “League” thing. It’s like a leaderboard but localized to your timezone with 50 random other learners. There’s five levels and you get promoted for getting enough experience points (which you get by studying).

Those in the top 10 for the week get promoted.

Those in top 3 get awarded Lingots (which are bloody useless. AGH!). Those in the bottom 5 get demoted (unless you’re already at the bottom, obviously). It’s a brand spanking new feature. Like some many others, some love it, some hate it.

If you’re learning Spanish, French, German, and/or Portuguese, you can check out the “Stories” section of the site, offering short stories to learn from and improve.

What makes it bad?

It’s inconsistent as heck. Different languages have completely different levels of quality. Some have entirely different features. Disappear for a month or so and entire features may vanish on you with others to replace it. Some great things have fallen by the way-side while lesser concepts have taken their place.

Duolingo feels like it’s been a seven-year-long beta. It’s full of things that feel like some coder started as a great idea then totally forgot about. This can be really frustrating.

If you use the platform long enough (or just browse the sub-reddit), you’ll also notice that there are a handful of pretty bad translation errors or moments where the system simply won’t accept a perfectly good answer.

These things usually get resolved. It’s still endlessly infuriating when you were on a perfect streak, but Duolingo won’t accept “Good Day” for こんにちは (I don’t know if that’s an actual issue, it’s just an example of the type of annoying thing that sometimes happens).

How does it work?

You learn through “language skill trees.” You start at the top with the very, very beginner basics. Depending on the language this might be learning how to say “hello” or it may just be learning the writing system.

There will often be a short grammar lesson and then a series of typed-out tests that introduce you to new vocab while getting you to experience the grammar in practice.

As you move down through the tree, you’ll encounter different topics all bundled together. Numbers, medical terms, airplanes, religion, etc. You’ll eventually learn many conjugations, daily phrases, and hundreds or thousands of words.

You gradually work your way forwards, each level building on the last, gradually increasing in difficulty. At least that’s the idea. Do that in Spanish or Norwegian, you’re golden. Try Swahili at your own risk.

Soooo, is this free or what?

Yes. It’s free. However, for $6.99 a month you get Duolingo Plus which includes:

Usability: For the simple experience of learning a language, it really couldn’t be easier. There’s lots of extraneous stuff, but, frankly, it’s not worth your time unless you personally want to make it a part of your regime. I’m calling it 5/5

Completeness: Totally depends on the language. I’ve heard some courses get you to B1 or even B2 which is awesome. Most will get you to high-A2 or low-B1 which is also great, but hardly complete. This is a harder aspect of Duolingo to research and pin down (without sitting down and learning all 32 languages, cough). It’s a 5/5 for some and a 3/5 for others. Let’s average ’em. 4/5

Can you become fluent with Duolingo?
Probably not. It depends on your definition of fluent. That said it lays a fantastic groundwork for building to fluency.

Can you really learn a language with Duolingo?
Absolutely. I’ve personally used it to prepare myself for trips to various countries as well as to bolster my learning in a variety of languages. It’s a great tool.

Is Duolingo as good as Rosetta Stone?
Duolingo is better than Rosetta Stone in every way. It’s free, plus it incorporates lots of the Rosetta Stone methodology while improving and expanding on it. Save your money, do Duolingo

Is Duolingo completely free?
The important parts of Duolingo are completely free. There’s a bunch of extra stuff that you can pay $6.99 for, but it’s honestly totally optional.

How long does it take to learn a language with Duolingo?
Depends on the language. I’ve seen people do the entire Esperanto tree in 24 hours. Others will leisurely work their way through for months or years.

It really depends on you. Search the internet for how long it took people to complete the specific Duolingo language tree you’re interested in to get a better idea.

Duolingo is a language learning system that adapts to your needs and guides you through the various features of a language prompting you to actively use them, while Memrise is more of a fancy, SRS flashcard system that’s useful in an entirely different way.