When I started learning how to write, one of the first things I was taught was to use as much variety as possible and to make my writing colorful and engaging.

You see, reading is hard enough as it is. People can lose focus, forget where they are on the page, and reread the same paragraph over and over again hoping to unlock its secrets or make it more comprehensible.

Hence, as a writer, you want to make the reader’s job as easy. You want to enable them to glide across the page and to stay awake while doing it, and this is where variety comes in.

While using the same word over and over and over again can come across as monotonous and boring, using different words and sentence structures makes your writing exciting and lively.

This is why you should always know how to say the same thing in different ways. You need to know multiple ways of indicating causation, including “as a result,” “therefore,” “hence,” and so on.

When it comes to showing contrast, you should be comfortable with the conjunctions “but” and “yet” while also being able to use the adverbs “however,” “alternatively,” and “conversely.”

What are some good alternatives for “for example”?

Alternative ways to say “for example”

“For example” is the classic way of illustrating something.

When he became a father, he became more courageous and felt that it was his duty to take on the world. For example, one week after his daughter’s birth, he walked into his boss’s office and asked for a raise.

I’m used to hot weather. For example, when I was young, I remember this one summer when the weather was so scorching hot that my friends and I would cook eggs on the hoods of cars parked in the street.

In fact, it has been around for so long that it is sort of overused.

Don’t get me wrong. There is nothing wrong with a classic. In fact, “for example” is very versatile and can be used with different registers, be it formal or informal writing.

That said, it is more common in informal writing than formal writing. For instance, if you read an academic paper, you will find that they illustrate or give examples using other words or phrases.

So, without further ado, let’s take a look at 9 alternatives.

While “for example” and “for instance” have the exact same meaning and are interchangeable, they sort of have different registers.

As mentioned earlier, “for example” leans towards informality. Alternatively, “for instance” leans more towards the formal end of the spectrum.

Nevertheless, it is one of my favorite ways of illustrating something.

Michael freaks out every time he runs into a celebrity. For instance, we were sitting in a restaurant eating our food when Beyonce walked in.

You should have seen the scene he made. But, then again, it was Beyonce, so I sort of see where he was coming from.

She is very competitive. For instance, when we went to play tennis last week, she became a different person, talking trash to me and shouting in the air every time she lost a point. I was scared.

This is another versatile option that can be used in both formal and informal writing. However, while “for instance” and “for example” can come at the beginning or in the middle of a sentence, “to give you an idea” usually sticks to the beginning of the sentence.

Marcy was always a phenomenal ping pong player. To give you an idea, when she was 13, she would play against 18 and 20-year-old professionals, and she would crush them.

I’m sorry if Daniel came across as rude. He’s just going through a hard time right now. To give you an idea, he has been under a tremendous amount of stress at work, and he is concerned that he might get fired. 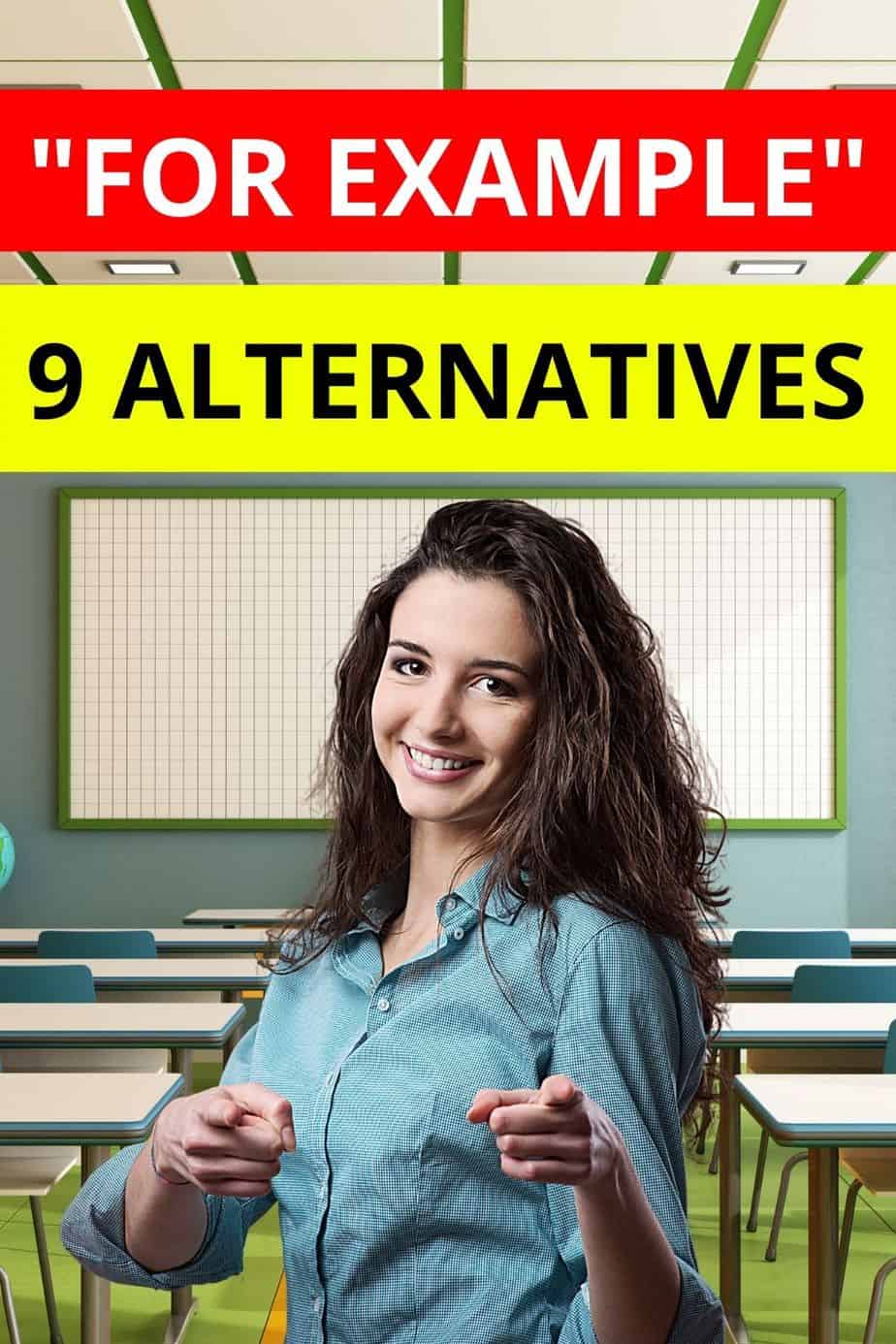 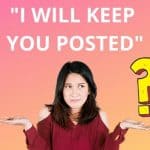 “I will keep you posted”: Meaning, Usage & Alternatives 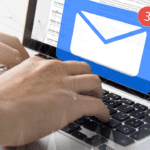 “Dear All” in a Work Email — Five Alternatives 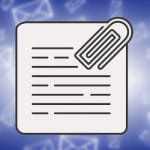 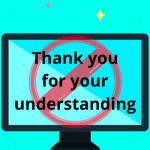 17 Great Alternatives to “Thank you for your understanding”

When you are illustrating something, you are highlighting a certain case that makes your point. Hence, “a case in point” is that perfect example that backs up your bold and audacious claims.

This one is a bit more formal than informal. In fact, it can be used in professional correspondence and even academic writing.

The only tricky part is using it.

You see, “for example” is a prepositional phrase that acts as an adverbial that modifies the entire sentence following it.

However, “case in point” is a noun phrase, so it isn’t interchangeable with “for example.”

She had always wanted to be a paleontologist ever since she was a child. For example, when she was 7, she went to the museum of natural history and didn’t want to leave the dinosaur exhibit.

The following example is wrong.

She had always wanted to be a paleontologist ever since she was a child. Case in point, when she was 7, she went to the museum of natural history and didn’t want to leave the dinosaur exhibit.

However, there are two different ways of using “case in point.”

She had always wanted to be a paleontologist ever since she was a child. Case in point: when she was 7, she went to the museum of natural history and didn’t want to leave the dinosaur exhibit.

In the above sentence, “case in point” is followed by a colon. That is one way of doing it.

She had always wanted to be a paleontologist ever since she was a child. A case in point is when she was 7, she went to the museum of natural history and didn’t want to leave the dinosaur exhibit.

As you can see above, the second way is to precede “case in point” with the indefinite article “a” and to follow it with the verb “is.” This creates a grammatically complete sentence.

“e.g.” stands for the Latin phrase exempli gratia, which translates to “for example.”

Unlike “for example,” “e.g.” cannot come at the beginning of a sentence. It usually comes right after the claim it is illustrating and is preceded by a comma.

There are many different ways to learn a language, e.g. taking a course, living in a different country, and listening to foreign music.

“In other words” has more than one use.

It can clarify something you said. So, if you feel that something was phrased in an opaque manner, you can just use “in other words” and restate it in a simpler fashion.

“In other words” can also be used to illustrate something. In this scenario, it is used to explain something by moving from the general to the specific.

I hate cooking. In other words, the one time I did try to cook, I almost burned the house down and the food still came out tasting horrible.

6. By way of illustration

If you were looking for a formal way to say “for example,” look no further. This here is a wordy option that will satiate your most professional and academic needs.

The less formal version of “by way of illustration” is “to illustrate.” It has the same meaning but a more casual tone and feel to it.

His books are controversial, to say the least. To illustrate, his last book alone tackled the topic of race but was less than delicate in handling the sensitive material.

This one is a bit stronger than “for example.” Whereas an example illustrates a certain point, a proof corroborates it and cements it as fact.

Consequently, if you are going to use it, you want to follow it by a statistic or some other fact that can act as hard cold proof. You can’t just use a meager example here and get away with it.

It is very hard, if not impossible, to beat the market through active management. As proof, the SPIVA Scorecard has shown that 95% of all actively managed funds are outperformed by the market.

This is a nice informal way of saying “for example.” If you’re wondering what makes it informal, you will notice that there are two active verbs and two pronouns.

The more formal version would read something like “as a way of showing what is meant,” but that is just too wordy and convoluted to be of any practical use to you.

“To show you what I mean” comes in handy when you are trying to demonstrate a point and you have a video or other article that proves your point for you.

The book has had a massive impact on everyone who has read it. To show you what I mean, here are a few testimonials from people who have read the book and have had their lives changed as a result.