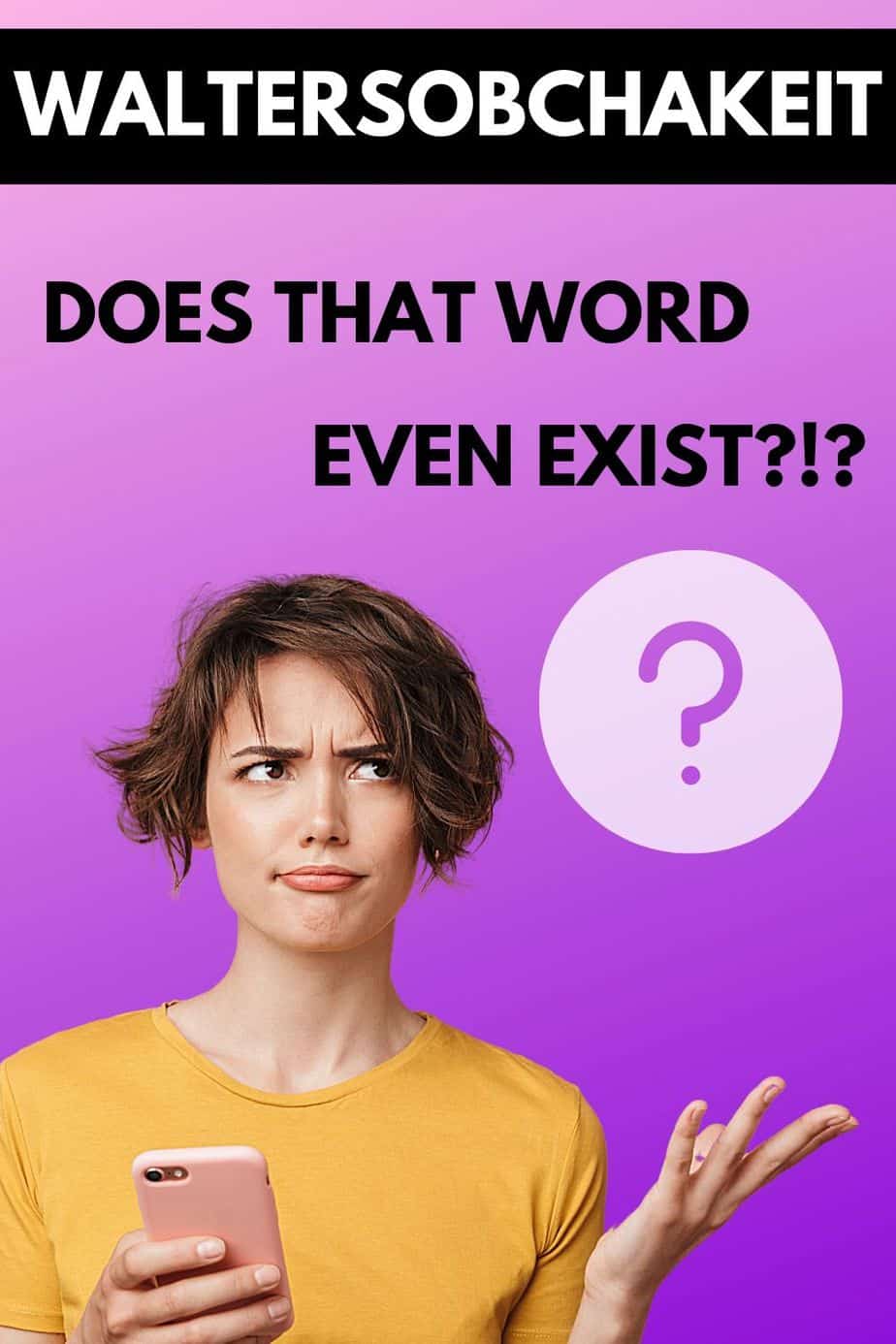 What is the meaning of Waltersobchakeit?

Waltersobchakeit is not an actual (German) word. Therefore, it has no meaning at all. The word stems from the movie Big Lebowski, where one of the characters is named Walter Sobchak.

Well, as we have come to see, Waltersobchakeit is not an actual German word. However, let’s just imagine for a second that it would be one. How would it be pronounced then? Here you go:

Why does Waltersobchakeit sound so German?

First of all, Walter used to be a popular name in Germany, especially between 1890 up to 1920. Even now, you will find lots of people in Germany named Walter. So that is the first reason why Waltersobchakeit has a German touch to it.

“Sobchak” as in Waltersobchakeit, however, does not ring a bell to Germans, as it is not a German last name. It seems to be a Russian name. Or maybe a Polish name, but then it would most likely be written Sobczak instead of Sobchak.

The suffix -keit, on the other hand, as used in Waltersobchakeit is a common suffix in the German language. For instance, all of the following words have -keit as a suffix:

The function of the suffix -keit is to make nouns out of adjectives. This is also the case for the German suffix -heit.

To wrap things up, here is Walter Sobchak from The Big Lebowski movie.