Skip to Content
Sleeping is an essential part of our lives. Some sleep less, some sleep more, but as a matter of fact, we all need at least a couple of hours of sleep every night (+ a ridiculous amount of coffee) to survive in this world.

…and yes, even Germans need some sleep, even though they are known to be hardworking people. 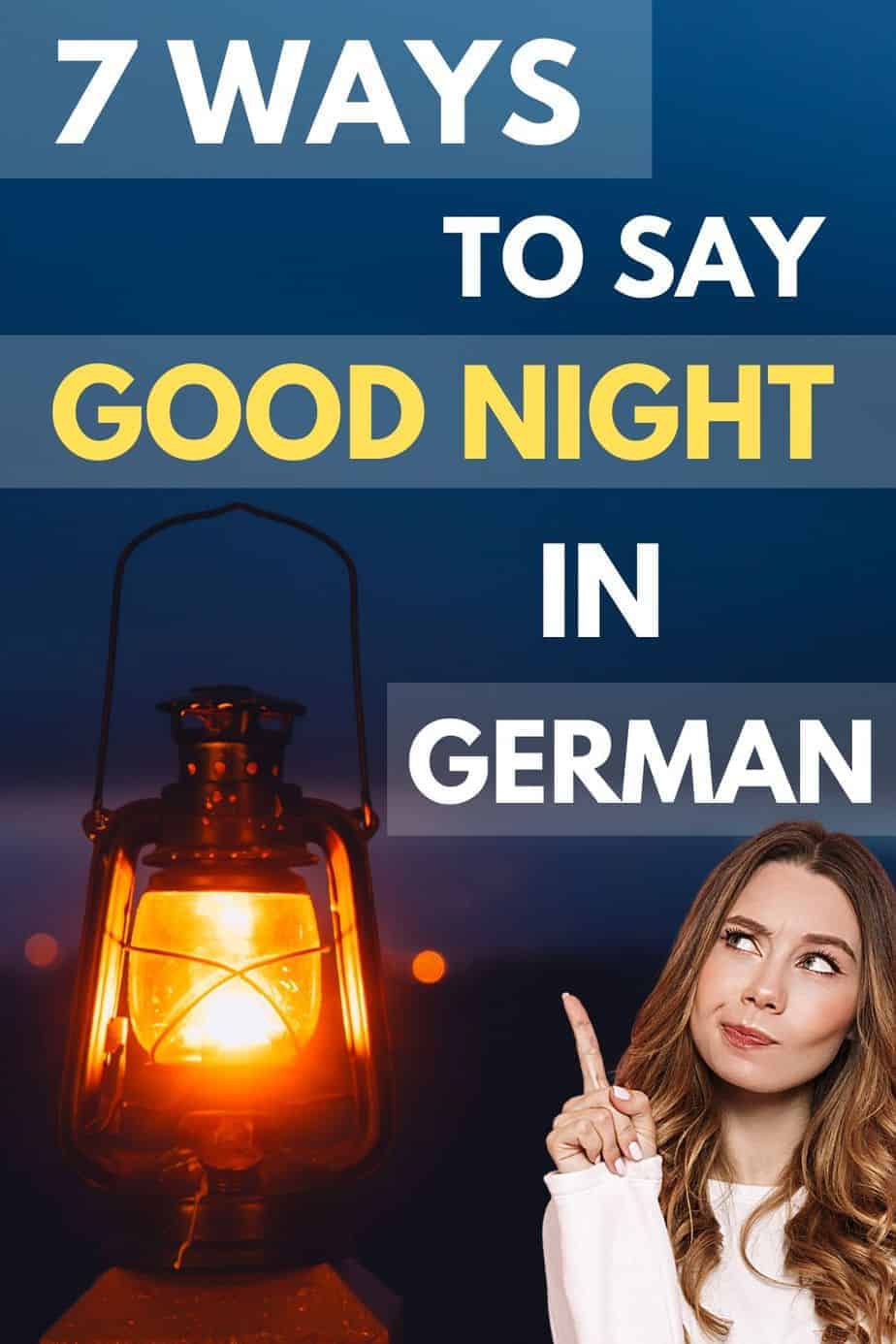 Let’s start with the most obvious way to say good night in German: Gute Nacht!

“Gute Nacht” is a literal translation of good night. It is by far the most common way to wish someone a good night in German.

“Gute Nacht” is a formal way of saying good night, but its scope is by no means restricted to very formal settings. In fact, you can use “Gute Nacht” in almost every situation, be it with friends, family or strangers.

“Träum süss” is the equivalent of sweet dreams. This is not exactly what you would say to your professor or to a stranger.

As in English, this phrase is reserved for intimate relationships and you would only use it with your wife/husband or your (potential) girlfriend or boyfriend.

“Schlaf gut!” is another standard goodnight in German. It obviously means the same as sleep well. You could say that to your mother as well as to your friends.

You could also say that to strangers, but in this case, you might want to use the more formal “Schlafen Sie gut!”

The meaning of “ab in die Heia!” is something along the lines of ‘It’s time (for you) to get some sleep now!’. If you do have some children, you might want to use this expression to remind them that it is time to go to bed now.

What the heck does “Heia” even mean?

Good question. The etymology of “Heia” is not very clear, to say the least. Some speculate that Heia actually means bed. Others think that “Heia” comes from greek imperative ‘heude,’ which means sleep!.

This one is very similar to our number #2. It literally means dream something beautiful.

If you would like to keep things short, you might also just say “Nacht!” instead of “Gute Nacht!” It has an informal touch but wouldn’t be considered rude in most situations.