How do you say Hello in German?

Common greetings in Swiss-German include “Grüezi,” “Guetä Tag” & “Hallo.” What concerns the spelling of these words, there are no fix conventions to follow. Also, depending on the dialect, the spelling of these greetings can vary drastically. In Zurich German, for instance, people use Grüezi, while in Bernese German, people would say and write “Grüässäch” instead.

It might come as a surprise to some, but we do have some unique greetings in Switzerland that are not used in Germany. After all, Swiss-German comprises quite a lot of words that are not found in High German.

So in the Swiss city of Zurich, which is NOT the capital of Switzerland (sorry, guys), you will hear people throwing a Grüezi at you while you are buying your Schoggi (chocolate) in Lindt & Sprüngli at the train station in Zurich.

What concerns the etymology of Grüezi, this is where things get complicated. But for our purposes, just remember that Grüezi comes from Got grüße Euch, which means (God’s) greeting you.

In the city of Bern and its surroundings, you will be greeted with a Grüessäch instead. We are dealing with the very same greeting here (Grüezi), just in Bernese German rather than Zurich German.

Keep in mind that both Grüezi and Grüessäch are formal greetings. So you would only use them with strangers and generally with people that you are not very familiar (close) with. You wouldn’t greet your good friend with a Grüessäch or a Grüezi unless you are pulling a joke on one of your buddies.

Informal greetings that you could use to greet your friends are, for instance, Hey, Hallo or Hoi. While Hey and Hallo are very common greetings in Germany as well (and are often pronounced in almost the same way both in Germany and in Switzerland), Hoi is unique to Switzerland (at least as far as I know).

Taken from our lovely neighbor Germany

If you are an avid learner of German, chances are that you already know a lot of Swiss-German greetings because we (Swiss) make extensive use of the most popular and most widely used German greetings. We are using them in one of the various Swiss-German dialects, of course. And that makes it somehow tricky, right?

Yes, indeed. But just have a look at this post here and you will find the most common german greetings with their Swiss-German equivalents.

More often than not, we are talking about pretty subtle changes in pronunciation here.

A touch of French

French is one of the four official languages of Switzerland. What are the other three, then? German, Italian and Romansh (also called Rhaeto-Romansh or Rhaeto-Romanic).

Ok, great. But we are talking about Swiss-GERMAN greetings here, so what’s the point?

The point is that even Swiss-Germans make use of French greetings. So in the Swiss city of Biel, for instance, the only truly bilingual (Swiss-German-French) city in Switzerland, you would hear many Swiss-Germans saying Sälü (Salut) instead of Hallo.

Even in other parts of Switzerland where French is not widely spoken, salut is a very common greeting.

The orthography of Swiss-German (greetings) 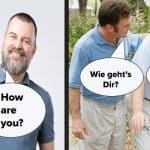 ‘How are you’ in German: Make no mistake about it! 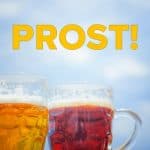 Cheers in German: How to Toast Like a Boss! 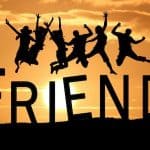 7 Ways to Say “Friend” in German

Well, don’t worry, Linguaholics. There are actually no official rules about how Swiss-German needs to be written. Or at least nobody cares about it. So let’s say you are WhatsApping your friend in Swiss German (yes, we do that) and are writing the following text:

So the full sentence in High German would be something like: Was machst du (momentan) gerade so? Hättest du mal Zeit, um ein Bier zu kippen?

So, in this sentence, the Swiss-German words could be written in a very different way as well because there are simply no rules to follow.

The interesting thing here is that even within the same Swiss-German dialect (Bernese here), it would be completely fine to write ghisch instead of gisch, maau instead of mau and näs instead of nes. Everybody would understand (well, at least the Swiss-Germans) and it wouldn’t even be strange or anything.