Even though it is usually better to be concise, there are a lot of situations in English where you’ll find an expression can convey what you want to say better than a single word can.

For instance, you can call a man “laconic,” or you can refer to him as “a man of few words.” I think you and I will agree that the latter expression is just easier to read.

Similarly, the same can be said for today’s expression, “every other week.” 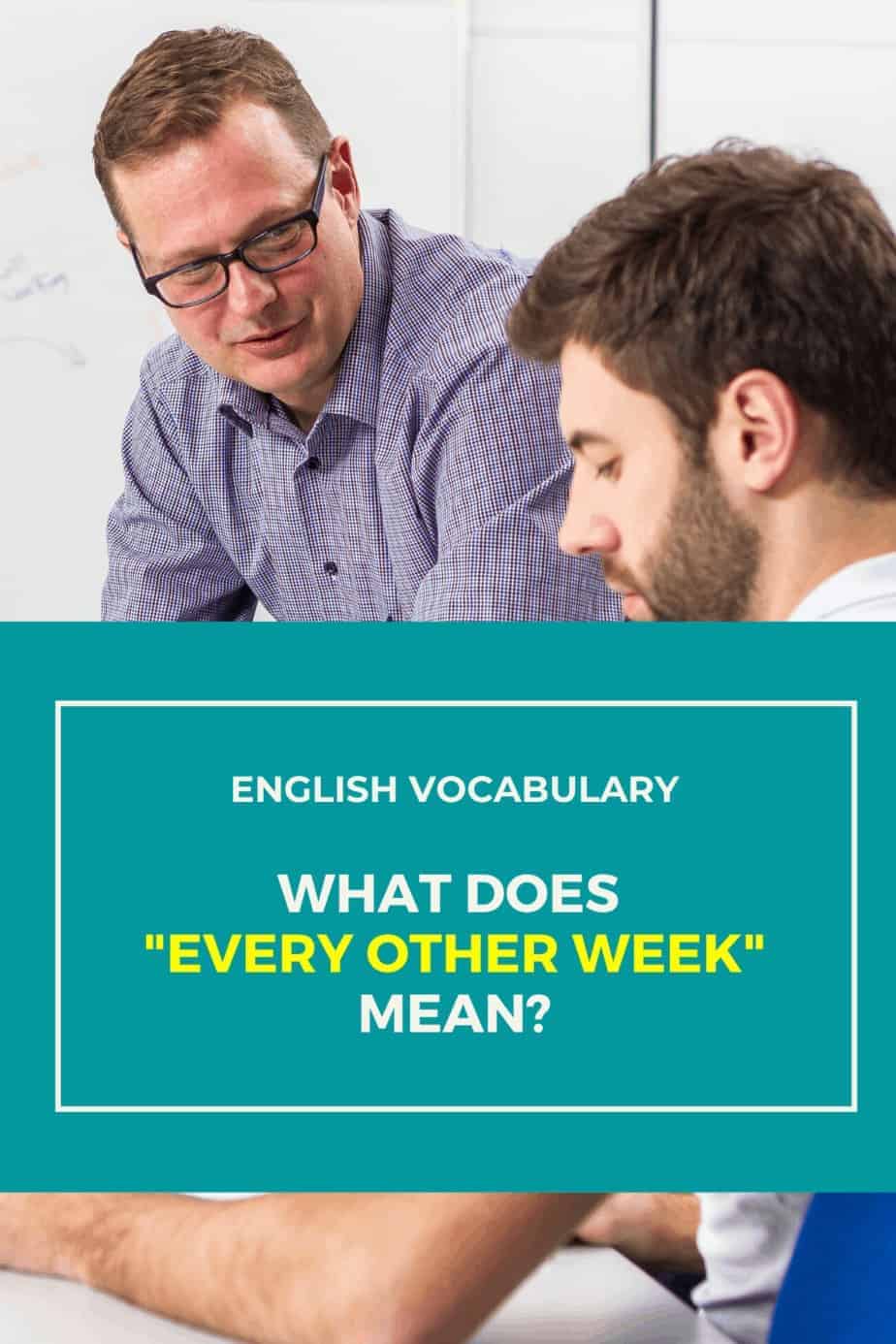 What is the meaning of “every other week”?

Where does the expression “every other week” come from?

The expression can be broken down into two parts. You have the words “every other” and then the word “week.”

“Every other” is used to refer to something that alternates.

Put differently, one day, you’ll eat fish. The next day, you won’t. And, the one after that, you will have fish again.

The term “every other” can actually be used with a lot of things, not just days and weeks.

If you choose every other football player to be on your team, this means that when the players are arranged in a line, you’ll choose one, pass on the next one, and then choose the one after that.

So, when you add “every other” to the word “week,” you get a three-word expression that is ideal for referring to something that happens once every two weeks.

Is there a single word that can be used instead of “every other week”?

Surprisingly, the answer is yes. You can use “biweekly” instead.
However, “biweekly” can be very confusing, even for native English speakers. You see, the prefix “bi-” has two meanings.

Ergo, the word biweekly has actually two meanings. You have the one you’d expect, “taking place once every two weeks.”
But, you also have the other meaning, which is “taking place twice in a single week.” To make matters worse, it can be very difficult to distinguish between these two meanings.

To drive the point home, let’s take a look at an example. If you were to say that you visit your grandmother biweekly, this could mean one of two things.

And, for many listeners, this confusion can be frustrating.

However, if you have your heart set on using one word rather than a three-word expression, there is a workaround.

You can use the prefix “semi-,” which means “half.”
So, when you say that something happens semiweekly, you are saying that it happens after half the week has elapsed. In other words, it happens twice a week.

Well, here comes the workaround. You can use the word “semimonthly,” which means “every half month.”

As you can see, the workaround isn’t exactly elegant and can be confusing.

This is why you’re better off just saying “every other week.” You leave no room for confusion there whatsoever.