If you want to test a notion or sketch a possible scenario for an audience, you can state that you are ‘speaking hypothetically’.

The phrase is used as a safeguard should the idea prove to be untrue, dubious or nonsensical in the future.

Words associated with speaking hypothetically, include speculation, conjecture and debatable.

What is the Meaning of the phrase ‘Hypothetically speaking’?

The adverb, ‘hypothetically, is derived from the noun, ‘hypothesis’, which means an assumption or the basis for further discussion, research or exploration. When people speak hypothetically, they are basing what follows on an unproven notion.

People often interchange the expression, ‘speaking hypothetically’ and ‘speaking theoretically’, as if they mean the same thing. In scientific terms, these are different concepts, and should be placed on a continuum.

A hypothesis is an unproven inference drawn from limited information available. In research proposals, it is the basis stated for further exploratory research on some situation or phenomenon that has potential to be proven.

In Antarctica, one of the mountains over 1000 meters has been named, Mount Hypothesis, in order to commemorate the role that hypotheses have played in the research conducted on the continent.

A theory, on the other hand, is more concrete and can be stated with more certainty. Research has been conducted to prove that there is some merit in what is being asserted.

None of these are fact, and are often the cause of raging debates among scientists.

Laws are immutable, for example, Newton’s Universal Law of Gravitation, sometimes called the Law of Gravity. Laws are more scientifically robust and are generally reduced to a formula.

Usually, in order to develop a theory or law, the required research is kickstarted with a hypothesis.

In everyday language, one can hypothesize about anything, from the weather to the outcome of an election, or the state of the economy this time next year.

It amounts to speculation because it is not based on facts or provable evidence.

Speaking hypothetically is conjecture. It is linked to imagination, and is usually expressed in the future tense.

Hypothetical scenarios are sketched using ‘what if’ or ‘suppose’  statements, among others. They are distinguished from expressing wishes or desires. 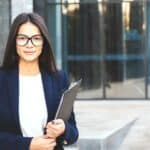 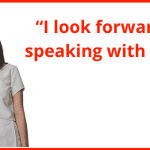 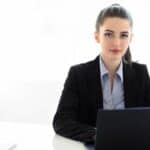 Looking forward to speaking with you: Meaning & Alternatives 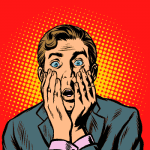 When speaking hypothetically, the present tense is used.

What if it rains tomorrow? What will you wear?

This is different from wishes which are expressed in the past tense.

I wish it would rain tomorrow. I have new boots I want to wear.

A likely scenario is expressed in the present tense, even though the event is in the future.

What if it rains tomorrow? We will need to picnic undercover.

An unlikely scenario is expressed in the past tense

What if it were to snow tomorrow. The media would descend on our town in droves.

The past tense is used for unlikely situations in general.

If I were a rich man, I would climb Mount Everest every year.

The examples cited above are implied hypotheses. Often, when a person is about to make a statement which is based on an assumption or hypothesis, they will state so explicitly.

Speaking hypothetically: if the dollar falls next week, the machinery will cost us less if we wait to purchase it.

The term can also be used in the second or third person, when referring to someone else’s statement.