People tend to get confused about the difference between kimono and yukata when they learn about them.

But not you! Not after you read this article.

Not only will you know the difference between the two, you’ll be able to understand the distinction at a level even most Japanese probably wouldn’t be able to articulate—and all off the back of a little linguistics and a touch of history.

Let’s jump in with the broad strokes:

What is the difference between a Kimono and a Yukata?

When looking at the difference between kimono vs yukata, we can start by noting that kimono is an umbrella term for many traditional Japanese robe-like garments, though it most often refers to a somewhat elaborate, silk fabric robe. Yukata are a type of kimono that are typically made from cotton and are worn casually during the summer and at hot spring resorts.

The nagajuban also serves an important fashion role — the appearance of the collar from underneath the kimono is one of the distinguishing features that will help you tell a kimono from a yukata.

Kimono are typically worn with wide, intricate belts called obi which are artfully tied in the back.

Additionally, kimono are almost always worn with traditional footwear which consists of split-toe socks and either zori or geta shoes.

And, finally, kimono themselves tend to have the appearance of greater luxury. They have intricate, hand-stitched designs and look heavy and important. Kimono nowadays carry an air of refinement and elegance.

Yukata are somewhat easily identified by how much more simple and relaxed they look. They’re made of lighter material and are worn directly against the skin like a robe.

That means there’s no second collar peeking through. The obi belts are usually less ornate and complex-looking. And, to top it off, you can wear them with whatever footwear you desire.

You’ll most often see these at hot springs resorts or summer festivals.

As always, I’m going to take us back to the basics and look at the word itself. First, let’s take a look at how the word is written natively in Japanese. Kimono is a contraction of a slightly longer word, kirumono, which means, explicitly, “wear-thing.”

The word kimono is written with two kanji (Chinese characters) like so: 着物. That first character, 着, in this context means “wear” or “garment.” The second character, 物, means “thing.” 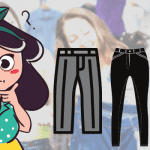 The Difference between Slacks, Pants and Trousers 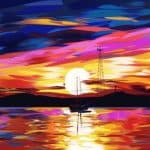 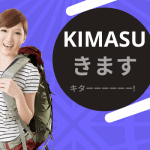 きます (Kimasu): Here’s What It Means

So, what we have here is an extremely simple, straightforward concept, and I want that to inform your understanding of this subject as we go forward. Now, what does the dictionary have to say about it?

So, the first definition reinforces what we’ve already learned. “A thing worn on oneself. Clothes.”

Nothing super interesting there. The kanji alone told us that much.

But anyone who’s seen a kimono knows there must be something more to it, right?

And especially if you’re the least bit familiar with Japanese or Japanese culture, you know they don’t refer to blue jeans or blouses as kimono. So what gives?

That second definition gives us a view into the important distinction. “(In contrast with Western clothing) Japanese clothes, especially nagagi.”

Okay. So, now we have two extra pieces of information. First, the easy one. Kimono are Japanese clothes, not Western. A simple, but vital distinction. But what’s a nagagi?

This one is written with two kanji again. 長着. That first kanji means “long” and the second one you should recognize from kimono.

So, “long garment.” It’s any Japanese-style clothing that reaches ankle-length.

In Japanese, yukata is written 浴衣. That first kanji, in this context, means “bathe.” The second kanji means “garment.”

Now, let’s take a look at the definition.

“Kimono made of one layer of cotton. Worn at times such as summer and after bathing.”

So, is it clothing, or a bathrobe? Well, we’ll get to that in a sec. Let’s go over a bit of history now to shore up our understanding.

A Brief History of a Long Robe

The current understanding of kimono came about in the Meiji period, when Japan opened its borders and was flooded with European influence in the mid-to-late 1800s.

Prior to this time, Japanese people referred to their garments with specific names. There were furisode, uchikake, kosode, hitoe, and more.

These terms still exist today, but nowadays we think of them as sort of sub-genres of the kimono. In pre-modern Japan every piece of clothing was known by its own name.

But, by 1872, even the emperor of Japan was wearing Western-style clothing, and by 1887 there were imperial proclamations encouraging everyone to take up the foreign fashion.

Bit by bit, the old history was forgotten and the old terms were collapsed into one catch-all expression: kimono.

So, where did this all start? If we jump back one and a half thousand years to the Kofun period, we find Japan being heavily influenced by Chinese culture and modes of dress. The origins of kimono are found in this time.

It would take another thousand years before the specific style we’re familiar with would start to show itself.

During the Muromachi period, which lasted from 1392 until 1573, the kimono as we think of it today began to take shape in the form of the kosode and osode.

By the Edo period which followed, it was more or less settled in its final form.

During the Edo period, the kimono was often used to communicate a variety of bits of information about the wearer. For example, long sleeves were worn only by unmarried women (a tradition that continues to this day).

The materials used in the construction of the garment (such as silk, hemp, ramie, or cotton) would indicate the wealth of the wearer. Ditto the intricacy of the decorative patterns, which would have to be hand stitched with impressive amounts of intense labor.

Kimono were worn by all classes of people, though much could be learned just from looking at who was wearing what.

Field workers had rough, durable kimono they stitched themselves with sleeves that wouldn’t get in the way of their work.

Rich merchants would wear elaborate, silk kimono made from a single bolt of fabric.

Beyond that, those of high education would commission designs that referenced classical poetry, challenging those who saw them to decipher the tricky allusions.

But the Meiji period put an end to all this. By the early 1900s traditional clothing was being phased out of schools in favor of Western, sailor-inspired uniforms.

By the 1940s men were no longer allowed to wear anything other than a state-mandated, Western-inspired uniform in their day-to-day lives.

In recent years, the kimono has been making a comeback, but many of the distinguishing features of them are only really understood by connoisseurs.

So Where’d the Yukata Come From?

The yukata finds its origins in the Edo period garment known as a katabira, a hemp garment worn by the upper classes in the summer.

An immediate descendent of the katabira was the yukatabira. The yu means “bath.” Instead of using a towel, people would put on a yukatabira to dry off, just like a bathrobe.

During the late Edo period cotton became widespread in Japan and, when the robes started to be made from the softer, absorbent fabric, the name was shortened from yukatabira to yukata.

Despite the fact that yukata got their start as a bath robe, nowadays you’ll also see them being worn out and about during the summer, especially during festivals.

One lovely way to spend an evening in Japan is to go out to a festival when there will be fireworks. You’re sure to see lots and lots of young Japanese couples wandering around sporting colorful, exciting yukata.

Some Types of Kimono

Kosode – Short-sleeved kimono (for married women!)
Furisode – Long-sleeved kimono (for unmarried women!)
Hitoe – Summer kimono
Uchikake – A heavy, extra kimono with a trailing hem that is worn on top of a regular kimono by the bride at her wedding
Komon – Relatively casual kimono with repeated patterns woven through the fabric
Iromuji – Colorful kimono typically worn to tea ceremonies
Mofuku – Mourning kimono in all black, worn by both men and women.
Hakama – A sort of half-pants, half-skirt trouser that is worn in more casual situations.

I’ve got two other bits of trivia that I couldn’t quite figure out where to shove in elsewhere, but I think are worth knowing.

One is super important if you ever plan on wearing either kimono or yukata specifically.

Always, when wearing any sort of traditional Japanese robe, place the left side over the right.

Again, when wrapping yourself in the kimono, place the right side against your body, and then put the left side on top.

The reason for this is that, in Japan, when someone dies, they are dressed the opposite way. So, if you put the right on top it can come across at best as weird and unsettling, at worst as offensive and rude.

When wearing a yukata, tie the obi off in a bow and swing the bow around to the back.

And, last of all, it’s a neat bit of trivia to know that, very often, when kimono get old, most people will cut them up and use them for other things.

Sometimes they are repurposed for children’s kimono, and sometimes they’re used for whatever bits of fabric are needed around the house. Kimono are made of expensive material, so people tend to want to get the most possible use out of them!

Final Thoughts on Kimono and Yukata

So, as you’ve learned, yukata are just another type of kimono. You wear the yukata outdoors during the summer, or year-round at a hot springs.

Kimono come in many types (way more than I listed here!) and have a long and detailed history.

One of the great things you can do with this info is find a kimono enthusiast group near you! They really exist, and they can be a lot of fun.

Finding and buying second-hand kimono can be a really exciting hobby, and finding excuses to wear them is always a trip. Plus, they make for fantastic conversation pieces.

As people moved away from traditional wear in the 20th century, many kimono manufacturers are struggling, and anything that can be done to keep this wonderful art form flourishing is a great thing.

Get out there and try a kimono on for yourself! Grab a yukata for your after-bath lounging around! Share your new clothing with friends and get them along for the fun!

Kimono and yukata are fantastic bits of history, art, fashion, culture, function, and language. Now that you know your stuff about them, get out there and try ‘em on!