Oyasumi is one of about a dozen words that you’ll definitely want to know by heart if you ever plan on travelling to Japan, or even just want to make nice with your ex-pat neighbor.

Oyasumi–nasai means, “Good night,” but is a little more polite.

That’s all, right? Nope. This is Japanese we’re talking about, so you just know there’s going to be some twists and turns in the mix.

What does Oyasumi Really Mean?

Let’s start with oyasumi and break it down. First off, we’ll take a look at the Japanese in its most Japanese-y form:

Now, those of you who’re a little familiar with Japanese are probably going, “Hey! What’s with that weird kanji at the front? That’s not how you write ‘O’!”

And the rest of you are thinking, “What are this guy and his imaginary Japanophile reader going on about?”

See, usually oyasumi is written おやすみ. A little different, right? Now it’s four characters, and only one of them is the same.

What you’re looking at is hiragana, one of the phonetic syllabaries used in Japanese similarly to how we use an Alphabet. Japanese words can often be written in multiple different ways.

You can write them in romaji —that is “roman characters,” i.e. the Alphabet— or katakana, though both of these are usually used for very particular circumstances; native Japanese is most often written with either kanji, aka Chinese characters, or hiragana.

Hiragana are the twin siblings of katakana and are used to write words phonetically and also to provide grammatical context to words and sentences.

Some words can be written with both kanji and hiragana, or either, or some mix of the two. Oyasumi is just one such case.

The 御 at the beginning would be written in hiragana as お, and you’d pronounce it as “OH.” Both 御 and お in this context mean the exact same thing.

It’s just a different way of writing it. And they both mean… well, they don’t really mean anything on their own.

But they do something. They make the word in front of it more polite. A little nicer.

Next time you hear Japanese spoken, especially in a customer service or business setting, and you’ll hear that “OH” being attached regularly to words.

From this it might seem that when you say oyasumi you’re essentially just saying (politely), “Rest!” but that’s not the whole picture. Japanese is often extremely concise in its phrasing.

For example, if you want to say, “Wow, that’s really beautiful,” you essentially just say, “Beautiful,” and the nature of the language fills in all the rest. 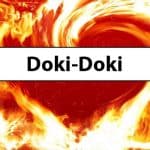 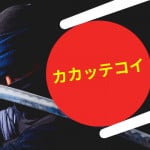 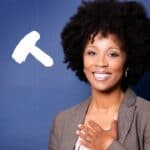 So, when you say “(politely) Rest!” you’re expressing the same basic sentiment as you would if you said “good night.”

What about the meaning of Oyasuminasai?

But what about the –nasai part? Glad you asked. Yasumi is actually the noun version of the verb yasumu, “To rest, to lie down, to sleep, to go to bed.” Nasai is part of a conjugation on that verb to make it do something else.

First, take the verb and put it in its stem form. Lucky for us, it’s easy. The stem version of yasumu is yasumi.

Then attach the nasai and you’ve got yourself a ready-made command! Yasumi-nasai is “Go to sleep!” Slap an “o” on there and you got a nice, friendly, “Good night,” from your o-yasumi-nasai.

There’s More to the Meaning of Oyasumi?!?

You betcha. We can crank this politeness thing up a notch!

Keep going! Let’s throw a “please” in there: –kudasai (ください)

But what if you meet the Prime Minister?! Put it all together!

There it is, the ultimate in good night wishing for Japanese:

How Do I Use This Crazy Word Anyway?

Using oyasumi is very simple. Stick to levels One and Two. In any case where you might say, “G’night,” in English, a simple oyasumi is probably fine.

If you’d go with a full on, “Good night,” in English, go for the oyasuminasai. If you’ve got your S.O.’s parent’s over, maybe strap a mase on there, but don’t stress out about it if you forget.

The phrase is pretty useful in any circumstance that you’d use its equivalent in English. It doesn’t have to be nighttime to say. Remember, unlike in English, the meaning of oyasuminasai is actually just “go rest please.”

You can say this to someone taking an afternoon nap. You could even say it at a funeral to the departed.

You might hear the English loanword グッドナイト said, which would be written out as guddo-naito (a Japanized pronunciation of “good night”). It’s not super common, but it’s around.

You likely won’t hear anything like “sweet dreams” in Japanese. It’s not a stock phrase, though if you were really insistent on wishing someone off to sweet dreams in Japanese, you would say yoi-yume-o (よい夢を).

Make sure you don’t confuse oyasumi with konbanwa, the Japanese expression for “good evening.”

You reserve konbanwa for the same sorts of circumstances as you would for “good evening” in English.

The Next Day: Meaning of Ohayou

Well, what about after you’ve oyasumi’d and now you’re awake? Well, if it’s morning (before 10am), ohayou is your new friend! Ohayou is pronounced pretty much the same as Ohio (not exactly, but close enough).

To start, there’s our polite 御 hanging out at the front. Next up is a kanji meaning early (among other things) and pronounced はよ or HA-YO.

Finally, a hiragana that elongates the O vowel before it and marks it as an adjective (actually an interesting Medieval Japanese construction, but that’s a bit much to get into here…).

That said, like there were different levels of politeness with oyasumi, the same exists for ohayou. To put a finer point on it, ohayou is more like, “G’morning!” If you want to be more polite, you stick gozaimasu (ございます) at the end.

And what’s gozaimasu mean? It’s the polite way to say “to be.” So, literally, you’re saying “It’s morning.” Though, as I said before, the meaning of ohayou-gozaimasu comes across the same as “Good morning.”

And, with that, you get the gloriously convoluted: 御早う御座います

(For the sharp eyed among you, yes, the 御 is pronounced “O” the first time and “GO” the second time. Japanese is wild, man.)

If, instead of polite, you want to be snarky towards a friend who’s slept in too late, you can hit them with an osoyou, a playful combination of osoi (late) and ohayou.

Let’s say you’ve decided to travel all around Japan. You’ll probably notice that Japanese doesn’t sound the same from place to place.

It’s not just an accent, you might notice—it’s something more. Entire words change. Vowels drop, consonants roll. And all this in the sleepiest parts of your day!

What if you woke up one day in the Edo period, age of peace and age of warriors!? You wouldn’t want to go offending a samurai, no would you?

What you need to do is bow deep and give him your best ohayodegozaru. That’ll keep your head in one place!

Or, let’s say you wake up in modern Miyagi-ken, north of Tokyo in the Tohoku region.

Now, you could say ohayougozaimasu to the first obaasan (elderly lady) you meet, but that’s not the cool way. You’re going to want to relax a bit and give it your best ohaegasu.

Or you go further south, to Kansai, home to Osaka, Kyoto, Nara, and Kobe. In most of the region, it’s only the inflection that changes.

But if you make it out to Kyoto, things change just a little.

Beyond Japanese in Japan with Good Night and Morning

Japan is home to a few indigenous populations with languages that have no mutual intelligibility with Japanese.

While they’ve blended together a little over the centuries and millennia, they stand out as particularly different from the rest of the mainland.

To the far north we encounter the Ainu, a hearty people who survived for long, long ages in the frozen lands of far-north Japan and Hokkaido, all the way into modern day Russia in the Sakhalin Islands.

Through terrible oppression that mirrors the treatment of minority indigenous around the world, their culture today has been all but eroded from memory.

But much of the culture and language is being preserved against the odds through the passionate fight of modern day Ainu.

If you were to have a night out on the town in Sapporo with someone of Ainu descent, you might wish them good night with a cheerful apunno mokor yan.

At the opposite extreme, to the far south, we encounter Okinawa and a dialect of the Ryukyuan languages.

So there you have it: As comprehensive an overview of the meaning of oyasumi as you could possibly hope for!

If you want to get some more exposure to get the hang of the pronunciation and intonation of oyasumi, perhaps hearing it in a song to really get it stuck in your head, here’s some recommendations.

Jump on YouTube to find a good oyasumi song. To start you off, here are my top picks:

As Jim Carrey in “The Truman Show” might have said, Ohayougozaimasu! And in case I don’t see you: Good afternoon, good evening, and oyasuminasai!