The True Meaning of “Deku” in Japanese 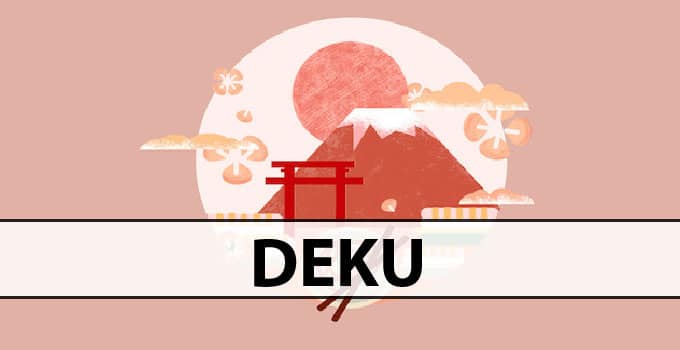 In this article we’re going to investigate the Japanese word deku. This is going to lead us through some interesting traditional Japanese culture, as well as modern uses of this old word.

We’ll stroll through samurai-era puppets, 90’s Zelda games, and the current anime phenomenon of Boku no Hero Academia, a.k.a. “My Hero Academia.”

Let’s start with a super broad overview of the meaning of deku. 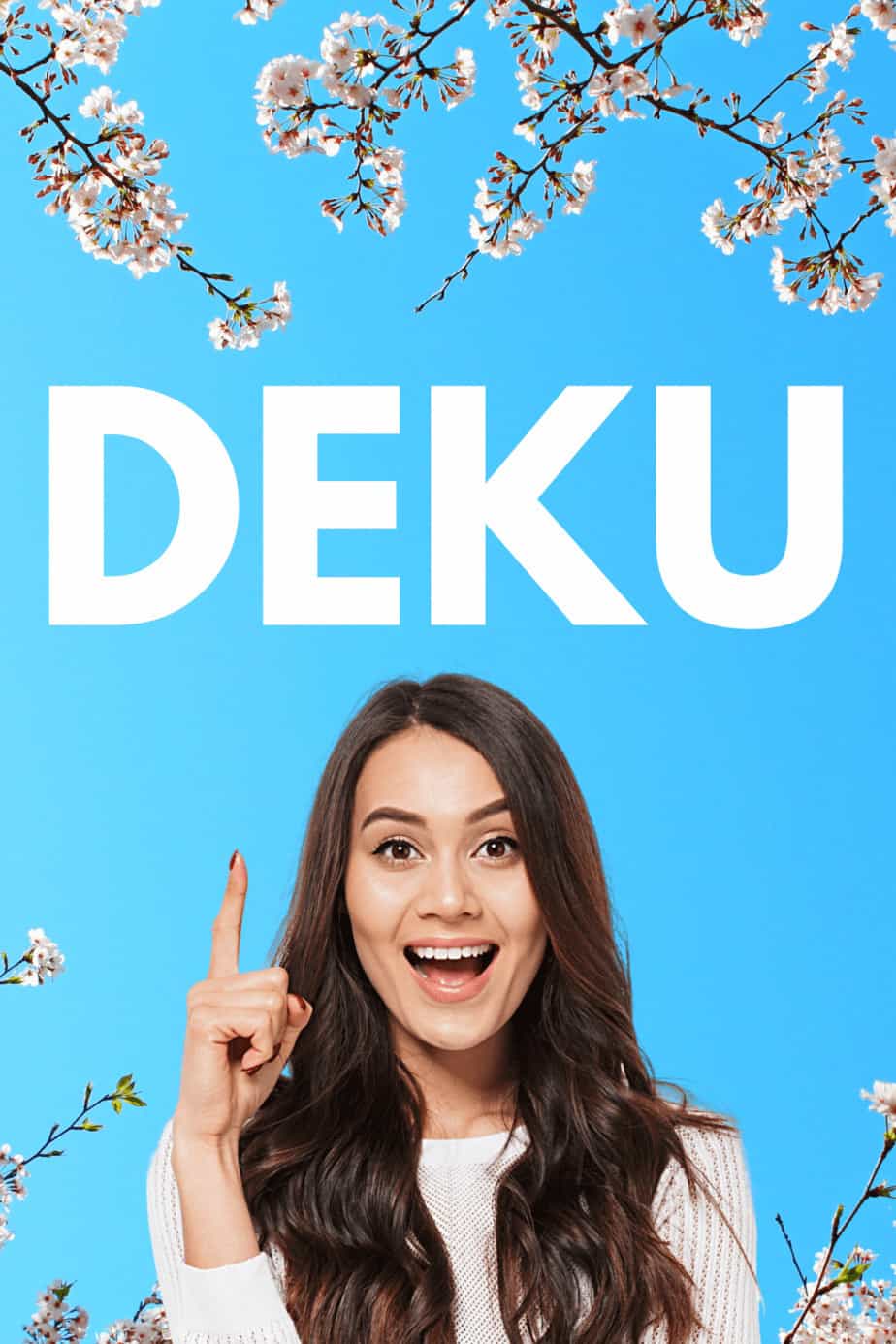 What is the true meaning of Deku?

When thinking of the meaning of deku you’re going to have one of three things in mind. Originally, deku referred to a type of plain wooden doll or puppet and then came to be used as an insult meaning “useless person.” Nowadays, it’s also a reference to a common race in the Legend of Zelda games, as well as to the lead character in the hit anime series, Boku no Hero Academia.

If we take a look at the dictionary, we get a pretty straightforward set of definitions of deku .

Definition one is as simple as it gets. “Puppet.”

The second definition is a little more fun. “A person without the disposition to be useful. Useless, boring person. A word to speak ill of such a person.”

So, the first definition refers to a specific type of old-timey wood puppet which we’ll discuss briefly in a moment.

And the second definition gives you something a little more creative to insult someone with.

Time to up your weeb game from the altogether pedestrian baka to the more amusing deku.

So, that’s the base definition of the word, but what do we discover when we dive into things a little further?

The Mystery of Deku

Deku is written with two kanji (Chinese characters), like so: 木偶.

That first character is where we get the DE sound… maybe. I’ll get back to that in a second. Also, the character 木 means “tree” or “wood.”

That second character is where we get the KU sound… maybe. Again, just a sec and I’ll explain.

The character 偶 can mean a couple of different things, including “accidentally,” “even number,” “same kind,” and “man and wife.”

How this relates to the concept of “wood doll,” I’m not yet sure. But this is just the first mystery.

See, the second mystery stems from my “maybes” above. As I was doing research for this article, I found something very strange.

No matter where I looked, I couldn’t find any source that suggested the DE or KU readings for their respective kanji.

Heck, I dove into a bit of Chinese look-up resources just to see if perhaps it was a reading taken from across the sea. Nothing. Nada. Batsu. A dead end.

Here’s why this is so strange — even creepy: As far as I’ve ever been aware, there’s a direct one-to-one relationship between a kanji and its reading.

Even if it’s an exceptionally unusual reading, seen just one or two times, it should come from somewhere, and be listed.

Sometimes, Japanese will even use a kanji just for its pronunciation, not its meaning. But not here. These are phantom pronunciations.

Chinese and Korean add MU and MOG. But nothing resembling DE.

The same happens with 偶, read TAMA or GUU in Japanese, OU in Chinese and U in Korean.

Perhaps, I thought, if I poke around inside the etymology of the word something would emerge…

It’s been a harrowing few hours wading through the Japanese internet, carefully translating some etymological resources, and trying to pry out the meaning within.

I came up empty handed with regards to the strange readings of the two kanji that make up the word deku, but I learned some interesting things about the word origins itself.

Deku are part of a class of doll that may very well have its origins in an unbroken chain of doll-making on the Japan archipelago stretching back thousands of years to the clay dogu figures of the Jomon Era.

By the Heian Era—the highfalutin age of the Tale of Genji—many dolls were in the repertoire of craftsmen of the day, deku most likely included.

At that time, deku were wooden puppets, also known as kugutsu.

But where did the pronunciation come from? Even to the Japanese it’s something of a mystery, with no concrete theory available.

One possibility is that deku is a mispronunciation of deiguu, a word for “clay doll,” though my main source for this research suggested that was unlikely.

A more likely theory is one that has flown a bit over my head. One thing to note is that deku is often written in a longer form as deku-no-bou, or 木偶の坊.

So, keeping that elongated form in mind, the etymology becomes a bit more clear… maybe.

Reading through the etymologies, it seems that it is believed that the word might come from dekurubou, a word written 出狂坊 which, as far as I can tell, might be synonymous with 出来坊, and they might both be synonyms for deku.

These root words seem to mean “appearing-crazy-boy” and “workmanship-boy” respectively, although I couldn’t find anything concrete. Curiouser and curiouser…

Origins of the Insult

But why do people use deku as an insult? It might seem obvious at first.

It’s roughly equivalent to calling someone a blockhead in English, right?

Well, it’s a little more than that. It’s not just that you’re being dumb, but that the person is useless.

If you look up images of a traditional deku doll, you’ll notice that it has a very peculiar feature—it has no arms and no legs.

It’s almost like a wooden dowel with a head on top. So, it’s more like saying that someone is as useless as a wooden doll with no hands or feet!

Softening the Blow with Puns!

So, maybe you want to call someone a deku since they’re being a bit of a tool, but you don’t want to come off too harsh.

Well, the Japanese have a punny way of doing this.

Remember that the word is often written 木偶の坊, or deku-no-bou. With that in mind, you can instead write it 木偶棒, which makes it a little softer.

Why does this difference matter?

Well, 棒 means “pole” but is pronounced the same as 坊, BO.

I’m not sure of the exact reason for why this makes the insult sting less, but my instinct is that it’s less direct and, since it’s a play on words, is a bit of a joke in itself.

Take that with a grain of salt, though.

Checking Out Deku for Yourself

If you want to see deku, go ahead and copy and paste the kanji 木偶坊 into Google and check out all the neat images of traditional puppets.

If you happen to be in Japan, seek out traditional puppet museums.

One well-established place is the Awa-Deku-Ningyo-Kaikan in Tokushima prefecture. There you can see, up close and personal, displays of old fashioned deku and even some live presentations of them!

Birth of the Modern Deku: the Legend of Zelda

Anyone who’s played a Zelda game has probably come across these guys.

In fact, Majora’s Mask starts you off transformed into one of these magical creatures.

As will probably be no surprise to you at this point, the name of these Deku is derived directly from the Japanese wooden doll, deku.

Since the Zelda Deku are made out of wood, they’re almost like the deku puppets brought to life.

In fact, while some Deku denizens have arms and feet, the most famous of the Deku—the Deku scrubs—have no arms and pretty strongly resemble the classic puppet dolls.

Deku appear in at least seven different Legend of Zelda games and are a race of tree-like beings.

Deku are not particularly violent creatures and manage to live in harmony with most of the rest of the world.

The only ones you really need to worry about are the “Mad Scrubs” which shoot Deku Nuts at their enemies.

The Deku are a fairly sophisticated race within the game. They live under a monarchy, conduct business widely, and even have a school that conducts field trips.

Not quite as useless as we’d been led to believe earlier!

But he also goes by another moniker. You guessed it: Deku.

But is this nickname as unfortunate as you might be thinking right now? Well, there are a couple of layers to his name.

One is an insult, one is encouraging, and one is a simple pun. Here we go!

So, first off, the name Deku automatically conjures up the image of the wooden doll and the insult in any native speaker’s mind.

So, Deku is, at first glance, a nickname that means “useless person,” or “someone who can’t do anything.”

But, it turns out that deku sounds a bit like another word, dekiru. And what does dekiru mean? It means “can do.”

And dekiru is written with the characters 出来 which you might recall from earlier, is possibly one of the old ways of writing deku in the sense of “wooden doll.”

So, the nickname Deku means either “can’t do” or “can do,” depending on who’s saying it to our hero.

And one final layer to add to this impressive pun-cake! The hero’s given name is Izuku, which is written 出久.

Now, you might have noticed that we’ve seen that first character, 出, already. And it’s often said DE.

That’s right, as I mentioned early on, kanji characters usually have multiple ways of being pronounced depending on the context.

In one circumstance, 出 is pronounced IZU.

In other circumstances it’s pronounced DE (and it gets pronounced lots of other different ways as well, but we’ll ignore that right now).

Now, if we pair that up with the second part of his name, 久, which is pronounced KU, we get our familiar deku.

So, Deku is just another way of pronouncing Izuku’s name.

So Long and Thanks for All the Deku

Well, there you have it. Another long, challenging journey to understand all the nuances of a strange, little Japanese word.

Now you’ve got everything you need to look into some classic craftsmanship, up your weeb game by playfully insulting a friend without saying baka, understand the origins of the Zelda character, and understand all the fun punnerific layers behind the main protagonist’s nickname in Boku no Hero Academia! 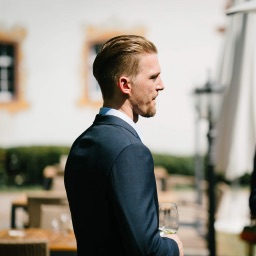 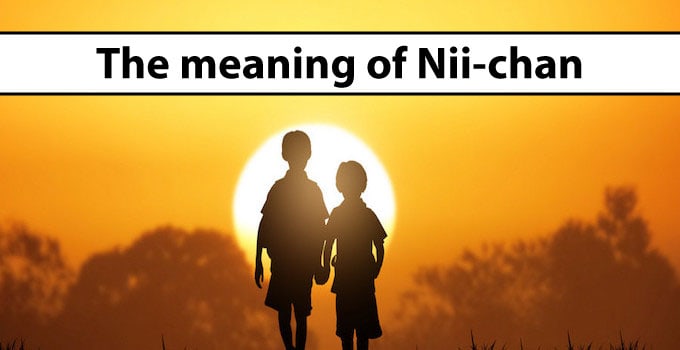 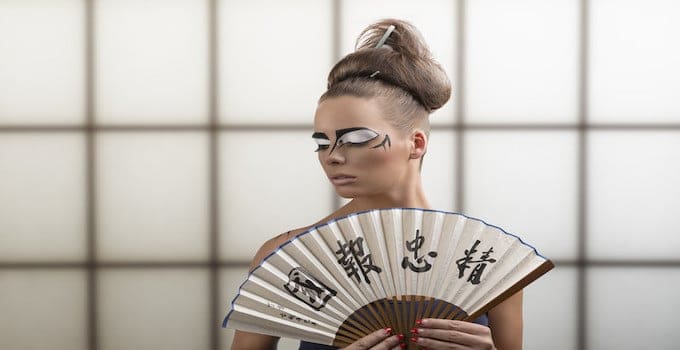 Next
The Great Debate: Weeaboo vs Otaku
Comments are closed.