There are certain words that have a general meaning that is widely understood.

Then, within a very specific context, that word might have another meaning.

This can be confusing, especially if you are not a native speaker of the language or if, for some reason, you simply have not encountered the word in that context before.

Often, the way the word is used is different enough from its more widely known usage that it might be difficult or impossible to figure out its more context-specific meaning.

This is the case with the word “prefix” when it appears on a job application.

After you read the following, you will know what to do whenever you encounter this.

What does “prefix” mean on a job application?

On a job application, “prefix” refers to the title that comes before your name. Most often, it means “Ms.” or “Mr.” “Miss” and “Mrs.” would be less common. However, professional titles, such as “Reverend” or “Captain,” might sometimes be appropriate.

More about “prefix” on a job application

You will always see the “prefix” space on a job application just before the space for your name. It might be the first blank or box on the entire application.

“Mr.” for men or “Ms.” for women are the most common answers. “Mrs.” and “Miss” are not seen as often now because they indicate a woman’s marital status, and this is generally not considered relevant on a job application.

However, you might have a professional title that is relevant to the job you are applying for.

This could be the case if you are a doctor, have been in the military or have a religious title.

Here are a few examples of those types of prefixes:

Dr. Ivanov has worked at the hospital for seven years.

Rev. Frank Brown will speak at the meeting tonight.

Col. Jane Hernandez was interviewed on the news

Most job applications these days are online, and there might be a list of choices in a drop-down menu for you to select for the right prefix.

This can help you determine which type of prefix is appropriate. Your choice may be limited to “Mr.” and “Ms.” 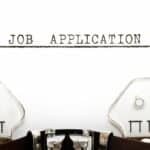 What Does Discipline Mean on a Job Application? — The Answer 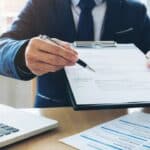 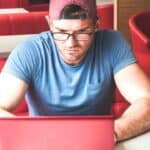 However, if you are filling out a now-rare paper application, you can choose the prefix that you think is most appropriate to the situation.

The meaning of “prefix” in more detail

If you have encountered the word “prefix” before, you have probably seen it used to describe letters that are placed at the beginning of the word that change its meaning.

For example, the prefix “un” added to “happy” changes the root word “happy” to its opposite.

The prefix “dis” added to “satisfied” makes it “dissatisfied,” meaning not satisfied.

For this reason, if you have never seen “prefix” in the very specific context of a job application, this can be confusing!

Just remember that it has this one special function on applications. You might also see it on other forms, such as if you are buying tickets online.

In some countries, such as the United Kingdom, where some people have titles, a drop-down menu might have many choices.

This could include such titles as “Marquis” and “Earl”!

If you ever encounter a drop-down menu with many choices for “prefix,” including an application in response to an online job posting, don’t panic, especially if most of the prefixes are meaningless to you.

You still only need to use “Mr.” or “Ms.” or a professional title if it is one of the choices.