Death is an inescapable part of life, however depressing that might be. Different cultures have reconciled themselves with this fact in different ways.

In Japan, there has traditionally been a Buddhist-inspired acceptance of life’s impermanence.

Others believe in doing good works while alive and thus earning yourself a place in a heavenly afterlife.

Some might even argue that much of modern-day United States culture, with its focus on youthful looks and activities, is an attempt to ignore the inevitable.

Today we’ll look at a phrase that’s somewhere in the middle: Until Valhalla.

What does the phrase “until Valhalla” mean?

Valhalla (literally “the hall of the slain”) is a hall in Norse mythology where dead warriors are taken in the afterlife. The phrase “Until Valhalla” is used by some military groups as an unofficial rallying cry before situations where people may die or as a general parting comment. The phrase has also been picked up by groups of people who revere the armed forces as a way to respect dead soldiers and raise awareness of veteran suicide.

Valhalla: The Hall of the Slain 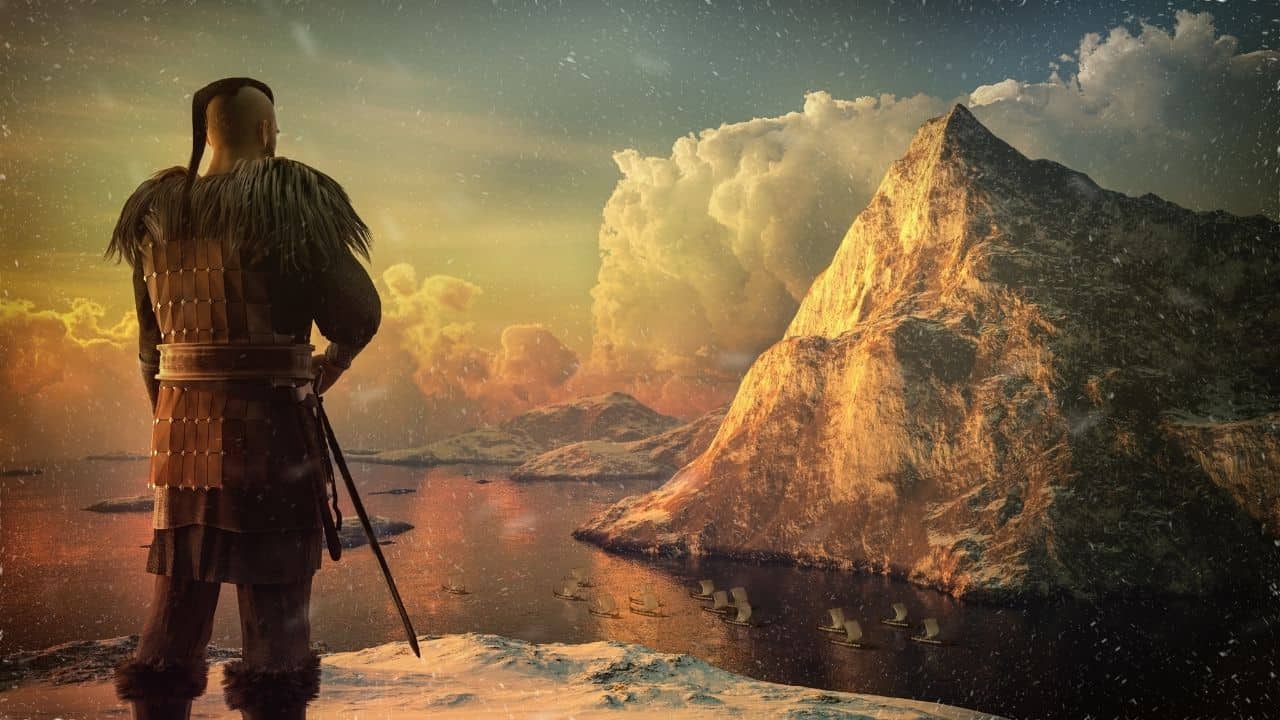 In Norse mythology, Valhalla (Old Norse Valhǫll) is a hall in Asgard, the realm of the Norse gods and the home of Odin, the god of wisdom, war, sorcery and many other things.

As befits a god of war, the hall of Valhalla is filled with warriors. Specifically, all those who die in combat are taken to Valhalla, where they are destined to fight at Odin’s side during the catastrophic events of a world-shattering battle called Ragnarök.

This explanation of the word Valhalla should already make clear some of the phrase “Until Valhalla.” There are clear martial overtones and a sense of death in combat not being the end.

But what about the rest of the phrase?

Until as a measurement of time

The word “until” is typically used to refer to an action that will continue for a set amount of time.

For example, if you stayed up until midnight to read this article you’ll probably be tired in the morning.

The word can also be used to refer to geographic distances rather than time, especially when giving someone directions like “Go straight until you see the stop sign.”

Valhalla is neither a time nor an actual place, so the use of “until” here seems strange at first. However, there is also a third way to use the word “until” in a more extended sense.

For instance, the phrase “until we meet again” refers to something that is not an exact time. Rather, it is a nonspecific future time and place.

The use of “until” in “Until Valhalla” is similar, suggesting that the people using it will meet there, at least metaphorically.

The Meaning of “Until Valhalla”

Now that we’ve explored the parts of “Until Valhalla,” we can take a look at the phrase as a whole.

As noted above, in general the sense of this phrase is that the people in the conversation will meet again someday.

However, in practice the phrase “Until Valhalla” is used mostly in the armed forces of various countries as a way to suggest that those who die in combat are gone but not forgotten.

Although the phrase has ties to Norse mythology, its use in modern times does not suggest that the person using the phrase adheres to a particular religious belief system.

Indeed, many who use the phrase today are likely to be Christian or some other religion, rather than actual believers in Valhalla.

Instead, it’s simply a way to acknowledge the danger of combat and suggest that there are rewards for a life spent fighting others.

“I hear gunshots. Time to roll.”
“Until Valhalla, my friends!”

This imagined conversation before a combat situation shows a typical use of “Until Valhalla.”

“I’m shipping out next week, so it might be a while before we can hang out again.”
“That’s a pity, bro. Until Valhalla!”

Here, a civilian uses “Until Valhalla” to send off a friend. Note that this is probably not something you should emulate in real life.

“Til Valhall!” and the Norwegian Armed Forces

“Until Valhalla” may be tied to a thousand-year-old mythology, but its use in modern times is not without controversy.

One particular branch of the Norwegian armed forces called the Telemark Battalion drew criticism in 2010 when a video was published of one of its commanders shouting “Til Valhall!” (Until Valhalla in Norwegian) to a group of soldiers along with suggesting that they were the “predators” of Afghan Islamist movement the Taliban.

The reason some Norwegians were upset by this is that the armed forces were meant to be in Afghanistan to work with the ISAF, a joint mission from NATO members to improve security in the region and keep Afghani people safe, so their shouting about hunting, death and Valhalla was seen as inappropriate.

“Until Valhalla” and suicide awareness

More recently, the phrase “Until Valhalla” has been picked up by nonprofit organizations focusing on the high suicide rates among armed forces veterans.

Here as well, the implied meaning is that those who died in combat are being honored and will not be forgotten.

There are several organizations that sell merchandise with the phrase “Until Valhalla” written on it, the proceeds of which goes towards funding suicide awareness and other lifesaving efforts targeted at veterans of the armed forces.

Using “Until Valhalla” if you’re not in the military

As we’ve said before here on Linguaholic, there’s no such thing as the language police.

Again, though, it’s worth considering whether any phrase you use in conversation is one created by and used by a specific group of people.

In this case, you’re probably better off not using “Until Valhalla” unless you yourself are in the military.

If you’re a civilian, your use of the phrase might be seen as you trying to pass yourself off as something you’re not.

Some members of the armed forces might also not like or use the phrase at all, as its use is certainly far from universal.

If you want to express your appreciation for the risks a soldier puts themself in on the battlefield, try the more general “Thank you for your service,” instead.