Reading about an article covering comma behavior may not be the most exciting activity to do when we’re bored.

But, I’d also like to highlight that doing so will definitely stimulate our brain cells, so the juice is actually worth the squeeze.

Join me in today’s discussion on breaking the barriers regarding the comma placement before the prepositional phrase “due to.”

When is a comma necessary before the phrase “due to?”

A comma before the prepositional phrase “due to” is necessary when it introduces parenthetical, nonrestrictive information or when it appears either after a parenthesis or an introductory expression. Parenthetical remarks are additional ideas that are used to pepper perfectly grammatical statements that need to be segregated with commas. However, when the idea introduced by “due to” is grammatically essential in light of meaning of the whole sentence, then no comma should be placed before it.

Getting to know “due to”

“Due to” is a prepositional phrase that roughly means “caused by,” and it is often incorrectly used as a direct replacement to “because of.”

Also, it is used to provide the reason or the cause of circumstances such as an action, event, or decision.

More particularly, we can label “due to” as an adjectival causative prepositional phrase that needs a subsequent noun to convey comprehensible meaning.

Although “due to” seems to express very similar meaning to “because of,” it operates differently from the latter.

Here’s how to use the adjectival prepositional phrase “due to”.

The meeting cancellation was due to the storm.

And here’s how to use “because of.”

The meeting was canceled because of the storm.

The phrase “due to” also contains a relatively formalistic connotation, thereby making it quite popular in academic and legal writing.

Hence, recklessly using it in casual situations may account for a language register clash, which is generally viewed as “pretentious.”

Placing a comma before “due to”

The question of whether a comma should come before “due to” seems to puzzle a lot of people online these days.

So, here’s a breakdown of easy-to-follow guidelines to know when to place a comma before it.

When “due to” introduces parenthetical information

A parenthesis is a stylistic device that allows writers to insert interruptive thoughts within a text. 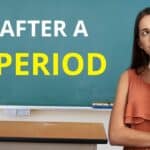 Comma after a Period — The Complete Guide

Comma before “after all”: The Complete Guide 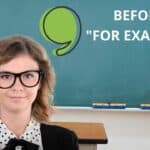 Comma before “for example” — The Complete Guide 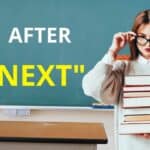 Comma after “next” — The Complete Guide

These thoughts or ideas make sentences more interesting, non-monotonous, and clear, which keeps the reader engaged.

The meaning expressed by parenthetical information is nonrestrictive or syntactically insignificant to the holistic meaning of the statement.

And thus, taking it out will not hamper the grammaticality of the sentence in which it appears.

Pieces of removable information are encapsulated or marked by commas to signal grammatical irrelevance, as well as prosody or rhythm.

The commas help in informing the reader that the encapsulated information is worth paying some attention to, simply because the writer intends to do so.

Accordingly, when “due to” is intentionally used to introduce a parenthetical remark, the pre-comma placement automatically applies, too.

Using “due to” parenthetically is uncommon because, most of the time, reasons are always treated as an essential sentence element.

But, to illustrate the above-mentioned explanation, a mid-sentence parenthesis may look like the next example.

She had an untimely and brutal death, due to repetitive physical mutilation for forty-four days, in the hands of her captors.

The encapsulation of the parenthetical information above emphasizes the reason for the first clause, thereby suggesting the writer’s intention to invite the reader to pay more attention on it.

The commas may also be replaced with parenthetical marks for easier reading.

She had an untimely and brutal death (due to repetitive physical and mental mutilation that lasted for forty-four days) in the hands of her captors.

To know whether the sentence will still function without the parenthesis, we can remove it and see what remains.

She had an untimely and brutal death in the hands of her captors.

The sentence works, and therefore, parenthesizing the adjectival prepositional phrase is possible, which can also be positioned at the end of the sentence.

If the writer intends to delay the emphasis, then the parenthetical information can simply be moved towards the end of the sentence.

She had an untimely and brutal death in the hands of her captors, due to repetitive physical and mental mutilation that lasted for forty-four days.

When “due to” appears after a parenthesis

Now that we know that parenthesizing some remarks entail comma placement, then we can also deduce that a pre-comma is necessary, too, when the due-to phrase comes after a parenthesis.

Of course, the parenthesis must be located somewhere in the middle of the sentence in order to make this happen.

The country has been suffering from endless atrocities, as depicted by the media, due to political collusion and corruption.

The closing parenthetical mark automatically serves as the pre-comma to the prepositional phrase.

When “due to” appears after an introductory expression

The last condition in which a pre-comma must not be forgotten is when “due to” comes after an introductory expression.

Introductory expressions can range from a single word to a whole clause which need to be separated with a comma from the main idea in the statement.

Introductory expressions, such as transition words and phrases, provide initial context to the reader that allows him or her to get the hang of the main idea more easily.

Here’s how we can use “due to” after a resultive conjunctive adverb, whose job is to create a logical connection between and among ideas.

Consequently, due to uncontrollable circumstances, the public began to think that the senator is unreliable.

Take note that it is also possible to remove “consequently” in the example above, which means that introductory elements may also be regarded as sentence-initial parentheses.

Due to uncontrollable circumstances, the public began to think that the senator is unreliable.

The incorrect comma placement before “due to”

Now that we have seen the cases that necessitate the pre-comma placement, let’s also have a look at the circumstances where no comma should be found.

In contrast to the grammatically insignificant parenthetical remarks, we may also use “due to” to introduce restrictive or grammatically-essential information.

When “due to” introduces mid-sentence restrictive information

A grammatically essential piece of information, apparently, contains meaning that is irremovable from entire sentence.

In other words, removing the restrictive information will make the holistic meaning of the sentence incomplete, especially when the goal is to express causality.

The spike in the crime rates is due to the recession.

To compare the essential from the non-essential “due to,” let’s try removing the entire adjectival prepositional phrase.

The spike in the crime rates is.

Without the due-to phrase, the remaining words would not be able to convey complete meaning, and thus, the comma is going to make the sentence incorrectly structured.

Here’s one more example sentence in which the meaning of “due to” is highly essential.

Cerebral atrophy due to long-term torture is common among all the patients in Ward C.

The due-to phrase is an essential element in the example above because the sentence is referring to a particular set of patients.

Moreover, we can also understand that “long-term torture” is the exact reason for the disorder and not other conditions like alcoholism nor age.

The structure of the sentence provides an idea that the statement is likely to be found in a formal medical text due to the lack of literariness in the language used, as well as the neutrality of the tone.

Deciding between “due to” and “because of”

Interestingly, although both phrases may superficially suggest the same meaning, they are, again, used differently, at least in the traditional grammatical perspective.

If you’ve been wondering how to know whether you should use “due to” or “because of,” take a closer look at the next examples.

Which sentence is correct?

While an ordinary person might say both are fine, a grammar stickler would definitely say that the second sentence is the correct one.

Technically speaking, the second option is the best way to use “due to” which means “caused by.”

Whereas, the first sentence should have used “because of” instead.

The flight was delayed because of the bad weather.

Although a certain distinction exists between how each phrase should be used, the first usage given is already considered as standard English at present.

But in case you want to follow to traditional rules, the trick is to simply try replacing “due to” with “caused by.”

If the sentence makes it possible, then “due to” is the appropriate phrase.

Correct: Her retirement was due to the early onset of her Alzheimer’s disease.

Possible:Her retirement was (caused by) the early onset of her Alzheimer’s disease.

However, if the sentence does not allow you to do so, then the appropriate phrase should be “because of.”

Correct: She retired because of the early onset of her Alzheimer’s disease.

Impossible: She retired (caused by) the early onset of her Alzheimer’s disease.

Frequently Asked Questions on “Due To”

Is “due to the fact that” considered wordy?

Supporters of concise and plain language use would say that using “due to the fact that” is unnecessary. However, it is important to understand that using it in academic or legal writing is still relatively common, although it has been steadily decreasing for a century now.

What is an example of using “due to + v-ing” pattern?

We can use a gerund (a verb ending in -ing that functions as a noun) after “due to” as in “due to binge-eating,” “due to oversleeping,” or “due to overloading.”

Can we use “because of” instead of “due to?’

At present, the English convention accepts “because of” instead of “due to” to denote the meaning “attributable to.” However, traditional grammarians treat this as a language misuse. The traditional and stricter rule suggest that “due to” must be used after a nominal subject, while “because of” should be used after a clause. For example, “His anxiety issues are due to past traumatic events.” But, we should say “He is suffering from anxiety issues because of past traumatic events.”

Comma decisions can be one of the trickiest things to do in writing, not to mention draining.

However, practice certainly increases the likelihood of familiarity and improvement, which does more good than harm.

So, the next time you get caught in the weeds with punctuation, please don’t hesitate to visit our humble site once more. See you!