An important medical research organization is holding a conference, and they’re inviting doctors, researchers, and other medical professionals from all around the world.

There will be people from China, Brazil, Russia, Norway, and many other countries at this event. However, many of these medical professionals don’t speak the same language.

Norwegian and Chinese are a world apart, and a Russian doctor will have a hard time understanding Portuguese.

So, how are they all going to communicate? Luckily, we have a global lingua franca, a language used for communication between different sociolinguistic groups, and that language is English.

With English, people from diverse backgrounds can come together and collaborate in an unprecedented way.

While many lingua francas have existed and continue to exist in many regions of the world, none are as ubiquitous as the English language.

So, how did English become so widespread? In this article, you’ll see a summary of the English language, how it came to exist in the first place, why it has spread so far, and what its future might be.

English, as it is currently spoken, has not always existed. Before the Norman conquest of England in the late 11th century, English looked a lot closer to Danish than it does today.

That’s because English evolved from the language of the Angles. The Angles were a group of people from Jutland, located in modern-day Denmark, who migrated to modern-day England from the 5th century through the 11th century.

As they formed kingdoms, traded, and spread their influence, their language became more common throughout the island and would eventually develop into Old English.

However, Old English wouldn’t remain untouched. In 1066, the Normans, a group of French-speaking warriors from Normandy, won the Battle of Hastings and cemented their control over England.

Following their victory, Norman French became the prestige language of England. In fact, until the mid-15th century, English kings didn’t even speak English as their native language.

Given the importance and prestige of the French language following the Battle of Hastings, Old English slowly adopted French loanwords, pronunciations, spelling, and elements of syntax.

Middle English was spoken until about the mid-16th century, and although it resembled modern English much more than Old English, a native English speaker in the 21st century would still not be able to understand the language.

As time passed, more people started to use Middle English in writing, and the language became more standardized.

With the help of the King James Bible, Chaucer, Shakespeare, and other prevalent English authors and playwrights, Middle English developed into early modern English.

After several centuries of refinement, literature, codifying, and evolution, English evolved into a more recognizable form to people today.

Still, English was mostly limited to England and the surrounding areas for a long time, so let’s take a look at how the modern English language became widely diffused across the globe. 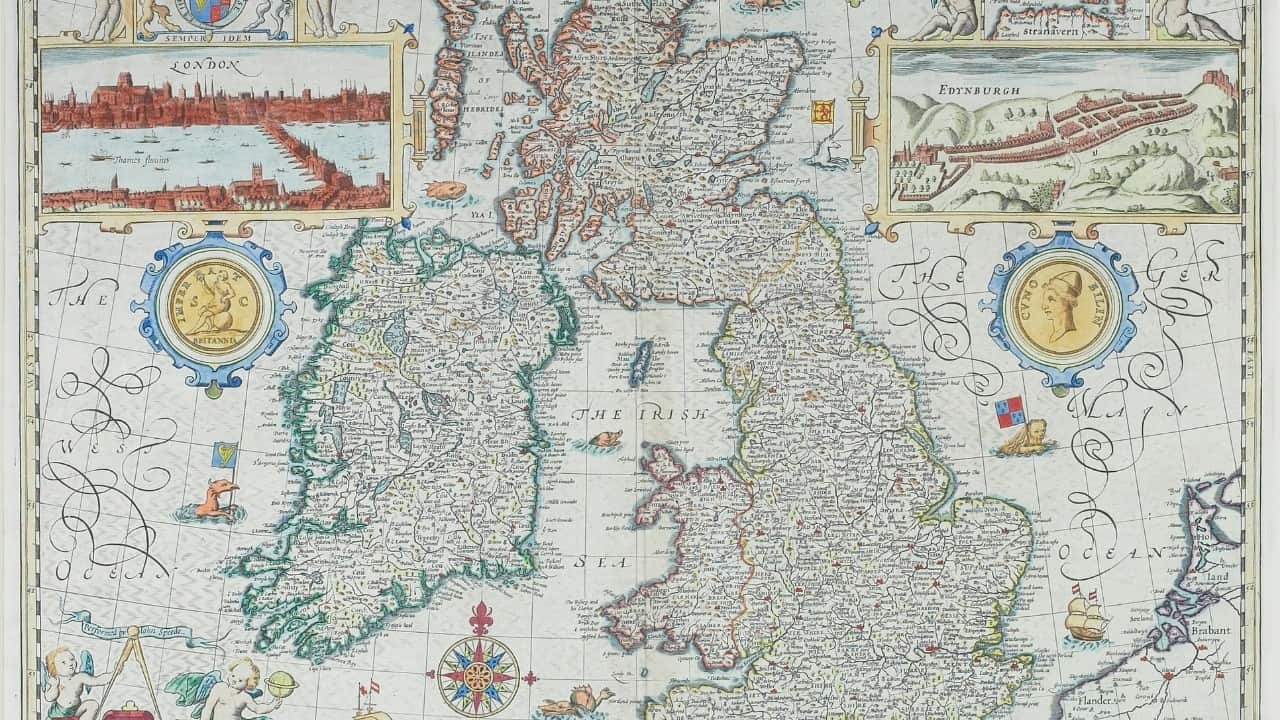 These days, almost everyone in Scotland, Ireland, and Wales can speak English with native proficiency, but these regions have their own languages, so how did this happen?

In short, England conquered these lands. England invaded Scotland and Wales in the late 13th century, so the aristocracy adopted Middle English, and more and more people learned to speak English as the centuries passed.

Sadly, so many people were forced to speak English that Welsh and Scottish Gaelic are only spoken by a minority of people in their native lands.

Ireland was conquered in the mid-17th century, and after a policy of English supremacy for several centuries, very few native Irish speakers remain. However, the trend of English conquest isn’t just limited to the British Isles.

Colonization Across the World 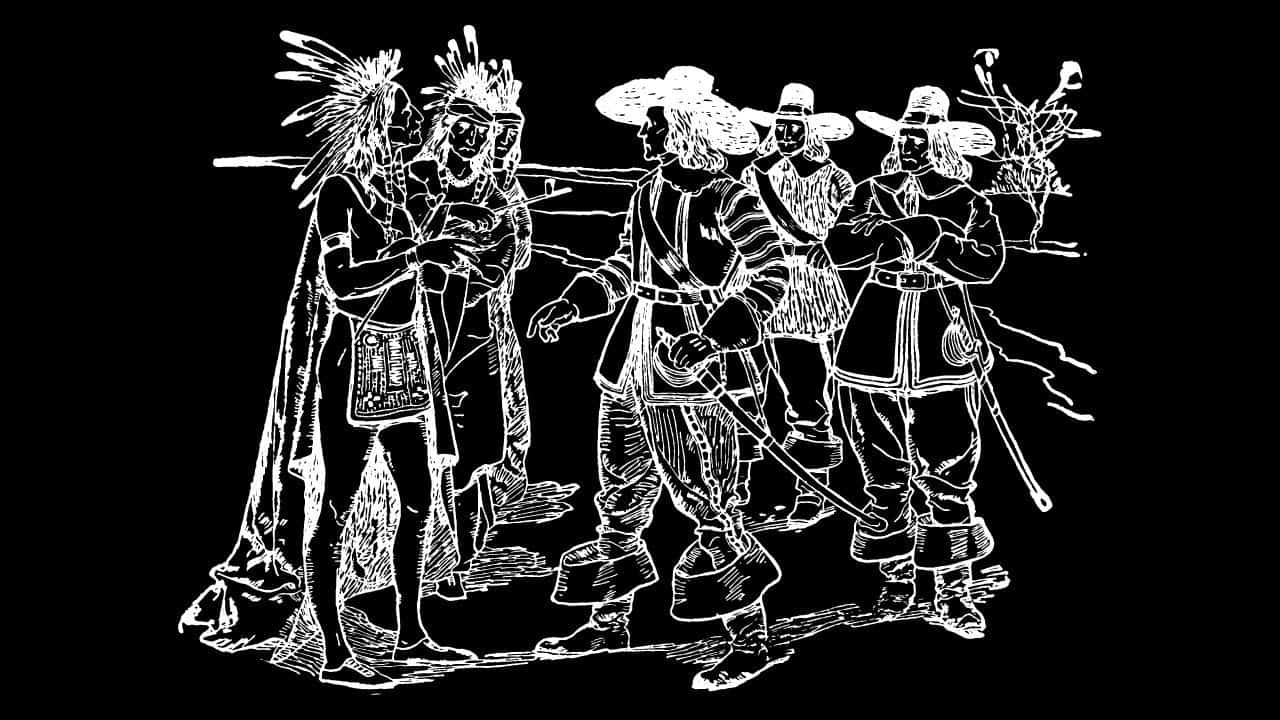 After the discovery of the Americas by European powers in the 15th century, England, which slowly evolved into the British Empire, scrambled to take as much of the New World as they could.

The United States declared independence in the late 18th century, won the Revolutionary War, and expanded to the west coast.

As they did this, they conquered and subjugated many native tribes and peoples, moved them onto reservations, and forced them to learn English. While some native languages survive, most are severely endangered, and almost all American Indians speak English today.

Canada follows a similar story to the United States in many regards. The big difference is that they didn’t achieve independence via a violent revolution, and they still maintain French as an official language alongside English.

Spain and France pulled out of North America over the years, so English became even more dominant throughout the continent.

Nevertheless, Great Britain wasn’t content to only spread their influence to the Americas. Starting from the 15th century, Several valuable trade goods started to come from the Indian subcontinent and Southeast Asia.

For these goods to reach Europe, they would have to pass through the Ottoman Empire, and they would be heavily taxed in the process. The European powers weren’t happy about this, so they found a more lucrative solution.

In line with the standard for European powers of the day, starting in the 17th century, the United Kingdom colonized large chunks of the Indian subcontinent, Myanmar, Hong Kong, and other areas in Asia and Oceania.

They also colonized Australia and made it a penal colony. Eventually, Australia would gain independence and maintain English as its official language.

Similarly, India and many former British colonies in these areas still use English as an official language in some capacity, usually alongside one or more native languages.

While the British Empire and other European powers had participated in the slave trade for several centuries, they didn’t start colonizing Africa on a large scale until the 1870s.

Africa was spread between the British Empire, France, Belgium, Portugal, Italy, Germany, and Spain for several decades, but with the devastation of the world wars, Germany and Italy lost all of their colonies, and France and the British Empire controlled the majority of the continent.

After decolonization, many of these new countries decided to keep the former colonial languages in an official capacity.

Since many of these countries consist of dozens of sociolinguistic groups, it made sense for them to use a foreign language so that no native ethnic group would have a linguistic advantage.

Furthermore, the infrastructure for English education was already in place, so it’s very practical for many African countries to keep using and teaching the language.

Replacing French as the Lingua Franca of the West

Before the rise of English, the French language, which had previously supplanted Latin as the Lingua Franca, used to be the preferred method of communication between nobles and elites in Western Europe.

However, with the final defeat of Napoleon Bonaparte in the early 19th century, English slowly supplanted the language in international communications as the United Kingdom became an even bigger player on the world stage.

As the United Kingdom and the United States grew in importance and military power throughout the 19th and 20th centuries, the English language became much more important as a global language for diplomacy. 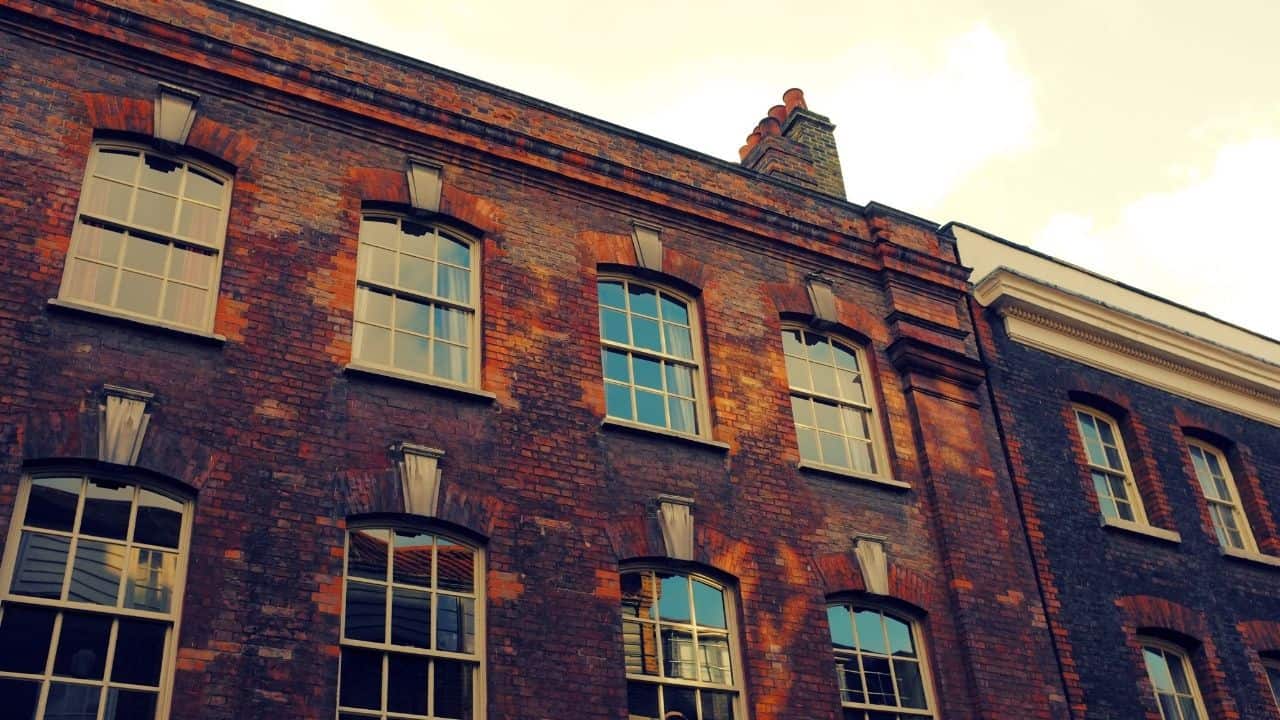 As the industrialization started to take hold in the late 19th century, international trade reached unprecedented levels. With this rise in global commerce, it became necessary for merchants, ports, airports, and other components of global trade to adopt a common language.

Now, a transaction between a Mongolian seller and an Armenian buyer will probably happen entirely in English. 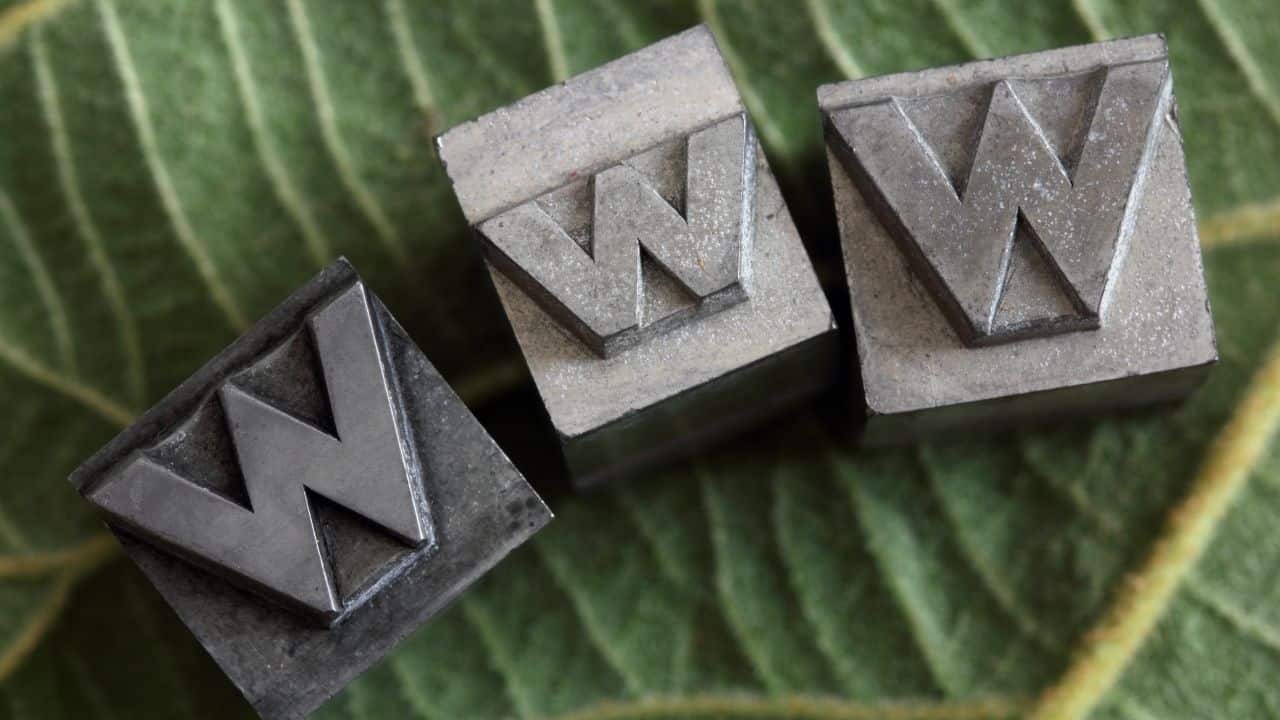 Before the fall of the Soviet Union in 1991, Russian was a very important lingua franca for a huge chunk of the world. While many former members of the USSR and Warsaw Pact still use Russian as a Lingua Franca, English is slowly becoming more important in these regions.

Around the same time as the fall of the Soviet Union, the internet was first implemented in an English-speaking country.

Therefore, much of the world’s online communication and web infrastructure is in English, so most web developers, coders, and regular people gain a huge advantage from knowing English and using it in their day-to-day lives.

The Future of English

Between the British conquests, colonization, globalization, and the rise of the United States as the global military power, English is more important now than ever before.

The global infrastructure for English instruction and everyday use is strong. Unless there is a huge economic downturn or natural disaster that limits international communication, people will still want to learn English for quite some time.

While another language may rise to greater prominence as the global geopolitical situation evolves, for now, English is the dominant lingua franca, and it will maintain that position in the foreseeable future.