No matter how many times you use the word now and commas together, you might still get confused about whether you are doing the right thing.

You are not the only one experiencing this.

English can be a complicated language with complex punctuation rules, especially when it concerns comma usage.

In this article, we are going to discuss the comma usage with the word “now.”

Do you need a comma before or after “now”?

“Now” is an adverb. This means that it should follow the comma rule that applies to adverbs.

The rule says that when the adverb is placed in the middle of a sentence and modifies an entire clause, you can use a comma after.

Meanwhile, if it is only modifying a single word, there is no need for a comma to be placed after the word.

However, some exemptions are depending on how “now” is used and where it is positioned.

The meaning and part of speech of the word “now”

Comma rules can be quite difficult to master if you are not familiar with the part of speech.

The first step to knowing whether you need to use a comma before the word “now” is to know what part of speech it is.

“Now” is a temporal word, which means that it is an adverb of time. It means “as of the moment” or “at the present.”

The word “now” typically appears in the last part of a sentence. For example:

My mother worked here, and my sister works here now.
I’m not in the mood now.
Should we go now?

In some cases, “now” can also be used in the middle of a sentence. Here are some examples:

He used to work in town as a banker; he now works as a teacher.
That girl is an aspiring actress who is now on her way to acting classes.

The word “now” can also function as an interjection sometimes. It is typically used to express resentment and divert attention in the middle of a conversation.

The word “now” can be premodified. This is the case with the phrases “just now” and “right now.” Here are some examples:

I thought I saw you just now, going to the bathroom.
I can’t talk right now because I’m busy.
I will go check on her right now.

Using a comma before “now”

There is generally no need to use a comma before the word “now.”

However, in writing, a common function of a comma is to put a pause. This means that you can technically add a comma before it if you want to emphasize the “now.” Here’s an example:

I am checking this, now.[/su_note]

The comma before “now” emphasizes that the speaker is doing the action as of the moment. However, it can be considered as an elliptical clause. 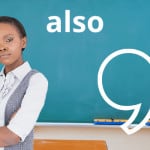 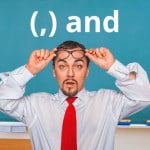 Comma before “and”: The Definitive Guide

An elliptical clause is where something is omitted because it is already understood. In the case of the example above:

I am checking this (and I must do it) now.

Using a comma after “now”

When “now” is used as an introductory word

When the word “now” is the beginning of the sentence and functions as an introductory word, a comma should be placed right after.

This follows the rule that introductory words, phrases, and clauses must be followed by a comma right after.

In simple words, you need to put a comma when the “now” is placed at the beginning of the sentence.

This makes it easier to understand the main idea of the sentence and emphasize to the readers that it emphasizes the next clauses.

Now, if you followed the instructions, none of this would have happened.

In these examples, “now” is followed by a comma because it modifies the two succeeding clauses.

When “now” is used as a discourse marker

Another instance where you must put a comma after the word “now” is when it is used as a discourse marker.

When “now” is used as a discourse marker, it often signals something new.

This is why it is used when introducing new ideas and giving new topics. It somehow similarly functions with the word “okay.”

Now, before we begin our class, let me introduce a new student.

When not to add a comma after “now”

“Now” can be added with “that” and used as a conjunction. In this case, there is no need to add a comma.

Now that I have your attention, can I give you a piece of my mind?

That can also be omitted if you are writing for formal purposes. The result will be like this:

Now the weather’s gloomy, we can stay in bed and cuddle.

Another instance when not to add a comma after the word “now” is when it is used as an adverb of time.

She now works as a cashier at the mall.
I am now going to see a movie.
We’re now discussing the future concept.

In the sentences mentioned above, there is no need for you to use any comma. 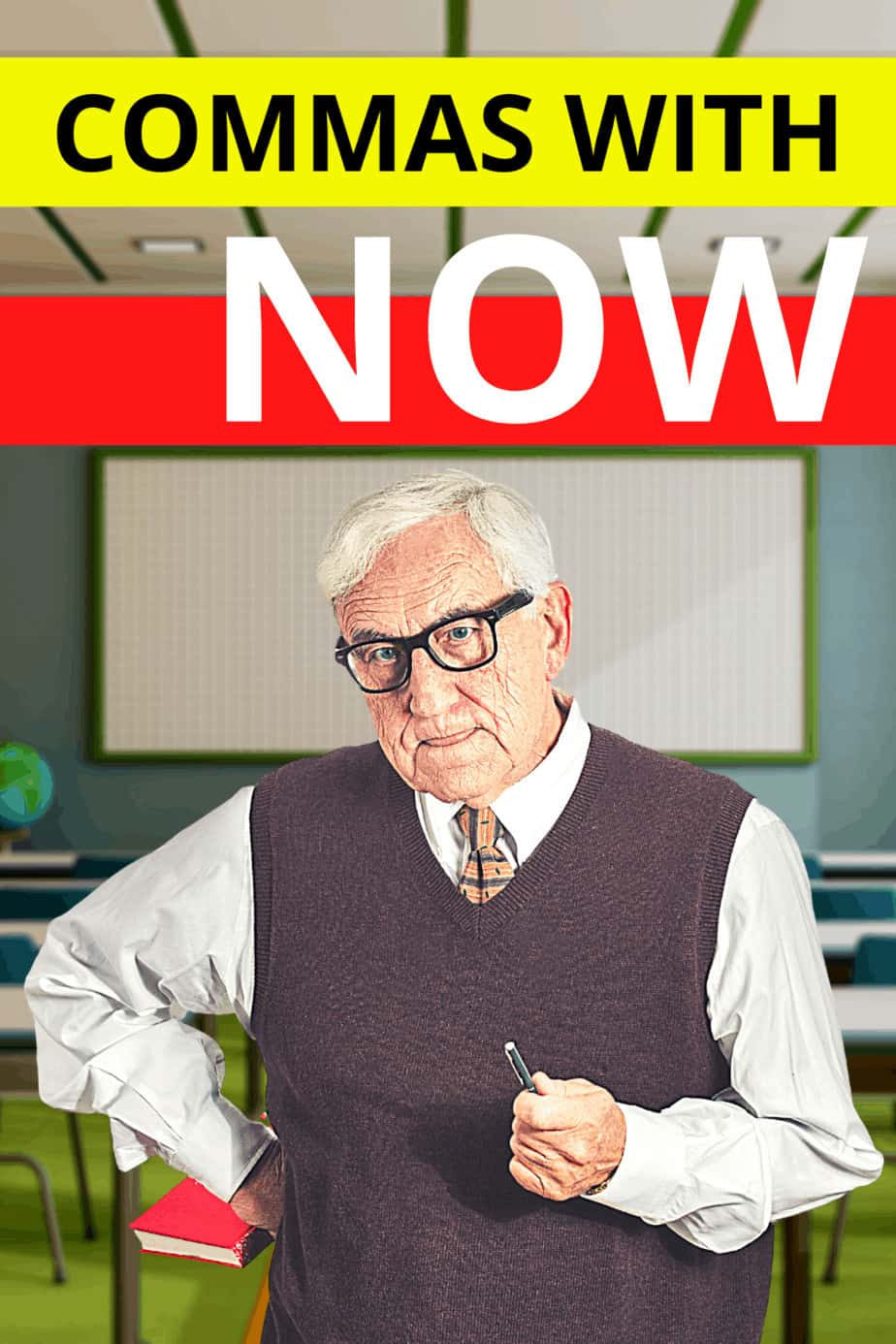 Comma before or after now: Bottom line

There is no need for you to use a comma before “now” unless you intend to emphasize it.

However, there are several instances where you will need to put a comma after the word “now.”

These instances include when it is used as an introductory word, a modifier of a clause, and as a discourse marker. In these cases, using a comma is desirable.

When “now” is used as an adverb of time modifying a single word, there is no need to use a comma before and after it regardless of where it is positioned in the sentence.

The use of the comma on the word “now” may sound confusing to you.

However, if you are familiar with the basic part of speech and comma rules, it is easy to master.

Just take note of the information and rules mentioned above, and you will definitely know exactly when to use a comma before and after “now.”