This means that as we get older, we gain more ability to utilize higher forms of speech elements such as adverbs.

This post aims to present comma-related guidelines to the adverb “obviously,” as well as its usage in sentences.

Is a comma necessary before “obviously”?

For the most part, a comma is not necessary before “obviously,” an adverb of emphasis. However, it may be required when “obviously” is used as the initial parenthetical expression and when it comes after a mid-sentence parenthesis. A comma may also appear in front of obviously when it subsequently follows an introductory expression in a sentence.

Should there be a comma after “obviously”?

“Obviously” should be succeeded with a comma when it is used as an introductory expression in a sentence, also known as a disjunct. Also, a post-comma should be placed when “obviously” is used as the last word in a parenthetical expression inserted mid-sentence.

The comma before “obviously”: In-depth analysis

As mentioned earlier, a comma may not necessarily be seen before “obviously” except for a couple of notable cases.

Let’s look at each case in detail.

A parenthesis, which takes the plural form “parentheses,” is additional information inserted by the writer to create emphasis.

These linguistic elements may be used both in oral and written discourse to assist persuasion as well as elicit humor.

Parenthetical elements are offset with commas on both sides when inserted mid-sentence, and a pre-comma only when attached at the end.

The role of parentheses in persuasive discourse is inarguable as they drive a substantial impact on readers and listeners.

As regards grammaticality, this rhetoric device is disposable, and thus, removing parenthetical components will still constitute a sensible sentence.

Commas are essentially placed around parentheses to mark their segregation from the rest of the information, as well as to signal readers that the expression is grammatically-dispensable.

Therefore, a comma should precede “obviously” when it is used parenthetically.

Both Aristotle and Plato are prodigious rhetoricians, obviously.

When “obviously” is inserted parenthetically in the middle of a sentence, the default comma must also come before it. 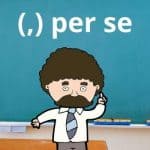 Comma before “per se”: The Definitive Guide 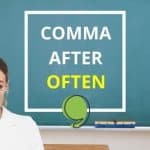 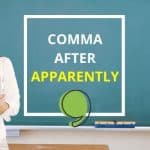 Comma before “too”: The Definitive Guide
Ms. Vidal’s life was put in danger, obviously because of her husband, yet she stayed adamantly calm and kind to him.

Parenthetical interruptions are, again, essential in the persuasive discourse; therefore, commas are also equally-important tools that facilitate the rhetorical process.

Now that the function of parenthetical commas has been explained, the guidelines in this section should come across effortlessly.

As parenthetical expressions necessitate a post-comma placement, the same comma should precede “obviously” when used thereupon.

Layla held her words back, painfully swallowing down a sob together with her pride, obviously choking at her own mistakes.

“Obviously” in the sentence above modifies all the subsequent words at the end of the sentence.

The parenthetical fragment, which syntactically functions as an adverbial, helps in emphatically illustrating the emotion felt by the subject.

As the parenthesis is grammatically optional, the sentence should still make sense even after its removal as presented in the succeeding example.

Layla held her words back, obviously choking at her own mistakes.

The parenthetical function now transfers to the fragment introduced by “obviously.”

Hence, removing the fragment further would still demonstrate complete grammaticality when only using the remaining words.

Layla held her words back.

To sum, commas, therefore, complement parenthetical expressions in the successful conveyance of relevant and interesting yet grammatically-dispensable information.

The introduction of a sentence is crucial in providing background context to the reader.

It functions as a doorway to the topic that prompts the reader on what to expect later, and thus, it helps in disambiguating the writer’s intended meaning.

Introductory statements may be words, phrases, fragments, and dependent clauses which are set off with commas at the end.

Therefore, a comma should be placed before “obviously” when it comes after any introductory expression.

Poisoned by apathy, obviously lacking any interest and enthusiasm, she did not cringe nor flinch when she heard the news.

The fragment introduced by “obviously” also acts as a parenthetical device in the sentence above.

Hence, the sentence would still be well-formed despite removing the fragment.

Poisoned by apathy, she did not cringe nor flinch when she heard the news.

The comma after “obviously” in utmost detail

“Obviously” may freely roam around the sentence just like other general adverbs.

A few syntactic and stylistic guidelines may also prompt a comma placement after “obviously” in sentences.

A post-comma specifically occurs when it acts as a disjunct, which syntactically functions similar to the previous explanation on introductory expressions.

Another case is when “obviously” is used as the last word in a parenthetical statement particularly in the middle of a sentence.

Disjuncts are adverbs that are used to indicate the opinion or the inner thoughts of the writer in light of the whole sentence.

Similar to the parenthesis in stylistics, disjuncts are grammatically-unrelated to the sentence but are rhetorically-essential in conveying the sentiment or mood of the writer or speaker.

When a disjunct ends the sentence, a pre-comma is necessary.

However, when it starts a sentence, a post-comma must be used instead.

Obviously, miscommunication was the central source of their issue.

Disjuncts may also be compared to a parenthetical expression positioned at the beginning of a sentence because it aims to draw attention and at the same time grammatically-omissible.

In particular, a mid-sentence parenthesis should induce a post-comma placement when “obviously” is used as the last element.

Living under the radar, nonetheless clearly and obviously, John is having the best time of his life.

The parenthetical statement containing “obviously” necessitates commas around as it more likely serves as an accidental thought included by the writer to create an emphatic effect. 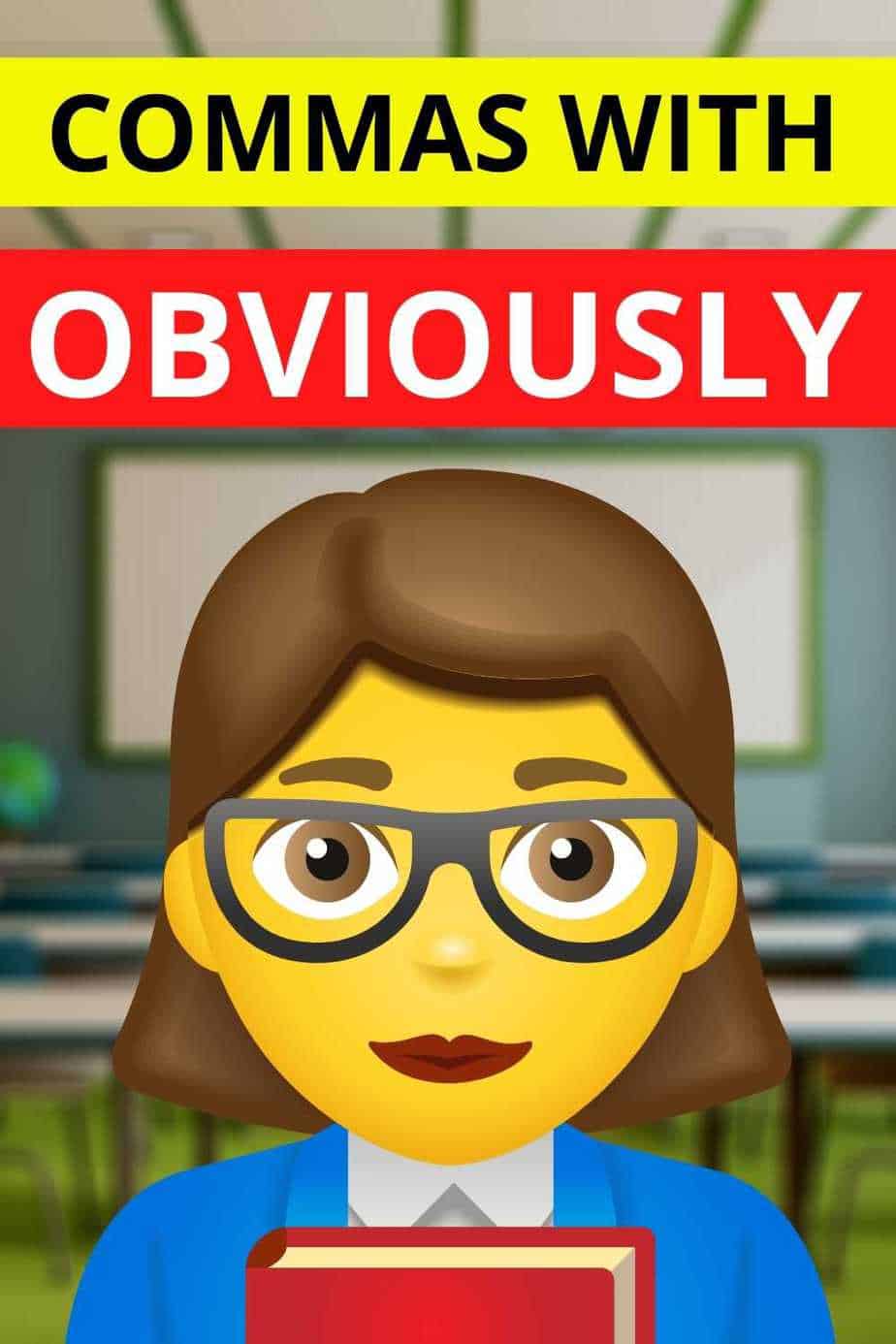 Commas before and after “obviously”

As “obviously” may also be used as a single-word parenthesis, this means that two commas should single this word out from the rest of the sentence.

This particularly happens when it interrupts the sentence somewhere in the middle as a result of an exceedingly overt emphatic purpose.

He’s not coming back, obviously, so you had better pull yourself together.

Stylistically speaking, the parenthetical use of “obviously” in the sentence above serves as a double-edged sword as it already is an empathic adverb per se.

The inessential comma on both sides

“Obviously” is as flexible as other general lexical adverbs which means that it can be liberally placed almost anywhere in the sentence.

It can be used to modify verbs, adjectives, adverbs, and even an entire sentence or clause depending on the intention of the writer.

Furthermore, a pre-comma is not used when it serves its adverbial function minus the emphatic effect induced by parenthesized ideas.

Without commas, the statement’s prosody would be reduced to a more formal and neutral as opposed to a persuasive and emphatic tone.

When “obviously” behaves in such manner, a post comma is inessential, although a post-comma placement may be necessary when it serves as a disjunct at the beginning of the sentence.

Let’s tackle these instances one by one in the following sub-sections.

When we want to imply certainty towards the main verb used in the sentence, we may add an intensifier before it.

The proximal distance of an intensifier to the verb draws out the focus that the intensifier aims to modify the verb instead of another constituent in the sentence.

With this, readers could then understand that the writer undoubtedly aims to highlight the action done as opposed to other sentence elements.

We need not place a pre-comma in this case.

Rodney obviously realized that his egotistical words had offended Jane.

Similarly, when a writer aims to draw focus on the adjectival complement, the intensifier may be placed before it.

This adverb placement transfers the emphasis to the adjective instead of the other parts of the sentence.

Commas are not mandatory in this type of construction as well.

Jane was obviously perplexed by how Rodney talked to her.

Thirdly, adverbs also have the ability to modify other adverbs in the sentence.

This typically happens toward the end of the sentence, although not limited to, when the writer aims to delay the emphasis.

Jane and Rodney were not on the same page rather obviously.

“Obviously” may also be found in another sentence such as in the example below wherein it modifies a spatial adverb in a dependent clause.

Since they are obviously here, then we can start the session.

Obviously: A lexical background on

“Obviously” is an adverb of emphasis formed by adding a suffix to its adjectival and nominal form, “obvious.”

The word is etymologically based in Latin and a result of combining “ob-” and “via”, which means “before” and “way” respectively.

It can also be negatively turned into “unobviously” or “non-obviously,” with the latter being the more widely-accepted version.

Semantically categorized as an adverb of emphasis, or intensifier, “obviously” is used to modify and highlight another lexical item, phrase, or clause in a statement.

As adverbs per se are internally heterogeneous and regularly derived from adjectives, language experts have referred to this word category as a “rag-bag” or “dustbin.”

The heterogeneity of adverbial types and syntactical function somehow contributes to a learner’s rather late acquisition and mastery compared to more functional categories like nouns and verbs.

The English language may or may not come across easily to native and non-native users alike.

The complex learnability of both the syntactic and stylistic functions of words and punctuation marks are the culprits of this controversy.

One thing’s for certain, though, is that linguistic literacy builds on through time, for as long as constant exposure and usage are practiced.

Hence, no matter how confusing English may seem at some point, learners should just get it over with instead of speculating too much.