Of all the punctuation marks that we writers have to wield, the comma may be the hardest to master.

Why, I hear you wonder, are commas so unwieldy? After all, aren’t there plenty of grammar books and style guides telling you how and when to use these little creatures?

Yes, there are several style guides you can reference, and many of them will give you clear cut rules on comma usage.

However, there are two problems. Firstly, many of the rules are counter-intuitive and may take a while to get used to.

For instance, I still make the mistake of using a comma with a subordinating cyonjunction even though I shouldn’t.

The second problem is that, sometimes, comma usage is purely a stylistic choice. In other words, whether you use a comma or not in these situations is entirely up to you.

In theory, this might seem like it makes using commas easier, but, in practice, it just muddies the waters further because you no longer become certain when a comma is mandatory and when it isn’t.

To see this last point clearly, let’s look at a word like “either” and see how it interacts with commas.

Should you use commas with “either”?

The short answer is that “either” wears many hats, and in most cases, you don’t need a comma even if you think you do. The only case where you can choose whether to put a comma or not is when “either” is acting as an adverb.

The many faces of “either”

“Either” can play one of four roles. It can be a conjunction, a determiner, a pronoun, or an adverb. Now, in three of these four cases, you won’t need a comma unless the sentence structure dictates it. It is only when “either” acts as an adverb that a comma becomes necessary.

There are different types of conjunction. For instance, you have coordinating conjunctions that tie two independent clauses together and always need a comma.

However, “either” belongs to a third category, correlative conjunctions. These are the types of conjunctions that can tie to clause together by either giving them the same subject, the same predicate, or some other common feature.

Either Samantha or Michael will get the scholarship.
The above sentence should originally read as follows. 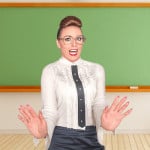 The 6 Most Common Comma Mistakes and How To Fix Them 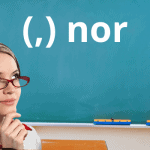 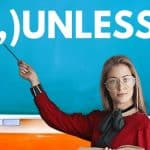 Samantha will get the scholarship, or Michael will get it.

However, to avoid redundancy, you can tie the two ideas together and make the two subjects share the same predicate.

The government will either increase the interest rate or keep it as is.

Either the team will win as a unit, or they will lose as individuals.

Other correlative conjunctions include “neither…nor,” “both… and,” “whether…or,” and “not only…but also.”

Neither the mayor nor the sheriff knew anything about the president’s surprise visit.

Both the trees and the flowers blossomed after the rain.

Whether Adam or Jennifer gets the job makes no difference to me.

This book is not only engaging but also informative.

Do you need a comma with correlative conjunctions (such as either)?

Now, the general rule is that you never use a comma with a correlative conjunction, even when tying two independent clauses together.

Obviously, there might be some external factors that necessitate the usage of a comma. For example, a parenthetical statement might force you to use a comma in an “either … or” construction.

Either the volcano will erupt, which would be catastrophic for the neighboring village, or the mountain will cease to rumble eventually.

The other exception to the rule is when using the correlative conjunction to tether two independent clauses together.

Not only is the weather hot, but the humidity is also causing me to sweat bullets.

When you use “either” as a pronoun, you are effectively talking about one of two things or one of two people.

The bag and the suitcase are both large enough to carry these papers. Can you bring either of them here?

“Either” the pronoun is often paired with “of,” and it takes the singular form of a verb when it comes at the head of a sentence.

These are two excellent films. Either of them has a chance at winning best picture this year.

This pronoun is also known to be used a lot in negative statements.

Do you want fries or coke with your order?

No thanks, I am not in the mood for either of those options.

Does Either the pronoun take a comma?

As you may have noticed, “either” the pronoun doesn’t need a comma. It is a pronoun and should be treated as such.

Determiners let us know which object or person we are talking about. So, when we talk about “the book,” we are referencing a particular book, whereas “a book” doesn’t have a specific book in mind.

Similarly, when we say “either book,” we are talking about one of two books.

If either candidate wins this election, I will be disappointed.

This determiner also tends to be paired often with negative statements.

I don’t know either musician.

Should you use a comma with “either” the determiner?

It should go without saying that determiners don’t take commas normally. After all, you wouldn’t place a comma after “the” without good reason, would you? In that same vein, “either” the determiner doesn’t need a comma.

Finally, “either” can play the role of an adverb where it means “also” or “too.”

I am a fan of the Beatles, too.

I was also surprised when she lost the race.

Should you use a comma with “either” the adverb?

The book wasn’t good, either.

The book wasn’t good either.

Both of the above sentences are correct, and you can go for either one.

Fine, how do you choose which one to go for?

It depends. Are you trying to emphasize the “either” or not?

If you want to emphasize it, then you can make it parenthetical by placing a comma.

Alternatively, if you don’t want to accord it that much importance, then drop the comma and leave it as a natural part of the sentence. The same goes, by the way, for “too.”