If you’re familiar at all with Japanese media, you’ve probably encountered the word kimochi quite a few times and in quite a few different contexts. In fact, you may have even heard it and not realized it, as it’s morphed into some slang forms as well.

In this article we’ll cover the basic meaning, as well as dive into the characters a bit, and see how it’s used in various ways.

But let’s start at the beginning—what does kimochi mean?

What is the meaning of kimochi in Japanese?

Kimochi is a “feeling.” This type of feeling is usually one brought on by some stimulation and is something of a non-persisting state of feeling. Kimochii (with a long -ii sound) means “good feeling.”

The characters in kimochi

Kimochi can be written a few ways in Japanese. First, there’s all hiragana: きもち. Then we have all katakana: キモチ. These are straightforward, one-to-one connections between sound and syllable.

Then, we can write it with a mix of hiragana and kanji (Chinese characters) as 気持ち, or even as pure kanji just by dropping that last character to make 気持.

The meaning of this word is all being held up in those two kanji characters. So, let’s break them down.

The first character is 気. This is actually a newer form of a far older character (more than two thousand years old!) that comes direct from China, 氣.

There are some other ways it has been written throughout history, but we’re going to stick to these two main versions today.

This character has a pretty interesting etymology. 気 belongs to a category of characters known as phono-semantic compound characters.

What that means is that inside this little kanji there are hints to both is phonetic nature, as well as its meaning.

The phonetic component is 气, supposedly an abstraction of breath as visible on a cold day. This 气 character can be pronounced “ki” as well.

But, to top it off, because it’s a picture of breath, we get an incidental bit of semantic meaning as well. 气 means “spirit,” or sometimes “steam.”

米 is the character for rice. Rice, being one of the most important foodstuffs in Asia, is also synonymous with being the “spirit” of life itself. So, we combine the breath of life 气 with the food of life 米 and we end up with 氣.

Beyond that, you can even imagine the 气 (steam) rising off the cooked 米 (rice).

The second character is 持. This one also comes from China, but hasn’t changed much since ancient times.

Similarly to the previous character, it’s also a phono-semantic kanji (most kanji are).

It’s not immediately obvious how it all fits together due to the morphing of some base parts. 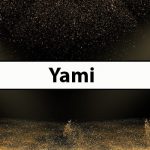 Shining Light on a Dark Word: the Meaning of YAMI 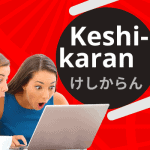 The Meaning of Keshikaran: a Strangely Complex Word 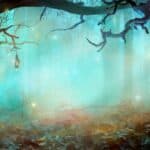 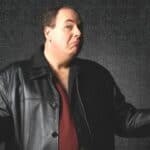 “Feeling some type of way” — Here’s What It Really Means

The phonetic component is on the right: 寺. This character means “temple,” but has no inherent meaning in 持; it merely provided a hint to the pronunciation.

The left side is a squished手, which means “hand.” So, it means to have something in hand, i.e. to hold something.

Putting the parts together

Together, we have the idea of spirit held in the connection of 気 and 持 to make kimochi.

So, it’s a feeling, a mood, or a sensation that you’re holding onto. Let that guide you when you think of how to use the expression.

It’s not something permanent, nor is it something wholly beyond your control, but rather something you are temporarily engaging with, aka “holding.”

Now that we are familiar with the base term, let’s see how it interacts with other words and parts of speech.

How to put this delicately? If anyone has indulged in some “private time” Japanese media, they may have heard “kimochi” used in a rather, uh, emphatic way.

This word is actually slightly different. What you’ve heard is kimochi-ii, with that drawn out “ii” sound. That “ii” means “good.” So, literally it means good feeling.

“Kimochi-ii” (気持ちいい) said aloud, and without any specifying qualifiers, can sound a bit, shall we say “over excited.”

You may also see/hear this word as kimochi-yoi. This introduces a new kanji character, 良, which means “good.”

To ensure that you’re not making anyone uncomfortable (or, perhaps, too comfortable) when you use this version of kimochi, you’ll want to surround it with context. Let’s look at some example sentences.

朝の散歩ほど気持ちいいものはない。
Asa-no-sanpo hodo kimochi-ii mono wa nai.
Nothing is as pleasant as a walk in the morning.

That said, if you find yourself in the happy embrace of a skilled paramour, feel free to let loose with a throaty “kimochi-ii” just like you’ve heard before—no extra context necessary. It’s a normal part of the emphatic discourse of intimate relations in Japanese.

I hope that was sufficiently obfuscated by overly polite English to avoid offending anyone, and clear enough to be understood!

This word has no hidden traps (that I know of), so feel free to use it at will. Keep in mind that this doesn’t just mean “bad feeling,” but very often carries a feeling of “grossness.”

This word also has a more “slangy” version, where the sounds have been compressed down into something shorter and, perhaps, easier to say. If you want to get your point across in a more casual way, you can say kimoi, which is written as キモい.

You’ll notice that I wrote kimoi in katakana, and that’s because it’s an unusual, slangy word. You can write it in hiragana as well, though. That said, due to it being slang, you’ll want to reserve this strictly for informal uses.

Also, this word seems to carry an even stronger feeling of “creepy” or “gross,” over the full kimochi-warui version which can encompass “bad feelings” of many kinds. Kimoi is a strong word, so be careful.

Don’t get it confused!

Another word can sometimes be confused with kimochi. And that’s kibun written as 気分. That second character 分 means “part.”

Kibun is a condition. Think “mood” or even a medical condition. It’s a partition of your spirit, an active part of you, as opposed to something external that you’re “holding” on to. Make sense?

Some last notes on kimochi

There’s a lot of variation possible here, and I want you to keep that in mind. Don’t become dogmatic about anything you learn in Japanese—the language changes frequently and intensely. That’s part of its beauty.

One example we can return to is kimochi-ii. This can also be expressed as kimochi-ga-ii (気持ちがいい). Alternatively, you could say ii-kimochi (いい気持ち) and convey the same feeling.

Shining Light on a Dark Word: the Meaning of YAMI

The Meaning of Keshikaran: a Strangely Complex Word

“Feeling some type of way” — Here’s What It Really Means

There’s also other words you’ll hear/see that can be translated into “feeling.” Kanji, kigen, kanjo, etc.

As you wrap these into your awareness of Japanese, make sure to understand their contextual usage through example sentences and the nature of the kanji used.

What does ike ike kimochi mean?

You may be slightly mishearing someone in the throes of passion. Basically, this means that the person speaking is reaching a, uh, climatic moment. This is derived from いく (iku), meaning “to go” or “to come” someplace. So, the person speaking is declaring that they are doing as such. I’ll, uh, let you extrapolate from there.

Is yabai a bad word?

Nah, it’s not a bad word, though it is slang. It’s a tough to accurately translate word, but it expresses that something is intense. It carries the sort of vague meaning, like “crazy” might in English. Yabai might mean “cool!” or even “terrible!” You’ll need to use context clues to suss it out yourself.

Yamete is a command meaning “Stop!”