There are some terms and expressions in English that have become so ingrained in our vernacular that we rarely give them a second thought.

Yet, most English speakers know that telling someone to “break a leg” is actually a form of wishing them good luck, and no one bats an eye when you use that expression. If anything, people in show biz use it all the time.

Another very common English expression is “to be under the weather.”Funnily enough, that expression has nothing to do with meteorology.

In fact, it means to feel sick or ill, and you can use it regardless of whether it is raining outside or there isn’t a single cloud in the sky.

Another expression, although not as colorful as the previous two, is “but I digress.”

It is one of those expressions that pop up every once in a while, especially when someone has been talking for a while or going on a tirade.

Let’s take a closer look at it and see what makes it interesting.

What does “but I digress” mean?

“To digress” is to get off-topic. It’s the sort of word you would use when you realize, perhaps a bit too late, that you’ve been rambling on for a while about something that had nothing to do with the original topic or question.

Now, when you say “but I digress,” you’re not only saying that you’ve gotten off-topic, but you’re also implying that you are now planning to get back on topic.

Any normal conversation tends to jump from topic to topic haphazardly. It very rarely is the case, unless you’re in an academic seminar, that a single conversation will be centered around a single topic without ever deviating or delving into other topics.

You will find this to be the case when you think about the last conversation you had with your friends recently.

Now, if conversations naturally jump from topic to topic like a young kid playing hopscotch on their driveway, why would anyone break the flow of a conversation just to point out how far the conversation has veered away from the original topic?

The simplest answer is that they are trying to steer things back towards the starting destination.

As a result, when someone says, “but I digress,” what they are basically saying is “We’ve gotten way off topic here, and I want to circle back to the original topic.”

So, in essence, it’s not the digression that’s being pointed out. It’s the speaker’s intention to go back.

“The book was interesting. That was surprising because the author was going through a divorce at the time when he was writing it. Did you know that he was caught cheating on his wife? Yeah, it was this whole affair, and the tabloids made a day of it. The gossip papers couldn’t get enough of it, but I digress.

The book itself is definitely worth a read. It’s very comparable to his earlier work.” 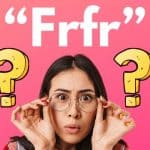 “Frfr”: Here’s What it REALLY Means and How You Use it 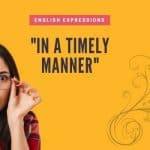 “In a timely manner”: Here’s What It Really Means 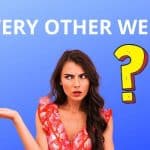 “Every Other Week”: Here’s What it Really Means

Don’t @ Me: Here’s What It Really Means

Could the expression “but I digress” have any other possible meanings?

Actually, those of you paying close attention will have noticed something curious. The expression “but I digress” is written in the present simple tense instead of the present continuous.

Therefore, there is something confusing here.

You see, the present simple isn’t used to report on something happening at this moment. It is used to talk about something that happens regularly.

In a literal sense, you are actually saying the latter. You are saying that you are someone who regularly has problems staying focused on a single topic.

Hence, to deliver the meaning we were just talking about, you want to say “but I am digressing,” right?

The expression “but I digress” is idiomatic to an extent. Even though it’s literal meaning connotes a sense of regularity, English speakers have agreed that this expression is used to refer to something happening now rather than something that happens all the time.

And, given this consensus, no one will be confused when you say “but I digress” instead of “but I am digressing.”

The origins of “but I digress”

The word “digress” itself has been in use starting from the 1500s. Yep, it’s that old. In fact, it has carried the same meaning it does today, “to veer off-topic,” starting from 1530.

Anyway, the word has Latin origins. It shares the same Latin root with words like “gradient,” “aggressive,” and “progress,” and the root in question translates to “to step away.”

If we fast forward to the middle of the nineteenth century, we will find that not only was “digress” incorporated into the expression “but I digress,” but it was also used as a way to get back on track, the same way we use it today.

Today, “but I digress” is a common expression. Writers use it, with a certain sense of humor, after they might have gone on a tangent exploring interesting information that had nothing to do with their main topic.

You can also find “but I digress” in several different forms of pop culture.

”But I digress” in pop culture

You’ll find that “but I digress” is used liberally in different forms of pop culture.

For example, the expression was the inspiration behind one of the New Yorker’s cartoons. Additionally, you can find this expression in the lyrics of a Fall Out Boy song that was released back in 2007.

“This ain’t a scene.
It’s a goddamn arms race.
I’m not a shoulder to cry on.
But I digress.”

There is also another song by Ra Ra Riot that uses this exact expression. The song is called “Winter 05,” and it was released in 2008, funnily enough. Here are the relevant lyrics.

“But instead I sit atop the crest.
Looking down on the valley where the dead rest.
And every morning I wake beside myself.
But I digress.”

What’s more, not so long ago, digressions were sort of trendy for classical writers. A sophisticated classical writer would interrupt a grand battle scene just to give you a long historical account of some of the people engaged in this battle, letting you know what led them to this point in time.

Can I digress have other uses?

If you’ve ever read any of our other articles on this blog, which I highly recommend that you do, you will find that one common theme throughout is the constant evolution of language. Language changes, and words and expressions take on new meanings and uses.

Well, “but I digress” is no exception.

Nowadays, people use it to voice unpopular opinions.

We’re not sure, but here’s a quick theory for you.

One of the fastest ways to break the flow of a conversation is to voice an unpopular opinion. Obviously, this isn’t always the case, but, more often than not, people want to talk and socialize with others who have the same opinions and values.

Before we explore the theory, it is worth noting that popular ideas or opinions are part of a larger social narrative or ongoing conversation.

Ergo, if you say something uncontroversial on Twitter, no one bats an eye, and you might even get a few shares.

However, if you say something that doesn’t gel with the Zeitgeist, a lot of people will lose their minds. It’s just how the internet is.

So, when people use “but I digress” to voice unpopular opinions, what they are effectively saying is “I realize that this is my own personal opinion, and if you guys want to go back to your normal conversation, go right ahead. I just had to get this off my chest.”

Let’s look at an example to understand this different usage better.

The following was posted by @callmedollar in December 2017.

“Anyone that discusses music based on chart successes, hits and awards isn’t a fan of music at all. Most classics have gone unnoticed, but I digress!”

Here, after voicing their opinion, the author is telling people to go back to arguing about awards and chart successes if they want to.

However, there is a sense of disdain as well. When “but I digress” is used, there’s a sense that not only is the author disinterested in the public conversation, but that they also feel that it is beneath them.

After all, the people who engage in it aren’t fans of music in the first place, right?