Writing may arguably be one of the most creative, albeit tedious, language-related activities.

Punctuations and cohesive devices alike do have the ability to make us feel confused, nonetheless anxious.

As an attempt to help in the mentioned areas of concern, here’s an article focusing on comma usage before or after the conjunction “although”.

Should a comma be placed before or after “although”?

Generally, no commas are required directly before or after subordinating conjunctions like although.

We do have to note, though, that when a dependent clause comes first, a comma is necessary right before attaching the main clause in the second half of the sentence.

A comma before although may be observed only in texts where the clause introduced, albeit interesting, is grammatically inessential.

Comma placement after although may also occur if it is used as a final parenthetical element, similar to the short explanation earlier.

The comma before “although”

Although is a type of conjunction with a subordinating function.

Subordinating conjunctions tie subordinate or dependent ideas to independent ones.

Subordinate clauses are quite clingy, aren’t they?

A subordinate clause is simply like a student driver who needs the assistance of an adult while driving lest collisions happen.

When tying a subordinate clause at the end of the sentence with although, a comma placement before it is grammatically unnecessary.

For stylistic purposes, however, a comma may then be placed to elicit some emphatic effect on the although-clause.

This writing strategy is known as a parenthesis.

Although as an initial parenthetical element

Stylistically-relevant yet grammatically-dispensable sentence elements may be inserted mid-sentence or linked at the rear part.

The usage of although as a parenthetical speech component at the end of the sentence may explain the doubt of native and non-native language users alike.

Parenthetical expressions are auxiliary speech devices either used for persuasion or clarification purposes.

Therefore, they are thereby highly practical communication tools because of the impact they create.

Furthermore, if a writer’s purpose is to impart a parenthetical message using although, then a comma should be placed before it.

The comma after “although”

Similarly, a comma must not be positioned after although unless it acts as the last unit of a parenthetical phrase or clause.

A comma, however, should be placed after the last word of the dependent clause introduced by although, to be followed by the main or independent clause.

Using although as a final parenthetical element

A parenthetical expression ending with although rarely occurs, though.

It may only happen when the sentence is intentionally structured for the sake of explanation.

The role of concessional subordinating conjunctions, such as even though and although, is to acknowledge the validity of one idea despite the presence of the other.

Note that the commas encapsulating the parenthetical phrase above are actually optional.

They can be removed, should the writer opt to do so, yet still yield a completely grammatical sentence.

The role of concessional subordinating conjunctions such as even though and although is to acknowledge the validity of one idea despite the presence of the other.

So, what’s the difference then?

Enclosing the parenthetical phrase with commas implies that the writer is considering the possibility of the reader to already have acquired previous knowledge on concessional conjunctions.

Thus, the parenthesis is added only as supplementary information to the whole sentence to provide examples.

Meanwhile, the dropping of commas elicits the intent to treat the examples as highly important details in accordance with the overall statement.

This means that the writer aims to define the role of concessional conjunctions explicitly, which may happen if the writer thinks that the audience may not have relevant know-how on the subject.

Once again, the main difference between the insertion and non-insertion of commas is the amount of significance of the information in light of the whole sentence.

Hence, the decision lies in the hands of the writer, at least in the case of the previous two examples.

While the examples above have little impact as written information, a person reading it out loud may run out of breath without the commas.

When is a comma not necessary before or after although?

On most occasions, commas aren’t necessarily used with although, except for the previous cases elaborated.

But, we do have to bear in mind that when using it as an introductory clause, a mandatory comma has to be placed at the end of the clause rather than adjacent to although.

Although she was feeling ill, she went to work this morning.
Although most people disagreed with the bill, it was still enacted.

And, if although appears in a serial list, then the commas are statutory as per syntactic yardstick.

Even though, although, and even if are concessional conjunctions.

Repeating although throughout the text is like a freelance writer who doesn’t mind wearing the same pair of pajamas just because he or she works at home.

Unfortunately, while that writer remains unbothered, other people around have actually started thinking that he or she had stopped caring.

The same analogy can be applied in writing as well.

The ability to employ other lexical variations elicits linguistic flexibility and, of course, it makes the text more professional-looking.

Having said that, here are a couple of suggestions on word replacements for although.

The first one is “albeit” which is a conjunctive adverb that could modify verbs, adjectives, and other adverbs.

Punctuations and conjunctions, albeit confusing at times, are highly important writing tools.

Next is “despite” which is a preposition commonly mistaken as a conjunction.

Just bear in mind that prepositions must be followed by nouns or pronouns, therefore we must not use them in tethering clauses.

Despite the confusing nature of punctuations and conjunctions, they are highly effective devices of cohesion. 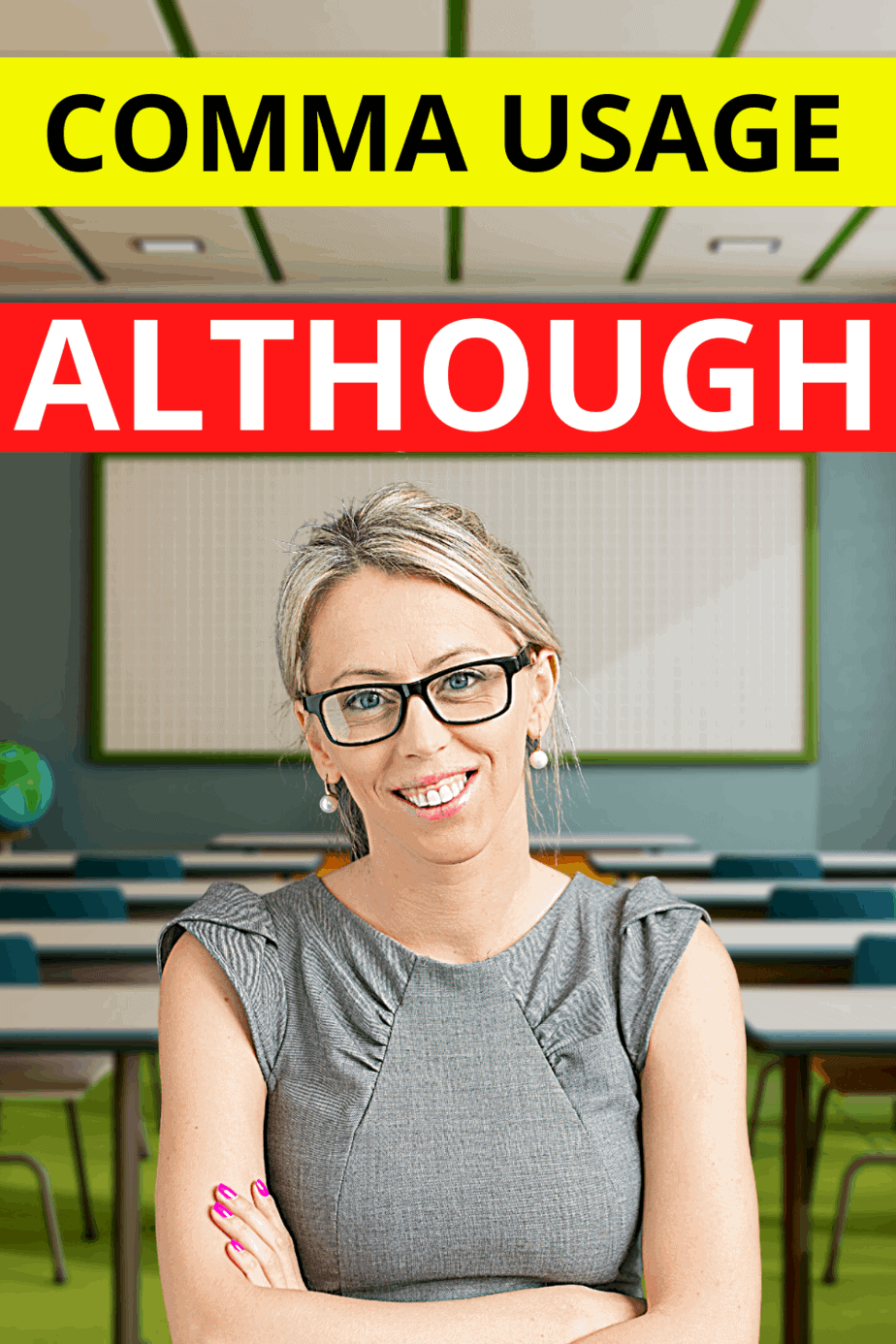 Getting bewildered on comma placements and conjunctions are fairly common writing mishaps.

But, since these cohesive devices are undoubtedly efficient writing weapons, then delving a couple of rules deeper into their appropriate usage shouldn’t be that annoying.

With that being said, whether you’re Noam Chomsky or someone who’s a rookie in language learning, the saliency of cohesion in writing will remain undebatable.