Writing is never an easy task. You want to convey a message to the reader, yet you can never be there to clear up any misunderstandings.

Ergo, you need your writing to be crystal clear, doing all the heavy lifting for you.

A big part of clarity is knowing how to properly use different words and expressions in a sentence as well as when it is appropriate to use these words and sentences.

For instance, some people might get jumbled up by “such as,” not knowing when to use commas and when not to.

How to use “such as” in a sentence

We use “such as” any time we want to give specific examples of something under discussion. With this in mind, “such as” can be used in one of two ways. In the event that “such as” is integral to the meaning of the sentence, then it is called restrictive and does not take any commas. Alternatively, if it can be discarded from the sentence without affecting the meaning much, then it is defined as non-restrictive, in which case you will need to used commas on either side.

We said that there are two ways to use “such as.”

When “such as” is essential and can’t be removed without affecting the meaning of the sentence, it becomes restrictive. This will be the case when “such as” brings specificity to the noun preceding it.

In this case, you just write “such as” without using any commas.

Jobs such as cashiers and truck drivers proved critical during the economic crisis.

In the above sentence, “such as cashiers and truck drivers” is integral to the sentence. Without it, we would not know which jobs are under discussion.

Do you see what happens when we remove “such as”? The meaning has been altered entirely.

Here are a couple of more examples. Try removing “such as” and see what happens.

Animals such as dogs and cats make good house pets.
Writers such as Shakespeare and Dickens have changed the way we see the world. 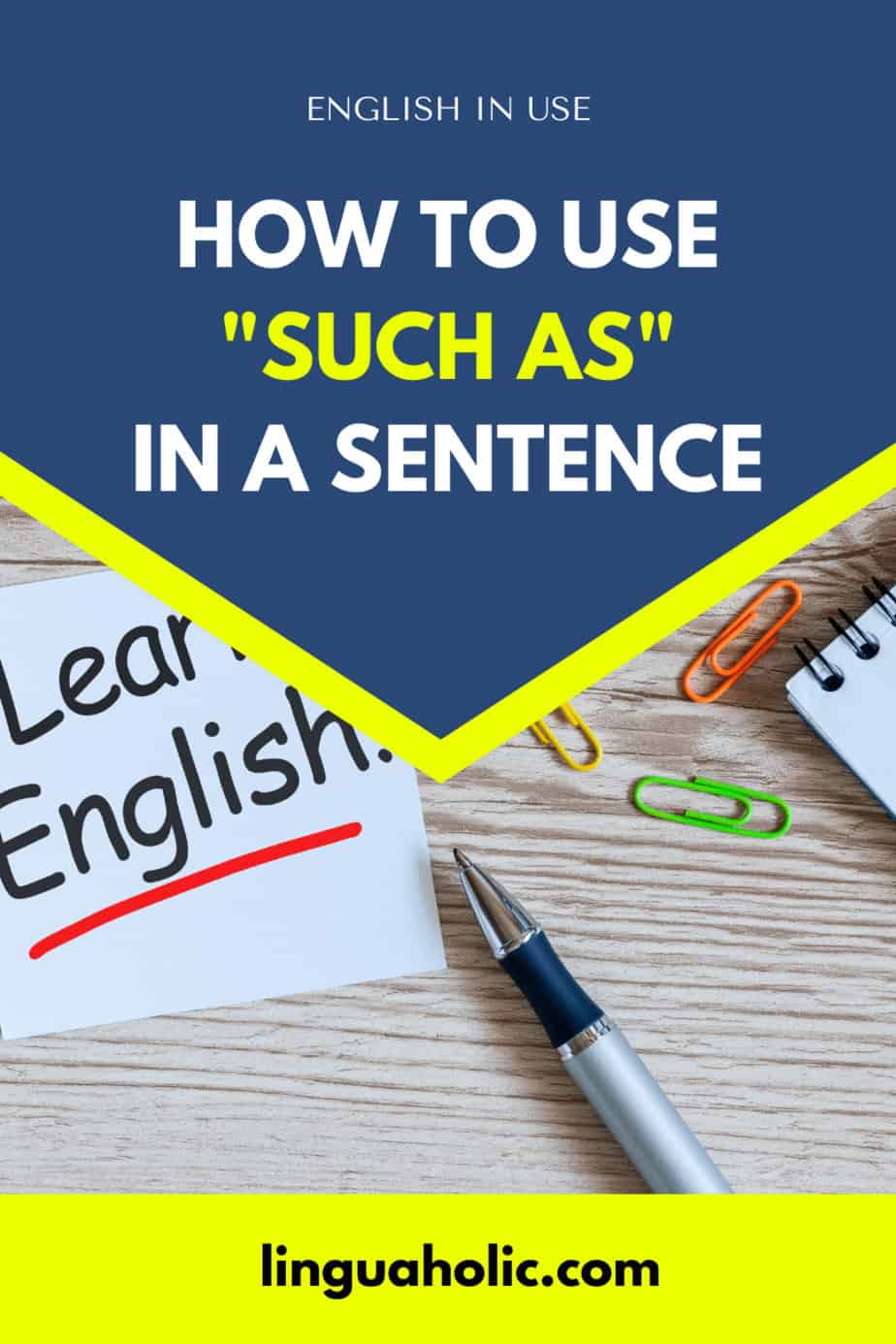 Now, if you can remove “such as” and the meaning of the sentence remains the same, then “such as” becomes non-restrictive, in which case you want to surround it with a comma on either side.

The only exception is when “such as” comes at the end of a sentence, where it will be preceded by a comma but followed by a full stop.

Aerobic exercises, such as jogging and running, are good for your stamina and heart.

Here, if you remove “such as,” the overall meaning isn’t affected because “such as” isn’t adding any accuracy or specificity to the sentence.

Aerobic exercises are good for your stamina and heart.

The term “aerobic exercises” is already doing all the heavy lifting for you, specifying which types of exercise are under discussion.

Here are a couple of other examples. Again, remove “such as” and see what happens.

Sweet foods, such as chocolate and candy, can be dangerous if consumed in large quantities.
The teacher taught his students important life lessons, such as taking responsibility and learning to forgive others.