Skip to Content
Whenever you start learning a language, there are always a few things that are bound to stump you. There are words that have multiple meanings, and the only way to figure out the meaning is from the surrounding contexts.

There are phrases and expressions that are completely idiomatic and have nothing to do with the individual components, and those take a while to master.

And, there are words whose punctuation differs depending on how they are being used in a sentence, which can make writing English all the more confusing. A perfect example of this is the word “though.”

For many, it might be unclear how you should punctuate “though,” even when its meaning is unchanged.

So, we are here to get rid of all of the surrounding confusion and to help you settle this matter once and for all.

So, do you need a comma with “though”?

“Though” can play one of two roles. It can either be a conjunction or be an adverb. Moreover, as a conjunction, “though” can tie together disparate thoughts in one of three ways.

”Though” as a subordinating conjunction

The dependent clause that follows a subordinating conjunction is also known as a subordinate clause, and it cannot come alone in a sentence. It needs the main clause to deliver a complete meaning.

Examples of subordinate conjunctions are “after,” “once,” “unless,” and “though.”

Now, as you know, not only does a conjunction tie two separate clauses together, but it also shows the relationship between these ideas.

For instance, “after” shows that the two clauses are related temporally and that one took place after the other.

“Though,” on the other hand, shows contrast. It lets us know that the two clauses contradict each other somehow.

Though he studied hard, he failed the exam.

In the above sentence, the subordinate clause is “though he studied hard.” As you can see, this is an incomplete thought and needs the main clause for the entire sentence to make sense. What happened despite his hard efforts?

The answer is the independent clause, “he failed the exam.”

You can also see how these two ideas are contradicting. Usually, when people study, they pass their exams. However, this wasn’t the case here. 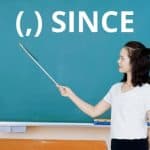 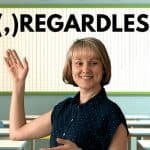 Comma Before or After “Regardless”: Rules & Tips 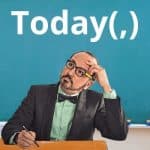 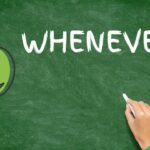 Comma before “whenever” — Rules & Grammar

I believe her though she has a history of lying in these sorts of situations.

Punctuating “though” the subordinate conjunction

When it comes to punctuation, all subordinate conjunctions behave more or less the same, and “though” is no exception.

The basic rule is this:

If a subordinate conjunction comes at the beginning of a sentence, then you need to put a comma at the end of the subordinate clause to separate it from the main clause.

Alternatively, if the subordinate conjunction comes at the end of the sentence, then no comma is needed.

Karen kept complaining to the manager though she was clearly in the wrong.

Though the odds were stacked against him, Sherif managed to get the job in the end.

”Though” as a conjunction that needs a modal verb

Here, I would argue that “though” is still functioning as a subordinating conjunction. However, the structure of the sentence is unique enough to warrant its own section.

Now, rather than explaining how this “though” operates, let’s just take a look at an example:

He figured that brute force was the best solution, slow though that may be.

In the above sentence, the subordinate clause was supposed to be “though that may be slow.” But, should you choose to jumble things around and bring the object at the beginning, you would still be grammatically correct.

Odd though it may seem, I did not like her at all.

This construction is rare, yet you might run into it every once in a while.

Punctuating “though” the conjunction that needs a modal verb

Since “though” comes in the middle of the subordinate clause in this construction, “though” itself does not take any commas on either side.

Nevertheless, the subordinate clause itself is usually separated from the main clause itself with a comma, whether the clause comes at the beginning or end of the sentence.

Insecure though he may be, he managed to stand in front of three hundred of his peers and give the presentation.

She was wrong, confident though she may have sounded.

”Though” as a conjunction that allows interjection

Theoretically speaking, you can place a subordinate clause smack in the middle of the main clause. Here is a quick example.

The trip, though it was grueling, was completely safe.

And, in this scenario, “though” is preceded by a comma, and the entire dependent clause is followed by a comma.  , the whole thing is behaving as an interjectional statement.

However, this makes for messy reading and can be tedious.

So, one way to make life easier for everyone is to truncate the subordinate clause as much as possible without losing the main meaning. With a little finesse, you might have the following result.

The trip, though grueling, was completely safe.

The sentence still delivers the same meaning, but it is more succinct now.

Her answers, though clever, showed that she had no clear understanding of the subject matter.

His actions, though well-intentioned, did more harm than good.

Punctuating “though” the conjunction that allows interjection

Their plans, though well-thought out, fell flat.

”Though” as an adverb

The second role of “though” is as an adverb that modifies the sentence’s verb.

It should be noted that in this case, “though” still tries to highlight the contradiction between two thoughts.

Yet, when acting as an adverb, “though” is not followed by a subordinate clause. In fact, it is sometimes followed by nothing at all.

She was trapped in a very toxic environment, yet she managed to make it out, though.

As you may have noticed, “though” here plays a kind of interjectional role, an afterthought by the author if you will.

“Do you know where you are going?”

Li wanted to buy a car. First, though, he needed to start making more money.

While “though” the adverb can theoretically pop up in any place within a sentence except for its beginning, it usually shows up at the end of the sentence.

Punctuating “though” the adverb

Here things are a bit murkier.

If “though” comes at the end of a sentence, then you can choose to either place a comma or not. It really is up to you.

Some will argue that a comma gives the reader the space to breathe, whereas others will state that a comma would be superfluous here and that there is no reason to separate the adverb from the rest of the sentence.

She wants to try skydiving. She’s scared of heights though.

The professor explained his point eloquently, but few people understood the implications though.

However, if “though” comes in the middle of a sentence, making it more of an interjection, then you would do well to surround it with commas on either side to make life easier for the reader.

The apartment was spacious. It was crowded, though, with plenty of unnecessary items.