Some words in English always do the same thing. For example, the words “girl” and “boy” are always nouns, and the word “beautiful” is always an adjective.

Some words can act as both noun or verb, but it is pretty easy to spot which one they are.

For example, “cook” can be a verb meaning the act of preparing food, or it can be a noun referring to the person who does the preparing, but you can usually easily tell from the sentence which it is.

Then there are words that make that a little trickier by being able to function as several different parts of speech in a not-so-obvious way.

Correctly identifying what part of speech they are is necessary because it can affect whether they need to be followed by a comma.

“Next” is one of those tricky words!

Do you need a comma after “next” in a sentence?

You need a comma after “next” when it is used as an introductory word/phrase at the start of a sentence/clause. Used in this way, “next” is an adverb. “Next” as an adverb may also occur later in the sentence when the sentence contains a compound direct object. A comma is needed here as well.

When it is part of the prepositional phrase “next to,” it should never be followed by a comma.

“Next” as an introductory word

“Next” as an introductory word in a sentence or independent clause is always followed by a comma.

Here’s an example of “next” at the beginning of a sentence:

Next, you need to call the mechanic and find out when the car will be ready.

Here’s an example of “next” coming later in the sentence but still being used as an introductory phrase, this time at the start of an independent clause:

First, we will stop by Anna’s house, and next, we will go have lunch.

First, he made a film about dolphins; next, he made one about polar bears.


“Next” with a compound direct object

A compound direct object is when more than one person, animal or thing receives the action of a verb.

Here’s an example of a sentence with a compound direct object:

They need a shower and a long nap.

In the above sentence, “shower” and “nap” are the direct objects of the verb “need.”

When you insert sequence adverbs into the sentence, they need to be followed a comma. Sequence adverbs are words that show the order something happened in, such as “finally” and “first” or “second.”

“Next” can also be a sequence adverb.

Here’s an example of the same sentence using “next”:

First, they need a shower and next, a long nap.


“Next” as an adverb without a comma

There are also many sentences in which “next” acts an adverb and is not followed by a comma. In those sentences, “next” is usually placed beside the verb.

He said next that we didn’t have anything to worry about.

I next made everyone get up and run around the track.
<

“Next” as an adjective or as part of a preposition

Keep in mind that “next” at the beginning of a sentence is not always followed by a comma.

When “next” is modifying a noun at the beginning of a sentence, it is just one part of the introductory phrase. 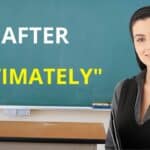 Comma after “ultimately”: A Comprehensive Guide 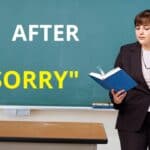 Comma after “sorry” — The Complete Guide 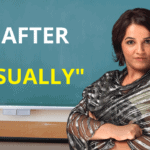 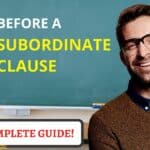 The comma comes at the end of that introductory phrase and not right after “next.”

Next week, we are going to Mexico.

The same is true of “next” used as part of the preposition “next to.” Here’s an example:

Next to pizza, fried fish is my favorite food.

“Next” may also occur in other parts of the sentence as an adjective or part of a preposition, and when that happens, it should not be followed by a comma.

Here’s another example of “next” as an adjective. This time it’s in another part of the sentence and no commas are necessary:

We are hoping to go whale watching on our next visit to these islands.

And here is an example of “next” as part of a preposition later in the sentence:

My sister said she didn’t want to sit next to me.