How often do you have to bear with punctuation marks?

They get pretty annoying sometimes, don’t they?

Cheer up. Don’t let these sneaky little symbols bite your head off.

This post will help you make sense of the comma after the word first and its other closely-related phrases.

Do we need a comma after “first”?

The only way to get around this concern depends on how “first” is used in the sentence. A comma after first would be necessary when it appears in series, parenthetical expression, and clausal introduction. On the other side, a comma after “first” is unnecessary when it is used as an adjective, pronoun, or noun apart from the above-mentioned conditions.

Comma after first in more detail

The general association of the term first falls under its ordinal meaning.

A numerical word used to mark sequences, arrangements, or positions is called an ordinal, a shorter version for “ordinal number.”

First is an ordinal that’s been used even before the twelfth century, according to Merriam-Webster online dictionary.

It is also derived from the Common Germanic term furista which means “foremost” and Old Saxon fuirst which denotes the same meaning.

Using the word first implies the opposite of last which automatically prompts readers to think that something is a fundamental source of information.

A comma must come after it when it is used in a serial list, a parenthetical element, or an introductory adverbial connector. 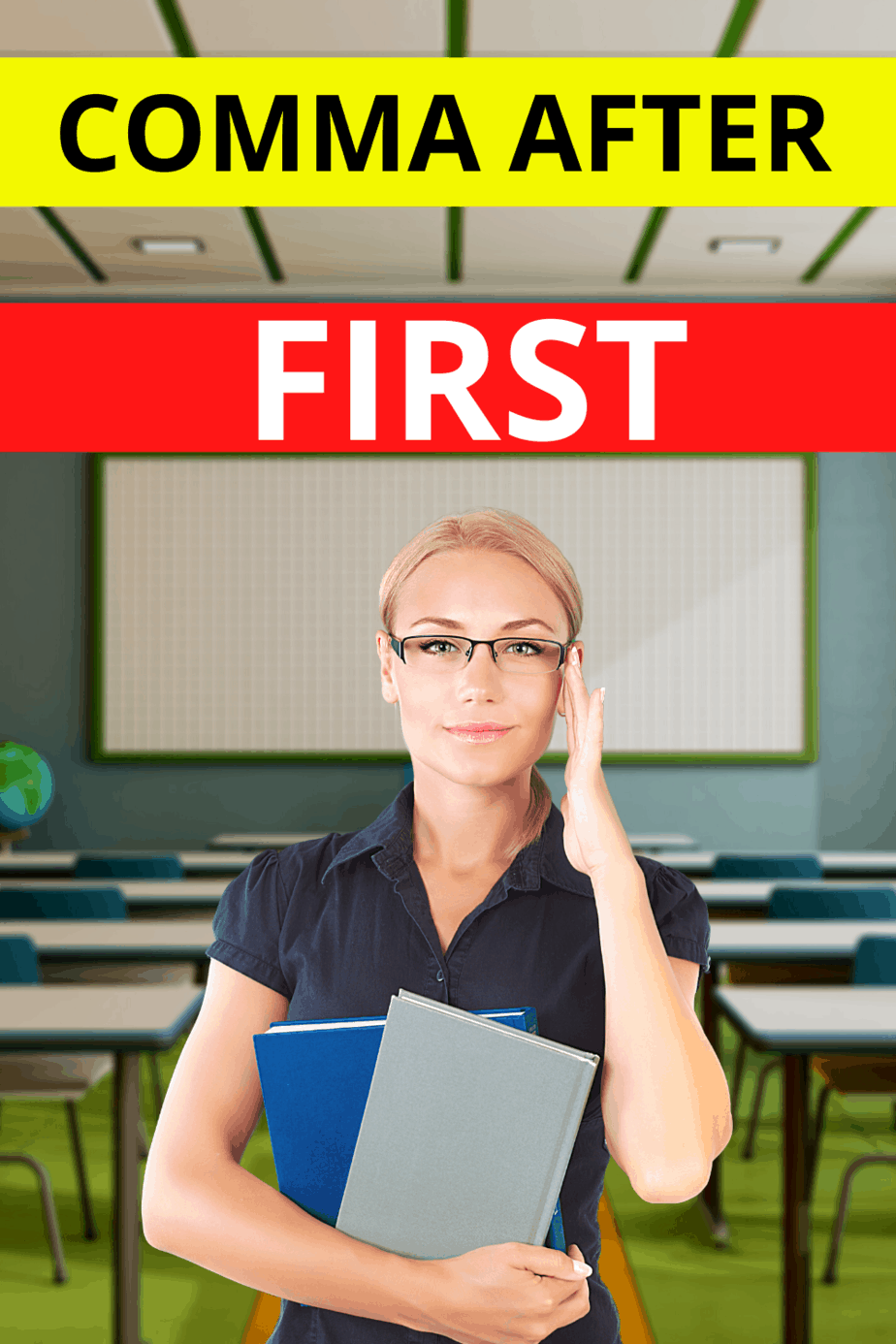 Comma after “first” in series

The easiest, nonetheless the most obvious, way to insert a comma after first is when it is listed serially.

The same rule applies to any other words written in the same manner, which is grammatically undebatable.

Ordinal words such as first, second, third, and fourth help readers understand the sequence of events.

Comma after “first” with parenthesis

Stylistically speaking, a parenthesis refers to a grammatically-dispensable encapsulated expression, which could be a word, phrase, or clause, inserted by the writer.

Parentheticals are often viewed as thoughts that are either accidentally or intentionally included for the sake of explanation or clarification.

These thought representations are to be enclosed by commas to segregate their salience from the rest of the sentence.

Thus, a post-comma placement is deemed necessary when first is used as the final or the only parenthetical element in a sentence. 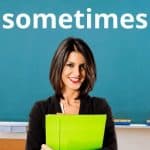 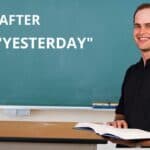 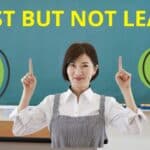 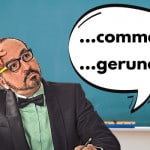 Comma before a Gerund: The Definitive Guide
Acceptance, if I could just finish first, may only be achieved when you have already gone through denial, anger, bargaining, and depression.
In coping with loss, first, one must be aware that grief is an essential and unskippable process.

When “first” is used as an introductory element

Using first as an introductory word to an independent clause is also nevertheless common.

When words, phrases, or clauses are used to introduce a sentence or a second clause, a post-comma is required by default.

First, always remember that a comma must always come after every introductory conjunctive adverb.

Since the written text is a rudimentary way to replicate oral speech, it is advisable to place a comma after introductory elements to emphasize the initial context.

First is more often associated with signpost language, aside from its adjectival, adverbial, and nominal denotations.

Several words do often come with the word first as well.

The succeeding sections are composed of the other common first-related phrases that come with post-comma placements.

First off is a typically-used expression in informal oral speech (although not limited to) especially in arguments and negotiations.

Its usage usually implies a language user’s heightened emotion for expressing hidden feelings or the need for explanation, as in self-defense.

First off, I did not lie about what happened.
First off, look at me when I’m talking, young lady.

This expression is more of a formal version for “first off”.

We may hear this in opening speeches or read it in formal request letters and announcements.

When this phrase is used for explaining sequences, the listener or reader gets prompted to expect a few more upcoming pieces of information.

The succeeding information may be introduced by other sequence words such as next, then, and lastly.

First of all, all employees are required to attend the general meeting this Friday.

Next, some rewards will be given to the ten earliest birds.

The third and last thing I’d like to say is that everyone must not forget to bring their old identification cards and hand them to me before the meeting starts.

This expression is also a commonly-used signpost language to start relatively formal speeches such as in meetings or business presentations.

It can be used to welcome and greet the audience.

First of all, I would like to thank everyone for coming here today.

Although generally used when elaborating a series of events or identifying sequential arrangements of entities, these ordinals are often observed in giving instructions.

Instructions are usually done with imperative speeches such as commands and requests.

This means that the information may not contain a subject and would start with a verb instead.

First and foremost used to state information that is of utmost importance, thus it may be used in place of “most importantly”.

Since the expression denotes lexical redundancy, it implies the undeniable necessity of the intended information.

It is expected that this expression is used to highlight the most crucial part of an explanation or discussion, thereby grabbing the attention of a listener or a reader.

Although some may not agree with using these superfluous-sounding adverbs, we hear their usage quite frequently.

Therefore, we can say that using them would still be linguistically valid.

Compared to first, second, and third, these adverbs sound more formal, which means using them sparingly is recommended.

Traveling alone has several perks. Firstly, you can eat whatever you want without considering others’ preferences. Secondly, you can enjoy great conversations with locals and understand their culture. Thirdly, you will never suffer any waiting games at all.

When do we not put a comma after “first?

When first is used apart from the earlier-mentioned conditions such as in a serial list, parenthesis, or introduction, a post comma is unnecessary.

Again, first can be used as an adjective, adverb, or noun in a sentence.

The given examples on the commonly-used first-phrases above are all conjunctive adverbs.

However, when first is used either as a noun or adjective that doesn’t fall within the previous conditions, post-commas won’t be required at all.

First as an adjective

First is an ordinal adjective equivalent to “earliest” or “primary”.

In its adjectival sense, first has to be followed by a noun or noun phrase.

The first person who ever walked on the moon was Niel Armstrong.
Ally won the talent show’s first prize.

First as a noun

The nominal meaning of first can be used to refer to experiences that have never occurred before.

Most likely, we have attached a significant amount of emotion to these kinds of experiences and thereby making them easy to remember.

My fifteen-hour bus ride was an unforgettable first.
I have never eaten pufferfish in my entire life. The one I had in Japan last month was the first.

First as a pronoun

Lastly, first may also be used as a pronoun that replaces an initial item, person, or event.

The pronoun first may also be interpreted as the simpler and shorter version of “the first one”.

Among all the pairs of shoes I’ve tried on, the first is my favorite.

The word first can be used in numerous ways and deciding whether to put a post-comma or not is actually like shooting fish in a barrel.

Hopefully, this post has helped you understand using this word with flexibility.

Thank you for reading.