Adverbs are words that tell you more about a verb. In other words, they tell you something about how an action was performed.

Some adverbs tell you about time, including words that indicate the order that something happened in. These are words like “finally,” “first” and “second,” and they are called sequence adverbs.

“Ultimately” is also a sequence adverb. When you see this word, you always know that it is talking about the very last thing that happened.

What you might not know is when or whether it needs to be followed by a comma!

When do you need a comma after “ultimately”?

You need a comma after “ultimately” when it is the introductory word in a sentence or independent clause, when it is a nonessential word in the middle of a sentence, and when it comes before the second part of a compound direct object.

“Ultimately” as an introductory word

One tried and true comma rules is that an introductory word or phrase at the beginning of a sentence or independent clause must be followed by a comma, and “ultimately” is no exception.

You can see how “ultimately” at the beginning of a sentence is followed by a comma in the examples below:

Ultimately, she said that she could not take the job, but she thanked us for our time.
Ultimately, Fran won the race.

Therefore, you may see “ultimately” act as an introductory word in the middle of a sentence as well.

It rained all night and half the day, but ultimately, we were able to do some hiking once it cleared up.
Margaret didn’t study for the exam; ultimately, it didn’t matter since it was canceled.


“Ultimately” when preceded by “that”

Sequence adverbs often appear in a construction that looks something like this: noun + verb + that + sequence adverb.

It can be helpful to look back again at one of the sentences from above and move the words around:

She believed that ultimately, the best solution was to hire more staff.

These sentences also show you how “ultimately” might be used in this way. You can see that everything starting with “ultimately” makes a complete sentence, and that is why it is punctuated as an introductory word: 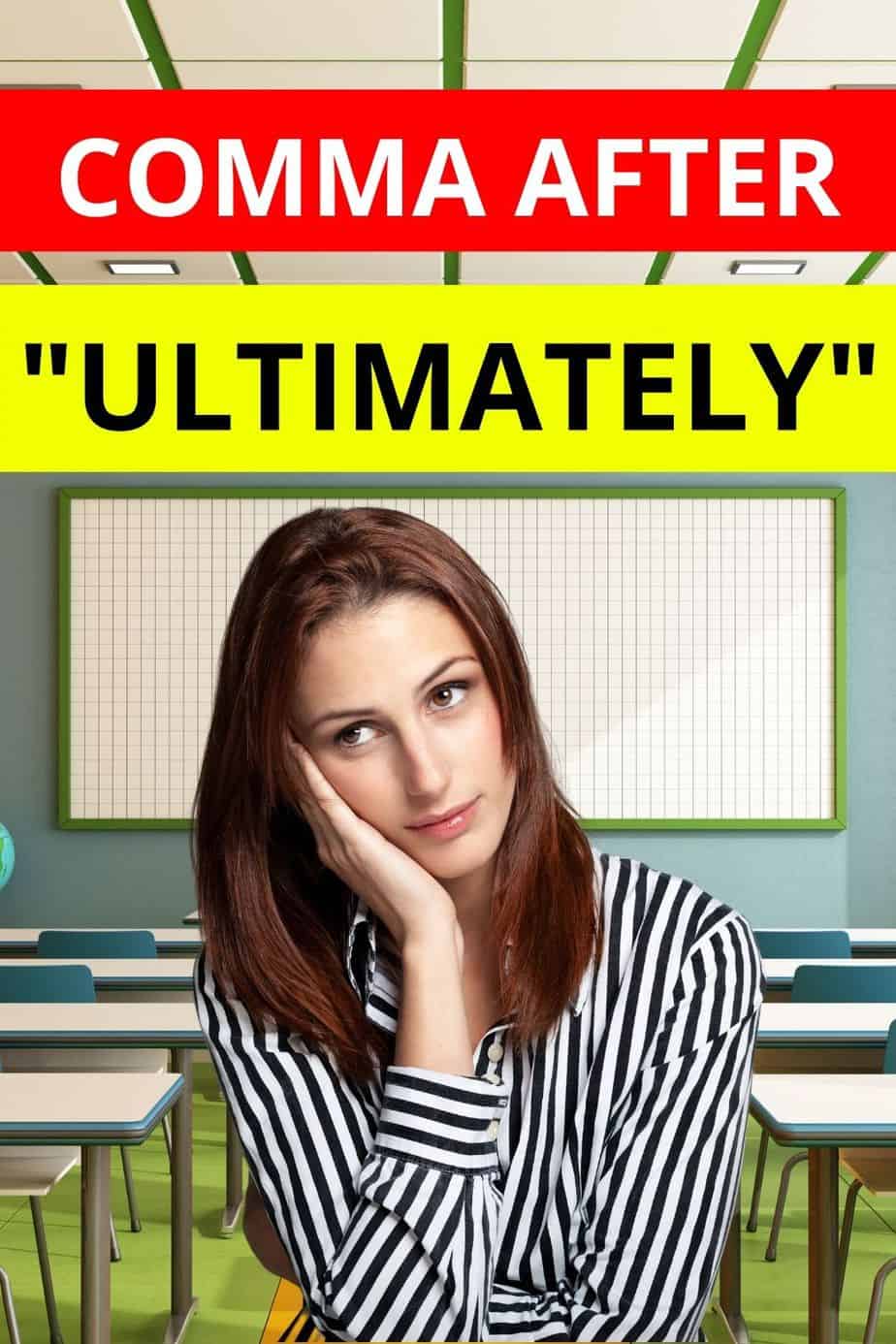 “Ultimately” as a nonessential word

Another comma rule is that you need to put a comma before and after a word or phrase in the middle of a sentence if it is nonessential. “Nonessential” means that it could be removed from the sentence without substantially changing the meaning of the sentence.

Here are some ways you might use “ultimately” as a nonessential word in a sentence:

There are two things that you should keep in mind about “ultimately” used in this way.

First, you might sometimes see it written without the commas around it even though it is technically a nonessential phrase.

Some writers or editors may make this choice because they like the way the sentence flows better, and it is not necessarily incorrect as long as the meaning of the sentence is not compromised.

Also, remember that when an adverb comes between the subject and verb, it becomes an essential word, and it does not need to be set apart by commas.

You can see the difference by moving the word from one of the above sentences:

She ultimately believed that the best solution was to hire more staff.

When a sequence adverb like “ultimately” comes before the second direct object, it needs to be followed by a comma, like this: