Making a choice between two closely-related words can be sometimes tricky, not to mention taxing.

Although it feels quite uncanny to get confused about a language that we seem to know by heart, linguistic doubts are indeed natural.

So, why don’t we take a closer look between “which” and “what” to find out the nuances behind them?

What’s the difference between using “which” and “what?”

Although both words can function as interrogative pronouns and determiners, we use them differently. “Which” is used when presenting fewer options while “what” is used when there are unlimited choices. However, one can be used interchangeably over the other when there is a wide variety of options but not essentially limitless.

The use of “which” vs. “what” in questions

Let me start with the easiest way to explain the differences between the two words, their use in questions or interrogative statements.

“Which” and “what” are both interrogative pronouns which are also commonly known as wh-words.

They generally function as pronouns when they deliberately replace nouns in questions such as in the next example.

What does she have?

Which would you rather have?

However, they may also function as determiners or words used before a noun for clarifying reasons, just like how adjectives work.

What food do you want for dinner?

Which restaurant are we picking tonight?

To make the distinction even clearer, let’s put each word under a microscope, in particular, when they are used in asking questions. 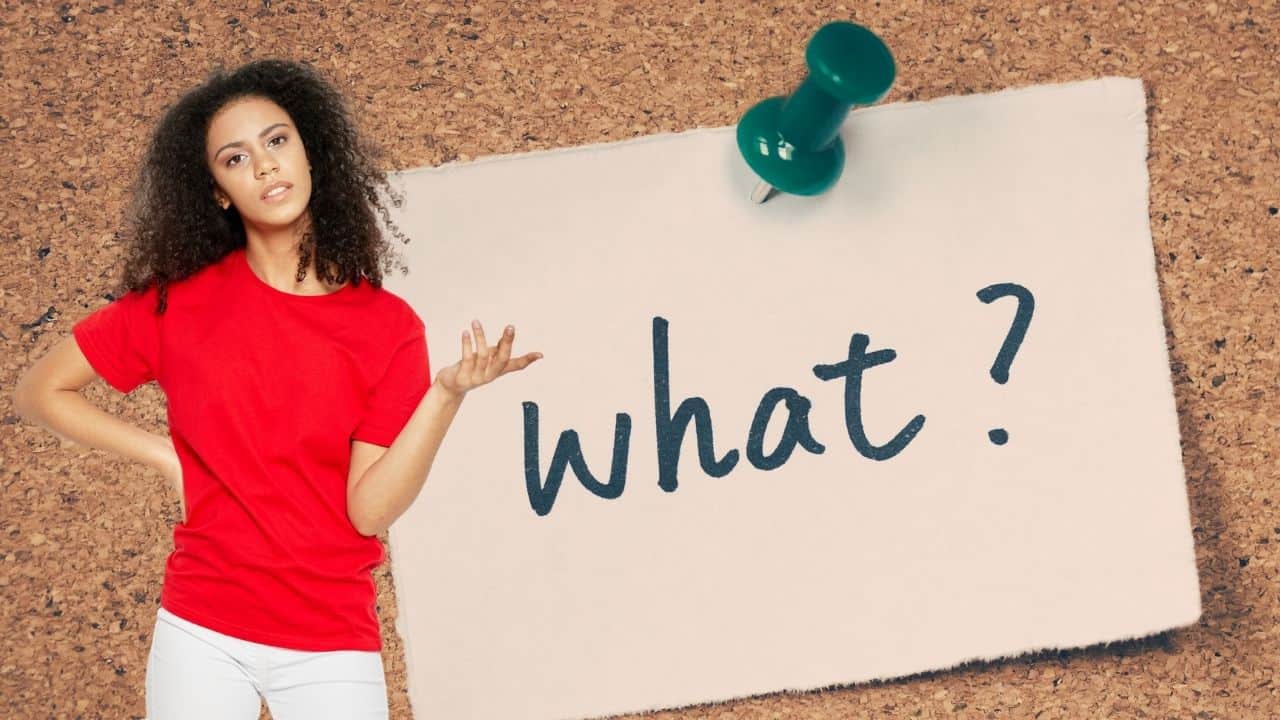 Using “what” in asking questions simply means that we do not have any idea what the response would be so we ask the most general question we could think of.

Put more simply, this is similar to the initial parts of an investigation process wherein the investigators are still gathering bits and pieces of data.

They do not have any leads yet, therefore, the primary option is not to base any answers on assumptions, especially when there is no evidence at all.

Similarly, we use “what” questions the same way, which is particularly done when there are endless possibilities for responses.

For example, we use “what” in asking for the name of a person for the first time when we do not have the slightest idea at all.

Obviously enough, there is an unlimited number of names available in the world, so we prompt the response by asking a general question.

What is your name?

The example above makes use of the pronominal function of “what,” which means it substitutes a noun in the sentence.

As mentioned, we may also use “what” as a determiner to make the meaning of a succeeding noun clearer.

What profession do you want to pursue?

Ergo, asking a question with “what” indicates the generality of the information-gathering process used when infinite responses are possible. 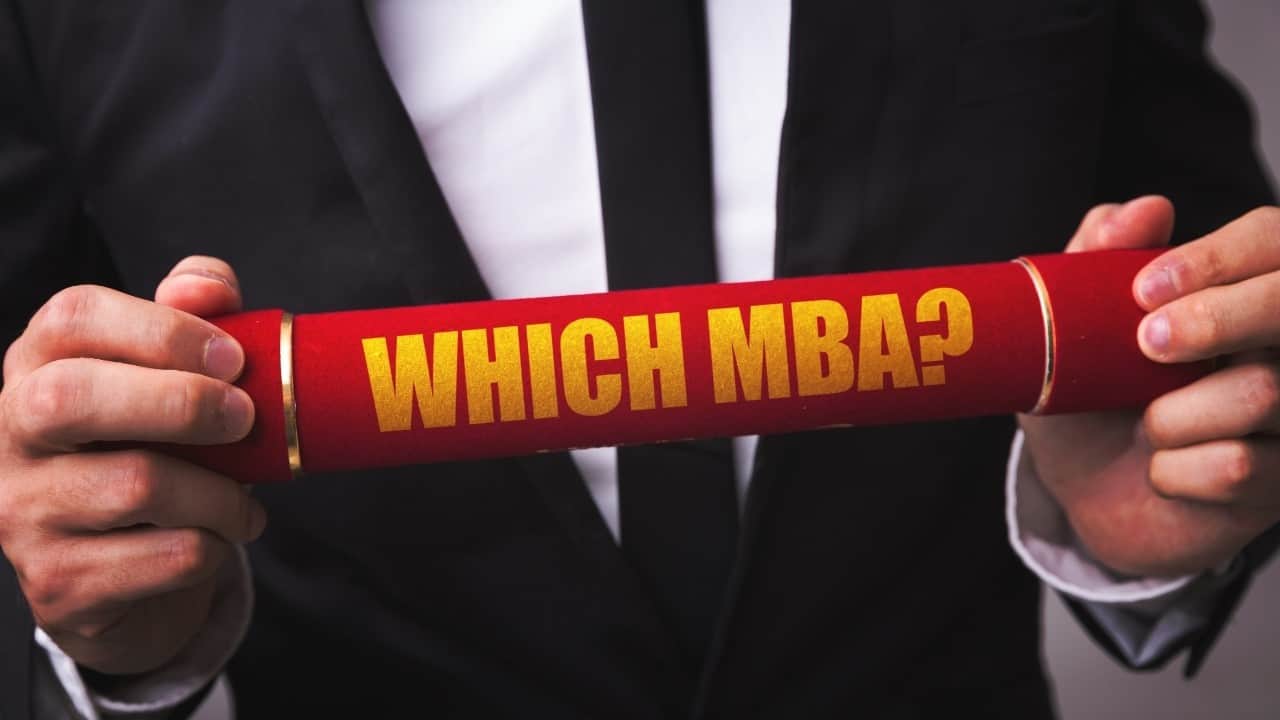 Asking “which” questions implies that the speaker, to some extent, already has background knowledge about the information being asked.

When background information is available, it is easier to predict responses, thereby making conversations shorter and faster.

This means that asking questions using “which” indicates being in the more advanced part of the investigation analogy explained earlier.

Say, for instance, the investigator has already gathered some forensic evidence and wants to confirm them further.

“Which” questions work similarly. These types of questions are asked when there are fewer or limited choices based on our assumptive knowledge.

Which is better, this one or that one?

The example above uses the pronoun function of “which” while the next question uses it as a determiner.

As you may have guessed, using “which” is not limited to two choices only, more options can be presented, depending on the extent of information that is available to both interlocutors.

Therefore, we use “what” in generating general questions having infinite responses wherein it can either syntactically function as a pronoun or a determiner.

Whereas, “which” is used to narrow down the “what” question, prompted by the presence of background knowledge, which then helps the hearer answer based on a limited number of choices.

When should we use “which” over “what?”

Now that each word has been elaborated in detail, it should be easier to determine when to use one over the other.

We use “which” over “what” when we want to present a relatively fewer choices for an easier response from the hearer.

Using “which” also entails that the person asking contains background knowledge of whatever question is being asked.

Which state are you from, Idaho or Oregon?

Being able to ask the question above implies that the speaker has already gathered necessary information to present choices.

However, since the question is based on assumption, the response may or may not be included in the options provided.

Hence, we may use a more generalized question if we do not want to show pressumptiveness, especially if we are only starting the conversation with the other person.

When should we use “what” over “which?”

Contrary to the scenario earlier, we can use “what” questions in cases when we are still unable to hypothesize options, or simply when the circumstances do not allow us to do so.

Say, for example, in an initial contact with an unfamiliar person, we can start by asking general questions.

What state are you from?

Using “what” is more appropriate, again, if we do not have the ability to narrow the choices down just yet, or simply when we do not want to come across as assumptive.

Also, we can see that the use of “what” over “which” is considered more polite particularly when talking about topics that are quite culturally sensitive.

Would the meaning change if we use “what” over “which” and vice versa?

Yes, the implied meaning could change if we use one over the other depending on some context-driven factors.

To reiterate an earlier point, the idea of being assumptive or misleading may be driven by asking “which” questions.

Whereas, the idea of being reserved and withdrawn can be conveyed by asking “what” questions.

Hence, we have to consider using “what” questions more when talking about topics that could be perceived as sensitive like politics, gender, or ethnicity.

What is your political inclination?

Meanwhile, we can use “which” in less controversial topics like food, fashion, or personal preference.

Which cuisine do you like better, Italian or French?

When can we interchange “which” and “what”?

Although some scenarios could prompt us in using one over the other, interchangeability is passable in some cases as well.

This can be done when seeking for a trivial response, particularly when there is a diversity of choices but not essentially limitless.

Consider asking someone about a winter activity that they love doing, their music preference, or the month that they are the busiest.

What/which kind of music do you listen to?

What/which month are you the busiest?

Besides, the questions have to be non-controversial or at least neutral in meaning so as to prevent any unnecessary misinterpretation.

The common distinctions between using “what” and “which” in speech allows us to craft messages depending on our intended purpose.

“What” allows us to seek for responses in a jungle of options, while “which” guides and prompts answers when there are fewer available resources.

Thus, both words play an important role in effectively conveying our thoughts depending on our intention, as well as the number of available options.