Human thought is sometimes represented by expressions that are obscure and vague.

The attempt to use precise and accurate language in texts, especially in technical documents, may reinforce some counterproductive effects.

One way to address the uncertainty in the written language is by adding non-lexical symbols, such as commas, to assist in the disambiguation process.

This post presents comma-related guidelines as regards the fairly technical expression “included but not limited to.”

How to punctuate the phrase “including but not limited to”?

Comma placement is recommended before “but” and after “to” in most cases. The comma encapsulation around “but not limited to” generally marks its parenthetical function in sentences. The commas also help in emphasizing that the items or entities in the statement must not be interpreted exclusively. Albeit inadvisable for textual clarity reasons, the commas could be conveniently omitted too.

And, although the idea of all-inclusivity can be phrased in several ways, the most common expression used in texts is “including but not limited to.”

Punctuating “including but not limited to” with commas in more detail

The expression “including but not limited to” is commonly observed either in legal documents or academic papers.

This is generally used as a safety measure to prevent the audience from having a list-exclusive adjudication towards any statement involved.

Since the chances of either intentional or accidental misinterpretation are relatively high, commas are added to facilitate text clarification.

Let’s take a closer look to find out how to use and punctuate “including but not limited to” appropriately.

Comma with “including but not limited to” in legal English

In the world of unnecessarily complicated legal language, legal drafters are trained to construct sentences and use terminologies that aim to represent precise and logical statements.

To do so, drafters often resort to using verbose and complicated language, as opposed to chiefly relying on the implicated meaning of words.

“Including but not limited to” is an example of legalese, the complex and technical form of legal language, whose sole purpose is to present linguistic accuracy in legal writing.

Also, it is meanwhile used to prevent “ejusdem generis” which is the loose way of listing legal commands and provisions.

The Latin phrase ejusdem generis roughly translates to “of the same kind” which is used as a guideline in preventing inclusive and list-specific interpretation.

Put more simply, this means that the purpose of using “including but not limited to” is to gain linguistic security, besides accuracy, in written statutes.

ABC Company’s employment conditions are clearly stated in the contract including, but not limited to, a six-month probationary period and a performance evaluation prior to regularization.

The sentence above suggests that the company holds several working conditions. 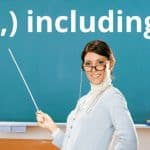 Comma before “including”: Here’s What You Need To Know 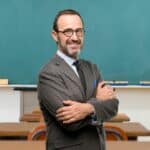 Comma before “without” — Punctuation Guidelines

Comma Before a Vocative — Punctuation Rules 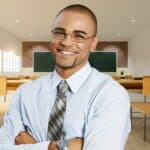 Comma Before a Verb — Punctuation Tactics

The additional clause “but not limited to” in the example emphasizes that other conditions further exist apart from the ones stated.

The probationary period and performance assessment are only two of the most crucial “parts” of the conditions that should be completed before an employee gains job permanency.

This type of idea insertion is linguistically referred to as a parenthetical statement.

Moreover, the clause is offset with two commas especially to mark its grammatical dispensability.

Parenthetical expressions may not necessarily follow the syntactical flow of the main sentence since they function as peripheral auxiliary devices only.

Ergo, the removal of the parenthesis does not affect the well-formedness of the remaining sentence constituents.

ABC Company’s employment conditions are clearly stated in the contract including a six-month probationary period and a performance evaluation prior to regularization. 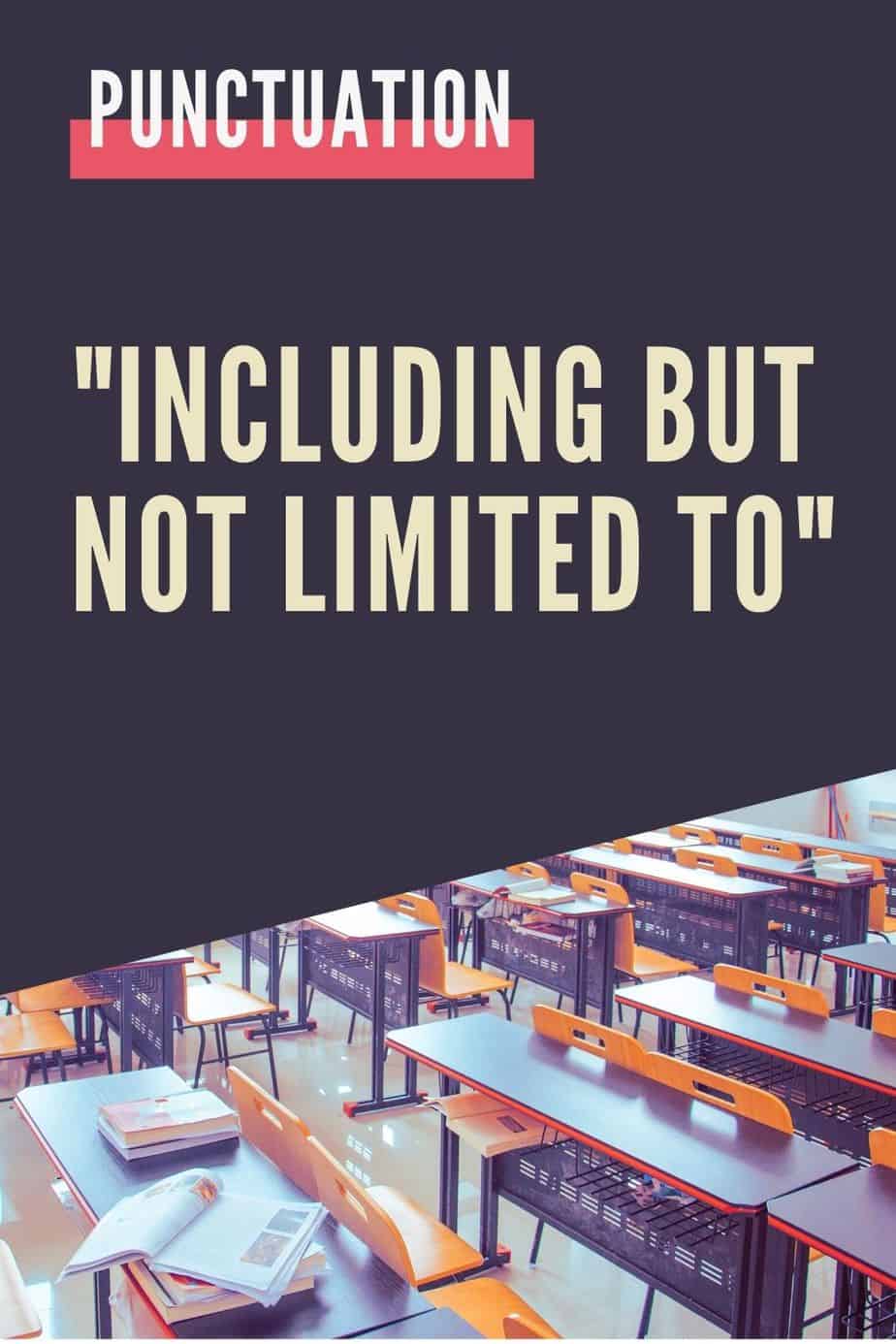 Comma with “including but not limited to” in academic papers

Other than the usage of “including but not limited to” as legalese or lawyer-speak, this may also be observed in academic papers and other scholarly articles.

The same all-inclusivity principle is held when utilizing the expression in writing the content of research papers.

The researchers found that most common symptoms including, but not limited to, dry cough, fever, and lethargy are preventable.

“But not limited to,” again, is considered as an additional idea in the example which could be used to argue that other symptoms may also be experienced.

We can also deduce that the symptoms are particularly selected to be part of the list because they are the most prevalent and observable ones.

“Including,” is a substitute word for “such as” which is used to introduce a list of sample entities for clearer idea representation.

Whereas, “but not limited to” increases the emphasis and function of the word “including” which then leads to easier comprehensibility.

Therefore, it can also be removed without lacerating the grammaticality of the rest of the sentence.

The researchers found that most common symptoms including dry cough, fever, and lethargy are preventable.

Other related expressions that mean “including but not limited to”

The most common way to phrase the statement in discussion is by saying “including but not limited too.”

However, other variations may also be observed in expressing the idea of “all-inclusivity.”

These expressions are listed in the following subsections.

Included but not limited to

Having a similar implication with the earlier expression, “included but not limited to” may also be used in the sentence construction.

The only difference that should be noted is particularly on the word “included.”

This time, it needs to serve as the main verb in the sentence rather than a preposition followed by a noun phrase.

As the main verb, its inflection is in the simple past tense denoting a vague temporal meaning anytime before the relative present.

It was found that the major objects of intense interest or addiction included, but not limited to, drugs, activities, or alcoholic beverages.

The sentence above states that the most common objects of human addiction could be a kind of drug, activity, or alcoholic beverage.

However, the list only includes a few representative samples from all possible entities that could become objects of addiction.

To shorten the information intended, the parenthetical expression “but not limited to” is added, as well as to draw emphasis on this implication.

The simplest workaround to determining whether any expression ought to be encapsulated with commas is to try removing it.

If the sentence still makes sense, then the expression could be considered as an additional parenthetical element and hence removable.

It was found that the major objects of intense interest or addiction included drugs, activities, or alcoholic beverages.

Another way to punctuate the sentence above is by using a colon in introducing the serial list of items, with a slight adjustment to the necessary words.

It was found that the major objects of intense interest or addiction included, but not limited to the following: drugs, activities, or alcoholic beverages.

When “included but not limited to” is intended to be implied as an essential part of the sentence rather than an additional element, the commas may be conveniently removed.

The catch in this type of construction, though, is creating a lengthy and complex sentence that may appear ambiguous to non-technical readers.

In effect, the sentence could invite an “ungrammatical” impression without the commas, thereby increasing the salience of the comma placement.

In fact, there are no hard and fast rules that prescribe the comma placement in creating these types of sentences.

This mainly depends on the writer’s style and intention towards the expected readers.

One last thing to consider, too, is the sentence length which means the longer the sentence is, the more essential commas become.

Including without limitation to

Another mask that could be worn by the expression being discussed is “including without limitation to”.

Apparently, the easiest way to punctuate this expression is to place commas before “without” and after “to.”

The intended sense is retained when punctuating the expression this way.

The contractor unconditionally agrees to waive all financial liabilities including, without limitation to, any claims or demands based on the contractor’s gross negligence and breach of contract.

The sample sentence above is observable in liability waivers, legally known as an exculpatory clause, intended for acknowledging the risks involved in an activity.

The clause indicates that the contractor understands that he or she will not be able to demand forms of financial compensation for any injury caused by deliberate carelessness or inattention.

However, it is indicative that other related bases may also legally apply if the contractor is proven guilty.

The adjacent commas in “without limitation to” are grammatically omissible but are textually recommended for clarity purposes.

Including without limiting the generality of the foregoing

To  extend the ongoing verbosity, another possible way to state the expression is by using “including without limiting the generality of the foregoing.”

The same sense and purpose are retained despite the wordiness of the expression.

The main difference of this prepositional phrase is that it is generally positioned at the earlier parts of a sentence or clausal list.

Using this phrase in particular redirects the reference back to the preceding immediate statement or examples.

The words after “including” are treated as parenthetical elements as well, and therefore encapsulated with commas.

Including, without limiting the generality of the foregoing, I hereby release the employer and all other personnel from any probable liabilities resulting from my own negligence and breach of contract.

The exculpatory phrase may also be replaced by “notwithstanding anything to the contrary” which could reinforce some issues among readers.

The comma before “without” is omissible but the “comma” after “foregoing” is nonetheless essential as it ends the introductory statement in the example above.

“Including” may also be removed from the sentence as the following words already imply a similar meaning.

The problem with “included but not limited to”

The wordiness of the expressions tackled in this post, albeit safeguards the authority, could invite trouble in worst-case circumstances.

The base verb “(to) include” technically refers to an entity or entities that is a part or parts of a whole.

It, therefore, implies the extra verbiage afterward, usually written in parenthetical form, may be construed as redundant and unnecessary.

This case should only be treated as passable in legal and academic papers that are intended for audiences who are no less than technical readers.

No matter who is asked, every language breathes arbitrariness, novelty, as well as intentional or unconscious ambiguity.

To balance the intelligibility curve, punctuation marks like commas are beneficial and essential in the process.

Thus, discretion and balance are advised among writers when employing relatively technical and complicated expressions.