Since language breathes arbitrariness and novelty, written linguistic devices can sometimes get shady.

While words can be polysemic, the symbols that dictate how they should be read may further exacerbate writing issues.

Even though punctuation marks occasionally seem intimidating, they do serve some beneficial purposes too.

They guide readers not to get derailed from the context and also assist the compartmentalization of written items, which provides clarity to the content.

To further elaborate on comma usage, this post focuses on the comma placement rules in spatial or locative addresses in detail.

Do we need commas in addresses?

Commas are necessary when writing addresses, at least from a general perspective.

Commas are crucial marks that specify and distinguish places in addresses, which are typically written in a street-city-state sequence.

The street, city, and state names are offset with commas, but the street number and postal code aren’t.

However, we must not separate addresses with commas either when they are linked with prepositions, or when following specialized guidelines such as the USPS.

What is an address?

Addresses are a collection of referential information used to locate spatial entities such as buildings and landmarks.

In other words, an address refers to the particular names of places used when describing business locations and residential spaces.

Addresses used to be easy to memorize in the past as well as the comma rules that govern their usage.

At present, the accessibility of quick-and-easy-to-retrieve online data is one major driving factor that has led to the declined levels of information retention.

Although the digital era offers counterproductive effects, it has also significantly improved a myriad of processes that are essential for the advancement of human civilization.

With technological advancements, addresses have been able to serve more functions aside from identification and record keeping.

Recently, addresses have been a crucial part of economic expansion as they are principal tools in courier and transportation services.

Because of the comprehensively stored online data on addresses, international and local products are now shipped in a relatively short period.

Also, we need not worry about getting to unfamiliar places because of the navigation tools that have dramatically enhanced transportation services.

In a nutshell, addresses are an unarguably vital tool in augmenting the economy which, in turn, marks some of the greatest achievements of human evolution.

Ergo, understanding the fundamental rules that guide the appropriate writing of addresses is essential. 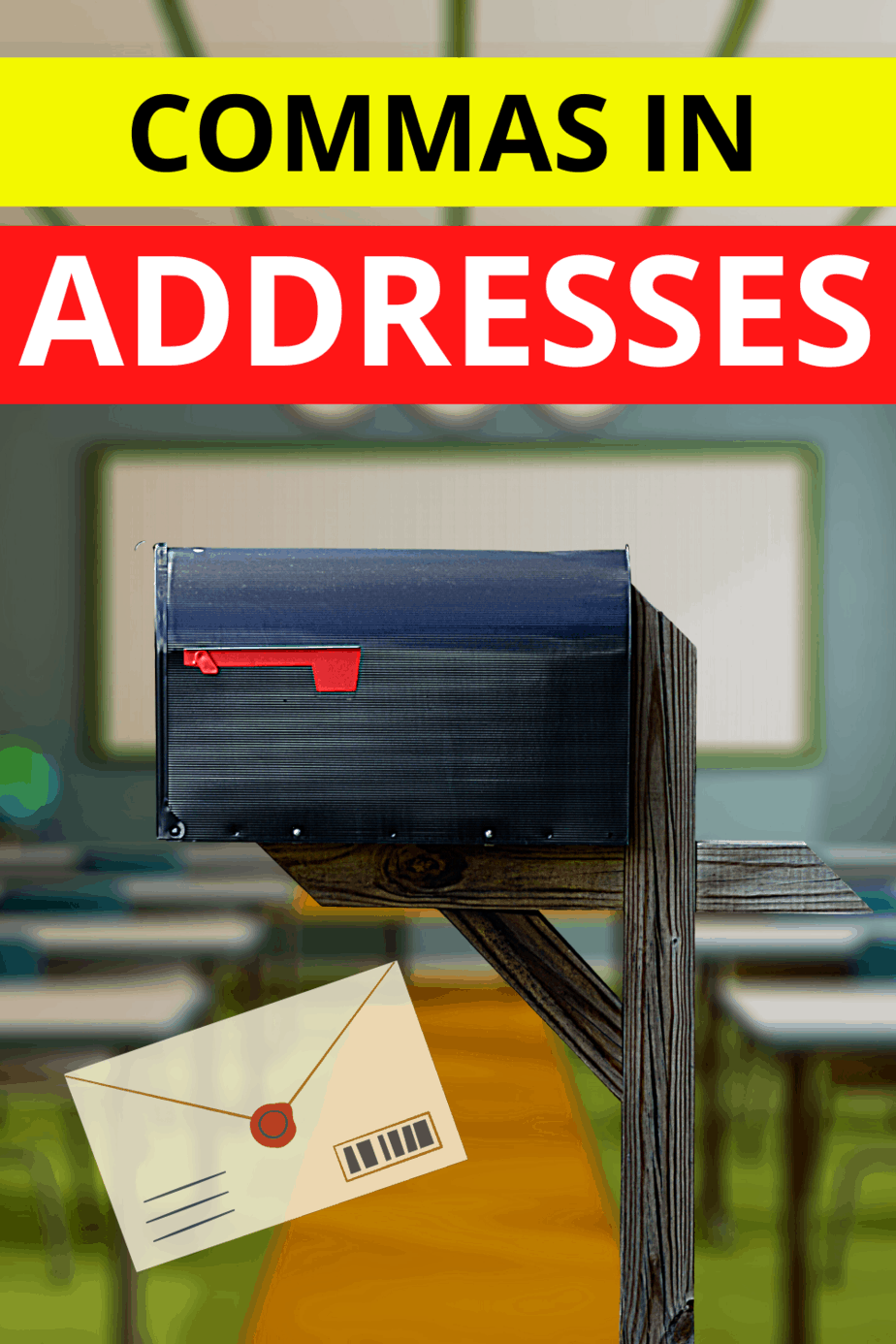 Before proceeding, all the addresses included in this post were randomly generated for the sole purpose of providing examples.

Writing addresses are taught as early as in primary school and even more so in tertiary education such as in business correspondence courses.

This implies the indisputable essence of addresses which is mainly to constantly remind all ages how to separate one locative entity from another correctly.

Whether simply writing the city and state only or even a more complete form, commas are inserted by default.

Since addresses are proper nouns, all the first letters are to be capitalized, and the abbreviated state name should be written in the upper case as well.

Here’s an example of an address that contains a house number, street name, building number, city, state, and postal code according to the format followed in the USA.

Each entity is separated by a comma except for two cases: between the state and zip code and between the house number and street name.

This means that the comma must come after the street name, not the number; apartment number, if applicable; and city name, but not after the state when followed by a postal code.

When other specifiers are included, such as the building name and apartment number, commas are still needed

Each address entity should be set off with a comma to clearly distinguish it from the others.

The building name is placed after the street name followed by the apartment number lest they are applicable.

Again, no commas should come after the house number and the state name when followed by a postal code.

The first line contains the house number, street name, and the optional building name or number.

Also notice that no commas should come at the end of each line, particularly after the apartment number and the postal code.

This is the usual format for a handwritten address that also contains a person’s name at the top.

Most of the time, sentences usually end in the last address entity, as demonstrated in the previous examples.

However, if the sentence would continue further, a comma must be placed after the final address entity but not before the first.

This means that no comma should come before the house number, but a comma must come after the postal code.

The same is true even for shorter address formats as in the example below.

We moved to Seattle, Washington, to be closer to my grandparents.

When do we not need commas in addresses?

Now that the comma placement rules have been made clear, it is also crucial to understand when not to use any commas at all.

The two main circumstances that dictate the non-insertion of commas are linking addresses with prepositions and following a specialized guideline.

In writing a spatial address, no commas are needed when the entities are linked with prepositions.

The prepositions entirely serve the function of commas, and they are already sufficient in separating the locations.

Send me the document in care of P.O. Box 805 in 3118 Samson Street.
We have recently moved to Orange County in California.

When the address is written vertically, specialized formats may not contain commas.

The next example is the version recommended by the United States Postal Service which is the agency responsible for postal services in the USA.

An automated mail processing system is used by the agency which requires specified character formatting in order to be read by machines.

The capitalization, comma omission, and the two white spaces after the state are intentionally done to avoid any misinterpretation of characters.

Further character and abbreviation guidelines are available online for reference.

The knowledge of appropriately writing addresses is necessary when filling up both official and non-official documents, which regularly happens.

A mistakenly written address could trigger confusion and even hamper delivery and transportation services.

Thus, even though writing addresses can be confusing because it requires attention to detail, this is a basic skill that every person has to know.