Writing cards or online posts to congratulate our friends on the important milestones in their lives is important.

It should be easy enough to express well wishes to someone you care about. Doing so can be complicated, however, if we are unsure about which words to use to express what we are congratulating them for.

While it is usually easy to distinguish between a birthday and an anniversary, there are certain circumstances in which the lines become blurred.

What is the difference between a birthday and an anniversary?

Where does the confusion between “birthday” and “anniversary” come from?

Despite their apparently distinct definitions, there are several contexts in which the word birthday can be used to refer to something that would usually be called an anniversary.

To add to the confusion, birthdays are a kind of anniversary, namely “anniversaries of birth.”

What makes a birthday an anniversary, is that it is a celebration of a date because of something that happened on that date in the past. In this case, that thing is a person’s birth.

Birthdays do not only happen to people, however.

The anniversary of a country’s founding or independence is also often referred to as a birthday.

Some people may also become confused about the difference between a birthday and an anniversary because of what is known in the field of translation studies as “false friends.”

A false friend is a word that sounds identical or similar to a word in another language, but which has a different meaning.

Those familiar with the French language may become confused by the fact that happy birthday in French is bon anniversaire.

Upon hearing “anniversary,” they might assume that it has the same meaning as the similar sounding anniversaire.

This could cause them to wish someone “Happy anniversary,” when what they really mean is “happy birthday.”

When to use the word birthday

Here is a quick run-through of some common situations in which it would be appropriate to use the word birthday. 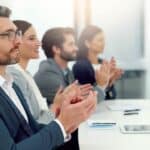 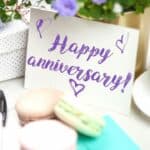 How to Write a Thank You Reply for Anniversary Wishes 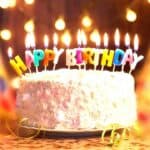 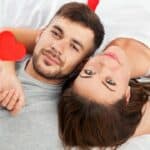 The Difference between “Love” and “Loves” — Explained

This first and most obvious use of the word birthday is straightforward. If it is the same day of the same month on which a person was born in a previous year, then it is their birthday.

If someone you know is turning a year older and is celebrating that fact, it is always appropriate to wish them “happy birthday.”

Birthday is a noun, so you can say that it is someone’s birthday.

For some reason, we do not use the word anniversary when talking about a country’s founding. Instead, we refer to the day of a country’s birth.

It is common to hear people speak about the 4th of July as America’s birthday.

Many celebratory cards or online posts will read, “happy birthday America!”, but you would be unlikely to hear “happy anniversary America!”

It is also common to refer to a country’s founding day as its “Independence Day.”

3 The founding of an organization or institution

A birthday can also be the anniversary of the day an institution was founded.

If an institution or organization was founded five years ago, it would be appropriate for you to say, “today is the foundation’s fifth birthday.”

However, you could also say “it is the fifth anniversary of the foundation’s founding.”

When to use the word anniversary

Here is a brief run-through of some common situations in which it would be appropriate to use the word anniversary.

1. The day on which a marriage took place in a previous year

Historically, the most common meaning of the word anniversary was the date on which a couple got married.

This is now changing, as it has long been common for couples to spend years in committed relationships before getting married.

As a result, the definition and applicability of the term anniversary when referring to romantic relationships have changed.

It is now common for a couple to speak about their anniversary, even if they are not married. Their anniversary will usually be the day they became partners.

2. The day on which a romantic relationship began

As mentioned above, people no longer have to be married to use the term anniversary to refer to the date on which their romantic relationship began.

One thing worth flagging is that people now frequently speak about two week or six month anniversaries.

Technically, calling these dates anniversaries is a misnomer. “Anniversary” shares the Latin root “ann” with “annual,” which means once yearly. An anniversary is one day that occurs once per year.

However, it is now acceptable to informally refer to an anniversary as a measure of time since the beginning of a relationship, rather than as being something that happens once per year.

3. The day on which a friendship began

Because of the importance friendships have relative to romantic relationship in our modern world, it is also not uncommon nowadays to hear people speaking about “friendship anniversaries.”

While significantly less formal than a wedding anniversary, and likely of less importance to most people outside of the friendship being celebrated, you can still refer to the “anniversary of your friendship.”