While most people are confident enough in using “has had” or “have had” in a sentence, using “had had” is a whole different story.

Well, we can’t blame anyone for this because, in the first place, the grammatical rules behind “had had” are certainly not for beginners.

Today, we won’t only find out what “had had” means and when we have to use it.

We will get also deeper into its grammar and context so we can use it with ease.

Let’s begin with a quick answer.

When do we use the construction “had had” in English?

“Had had” in more detail

There are three main tenses in English, namely, the past, present, and future. Meanwhile, there are four aspects: the simple, the perfect, the progressive, and the perfect progressive.

“Had had” takes the “past” tense and the “perfect” aspect. This construction is more commonly known as the “past perfect tense” for convenience.

This construction is tricky enough to confuse most, if not all, non-native speakers of English. This is because it is uncommon to use the same words together.

This unusual grammatical thing may also be observed in the use of “that that” in sentence construction or syntax.

If you haven’t heard of what exactly syntax is and maybe want to know more about it, feel free to check out our beginner’s guide to syntax for some background.

To continue, native speakers may also generally know how to use “had had” in both speaking and writing. But, they may not be aware of the rules that govern this verb phrase.

So, it would be great to have some context about it before we dive a few miles deeper.

The meaning of “had had”

Moreover, it can also be used to convey more complex meanings such as “had contained,” “had obtained,” “had shown,” “had caused,” and “had borne.”

Because of these nuances in meaning, there is no wonder why many people question its meaning, grammar, and usage.

Among the others mentioned above, the easiest ways to explain the meaning of “had had” is through its “had eaten” and “had owned” senses, so let’s focus on these two.

We use “had had” in the sense of “had eaten” to describe our action of eating in the past before something else happened. 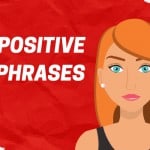 English Grammar: “with which” in a Nutshell

Likewise, we use “had had” in the sense of “had owned” to say that something had belonged to us before something else happened.

Of course, our explanation doesn’t end there. We need to contextualize “had had” further to fully make sense of it.

Using “had had” in context

In particular, we use “had had” in the sense of “had eaten” when we want to describe the act of eating at a certain time in the past before something else took place.

Let’s just say you’re meeting someone at around two o’clock in the afternoon. Upon meeting that person, he or she asks you “Have you eaten yet?”

Let’s also just say that you regularly eat your lunch at around twelve o’clock at noon and you never skip it no matter where you go.

In this case, you would have to answer the person by saying “Yes. I had had lunch before I came here.” This way, you wouldn’t have to tell the person the exact time you ate your meal.

If you want to be more precise, though, you would say “I had had lunch at twelve noon and came here immediately after eating so I could meet you.”

In actual scenarios, talking about food is treated more like a conversation opener. So, it would be too much to explain the exact order of events unless you really need to do so.

More or less, that explanation sums up the context in which we need to use “had had.” But, let’s maybe have another example to understand better. This time, let’s use the sense “had owned.”

We can say we “had had” or “had owned” something in the past before describing another action that also happened back then.

As an example, you could say you “had had” or “had owned” a dog before you moved to another state for college.

Saying that you “had had” a dog before going to college would most likely imply that your dog had already passed away, or it could have been given to someone else.

Because of this phrase, we are able to describe things without getting too much into precise time-related details such as saying “at twelve o’clock” or “in 2005.”

The grammar behind “had had”

The verb “to have,” sometimes “has,” is one of the trickiest to use in English. This is because it can act both as an auxiliary or helping verb as well as the main verb in sentences.

Apart from that, when acting as the main verb, the word “have” can also have several meanings, as explained earlier. This certainly adds insult to the injury.

Interestingly, verbs are also used to indirectly refer to time. For example, rather than explicitly using adverbs like “yesterday” and “last week,” we can just use “went” or “did.”

Of course, adverbs and verbs are both important in making our sentences more meaningful and less ambiguous when communicating.

In connection with adverbs, people ask whether the word “for” is an adverb or not. Actually, “for” is not an adverb because it is either a preposition or conjunction instead.

In case you also need a definitive guide on conjunctions to know more about how it works, please don’t hesitate to read more about it to gain supplementary insights.

Confusions like the one above commonly happen because of our unawareness of the rules of English grammar or even our indifference to it.

As we get more familiar with the English language, as well as with our message receiver, we would not need to worry about it anymore.

Oftentimes, we even do not have to use complete sentences when communicating anymore because we could already understand implied or suggested meaning.

Having said that, it is also possible to use the verb phrase “had had” minus the “before” clause. This is also one of the main reasons why this phrase exists.

In the case of “had had,” the first “had” is used to specify the aspect of the second “had,” which is again the perfect aspect.

In the simplest terms possible, the verb phrase “had had” is mainly used to refer to a first action or event that occurs before a second action or event when both actions occur in the past

The perfect aspect can be used in all three tenses, namely, the past, present, and future. To recall, in the case of “had had,” we are making use of the past tense combined with the perfect aspect.

For distinction, the past perfect tense is more relevant to past events or those that happened anytime before the relative “now.”

Whereas, the present perfect tense is clearly more relevant to the relative “now” rather than anything that occurred in the past.

With that being said, we could simply say that expressing ideas using “had had” should always be related only to past events.

Lola had had a dog named Lucy before she moved to Texas. Sadly enough, Lucy died in an accident that had also changed Lola’s life in an instant.

Meanwhile, expressing any idea using “have had” or “has had” should always be related to things in the present.

Lola has had an accident. It happened while she was walking her dog at the nearby park one sunny afternoon. Because of this, she has been blind for a year now.

To make things even much easier, “had had” often goes together with words and phrases like “when,” “by the time,” and “before.”

She had had a great life before she met the wrong people.
When mom arrived, we had had dinner already.
By the time Mark got home, his sister Tilly had had a seizure.

As you can see in the examples, these expressions are used to specify the “other” event or action that also took place in the past for clarity.

At times, though, the “other” action or event may just be implied to observe social and even stylistic rules. We normally do this to achieve some emotional effect.

Here’s an example of how to use “had had” without the suggested expressions “when,” “by the time,” and “before”:

Gilbert had had everything — a growing business, a loving wife, and two lovely kids. Unfortunately, a drunk trailer driver changed his life forever.

In the example above, we can see that the usual cue words like “when,” “before,” and “by the time” are intentionally avoided to be able to tell a more interesting story.

Because of this technique, readers get prompted to assume that something bad had happened to the subject and all the other characters mentioned even without the details yet.

Apparently, there’s more to “had had” than what meets the eye. We can also use it stylistically to evoke some emotional effect to either a listener or reader.

On top of everything explained above, we also have to take note of the incorrect usage of “had had” to make this verb phrase fully function.

The incorrect use of “had had” and “have had”

As “had had” is used to denote something that happened before the occurrence of another event or action in the past, using the word “after” along with it doesn’t make sense.

(incorrect) I had had breakfast after I went to work this morning.

As you may figure, although the sentence above may look harmless on the surface, there is no way to understand the order of events because of its ungrammaticality.

In the same vein, it would also be ungrammatical to use “have had” if we are to use it to suggest the meaning of “had had.”

(incorrect) I have had dinner before my brother arrived earlier this evening.

In the example above, the correct expression should be “had had” since we are talking about an action that occurred before something else did in the past.

So, to make communication better, we have to avoid these anomalous constructions even if they may look innocent to the casual eye.

Frequently Asked Questions on “Using ‘Had Had’ in English”

How do we use the auxiliary verb “had” in grammar?

What is an example of using “have had” in a sentence?

The adverb “already” works very well with “had had,” especially in its “have eaten” sense. For example, we can say “I have already had dinner” to imply that we have already eaten a meal without explaining the time of the action.

What does “have had to” mean?

“Have had to” suggests the same meaning as “needed to.” It is used to talk about necessary actions that are more related or connected to the present than the past or future.

While using “had had” is both uncomfortable and even tricky for some, we do know now that this verb phrase exists for a reason.

So, keep that curiosity going and ask questions related to the English language relentlessly. This way, we can make the language more accessible to even the most far-flung places in the world.