Skip to Content
English has a lot of idiomatic expressions, phrases or words that are used in the same pattern every time and which may have surprising meanings.

These idioms can be confusing if you’re not familiar with them.

Let’s take a look at one such expression, the phrase “with that being said.”

How do you use “with that being said” in a sentence?

The phrase “with that being said” is an idiom similar in meaning to the word “however.”

Simply put, you use this phrase to connect two sentences in a way that shows the second goes against the expectations provided by the first.

Taken together, this expression suggests that, despite the suggestion of sentence 1, sentence 2 is also true.

Simply write the first sentence as normal, then add “with that being said” and a comma at the start of the second sentence.

[sentence 1] With that being said, [sentence two]

It’s also worth noting that “with that being said” sounds a bit casual, or semi-formal at best.

It would sound fine in a work-related conversation, and even in a short email between two people.

Here are two examples of how to use “with that being said.”

As you can see, simply placing this phrase between two sentences serves to highlight a contrast between them.

So what part of speech is this phrase?

“With that being said” and similar phrases are confusing in part because of the grammar.

The word “said” is not actually the past tense of the verb “to say” in this expression, but rather an adjective.

That can be hard to wrap your brain around.

Consider the word “unspoken,” however, and it starts to make more sense.

In the sentence “he had an unspoken secret,” the word “unspoken” is clearly an adjective describing the secret.

The secret hasn’t been spoken, so nobody knows what it is.

Likewise, if something “goes unsaid,” we know it hasn’t been said.

The reason “said” is hard to accept as an adjective is because it doesn’t really exist in normal English any more outside of this and similar idiomatic phrases.

Basically, though, “said” just defines the quality of something having been spoken aloud.

After we know “said” is an adjective, the rest of the phrase is easy to figure out.

“Be,” which looks like a helping verb, is actually the main verb, and it’s the present participle, meaning it’s showing that the statement in the first sentence continues to be “said” or true.

Some other ways of saying “with that being said”

The phrase “with that being said” isn’t the only game in town when it comes to idiomatic ways of saying “however.” 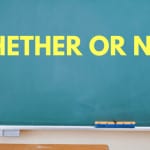 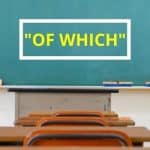 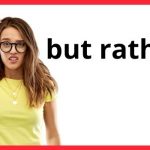 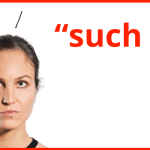 How to Use the Phrase “such as” in a Sentence

Here are some other options.

This is exactly the same as “with that being said,” only without a “with.”

The meaning doesn’t change, and the grammatical explanation is also the same.

Here, “having” stands in for “being,” while “said” is actually a past-tense verb, but the essential meaning is the same.

Of course, you may disagree that the second statement is true in either of these examples.

Nonetheless, they are valid uses of the phrase “having said that.”

“That having been said”

This is a fuller construction that’s nonetheless identical in meaning. If you like, you can add a “with” in front of the “that,” just as you can in “with that being said.”

The only real difference is that “been” is in the past tense here, and supported by “having” to show that the spoken nature of the first statement is in the past. (Grammatically speaking, “having been” is the past participle of the verb “to be.”)

You can still use this version to refer to things you literally just finished saying, though.

As you can see, the structure and meaning of this phrase are both identical to “with that being said.”

This casual, very-short version of “with that being said” has even dropped the verb.

It’s possible that this version of the expression exists due to the fact that “said” looks like a verb. Despite the lack of a “being” verb, though “said” is still an adjective in this expression.

Despite the fact that this expression is technically ungrammatical, it’s still understandable, and is pretty common in casual speech.

This version definitely shouldn’t show up in writing in most, if not all, cases. One exception might be if you’re writing casual dialog in a piece of fiction.

As with our other versions, the meaning and use of this expression is the same.

“Bob’s such a dummie. That said, he sure is funny.”
“I just read an article about grammar, and my head hurts now. That said, I understand commas a lot better.”

Again, the meaning and structure of this expression is the same as “with that being said.”

If you want to really dive into the rabbit hole of “that said,” check out this article from linguists at the University of Pennsylvania’s Language Log to learn about what it means for something to be an “absolutive participial phrase” or an example of “procatalepsis,” and how widening differences in American and British English may have played a role in the popularity of this shortest of expressions.