English and Japanese don’t always match up, and it can be hard to find the best way to translate a common English phrase.

One example is “take care.”

How do you say “take care” in Japanese?

The most common ways to say “take care” are お大事に (odaijini) and お元気で (ogenkide). Both these phrases express a desire that the person you are speaking to remains safe and in good health, just like the English phrase “take care.”

The literal meaning of お大事に is “of important things.” 大事, which means important, is preceded by お, which makes a phrase more polite and formal.

You might notice this isn’t a complete sentence. The implied verb is typically なさってください, the respectful form of the all-purpose verb する.

Although する and なさる mean “to do,” they can stand in for almost any verb. In this case, the full sentence means something like “Take care of what’s important.”

This is not a phrase you would say as a casual goodbye.

Although it’s similar to “take care,” it implies that the person is either sick or likely to be in some other dangerous situation.

You can also use this phrase to say “get well soon.”

“I heard you got sick at university. Is that really true?”
“Yes, Grandma.”
“My! You need to take care, okay?”

お大事に, translated here as “take care,” is an injunction from the grandmother to her grandchild. It’s not a goodbye, but a reminder of what’s important.

Because this isn’t a formal conversation, the grandmother didn’t add a verb. Instead, the particle ね is used to emphasize her point.

If anything, this phrase is more explicitly health-based. The kanji 元気 mean “healthy,” so a literal translation of this phrase would be something like “be in good health.”

That said, お元気で is more like the English “take care” in that it’s used to say goodbye to someone in a conversation. Unlike the English phrase, however, お元気で suggests that it will be a while until you meet again. 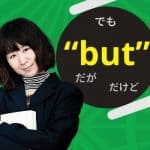 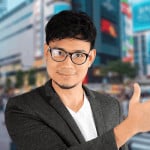 In this sample conversation, one person is leaving town for a while. Although the second person has to end the conversation abruptly, they do so by saying お元気で as a way of showing they wish the other person well.

How to say “take care while you’re gone” in Japanese

As any student of Japanese can tell you, 行ってらっしゃい is often taught as a stock phrase to use when someone leaves the home.

The phrase is made up of 行く, to go, and the command form of いらっしゃる, an honorific and complex verb that means something like “to come,” “to go” or “to be” depending on context.

“Go and come back” sounds very strange in English, though, so “take care” is a more sensible way to translate this stock phrase.

Because 行ってらっしゃい is a stock phrase, it doesn’t need much explanation. Just remember that it’s usually only used in a home setting.

気を付けて, while it can also mean “take care,” usually carries a suggestion that someone needs to be careful of something specific.

You shouldn’t use this phrase to end a conversation, but it can still sometimes show up as “take care” in English translations.

「暗いですから、うちに帰ると気をつけてね。」
“It’s dark, so take care on your way home.”

「道が狭いから、気を付けてね。」
“The road is narrow, so take care.”

Obviously, these uses of “take care” would not make sense in any casual conversation. If there’s a specific thing you want to tell someone to watch out for, however, 気を付けて is a useful phrase.