Prepositions, conjunctions and adverbs are all parts of speech that tend to confuse writers.

In part, this is because nobody remembers being taught about them properly. But they can also require you to completely change the order of the phrases in a sentence when they appear.

For example, “as a result” and “as a result of” have identical meanings but very different sentence structures.

How do you use “as a result” in a sentence?

The phrase “as a result” shows when one thing happens because of another. There are two main ways to use this phrase in a sentence. “As a result” can be used before a comma and the clause it modifies. It can also appear as a conjunctive adverbial phrase to join two clauses.

The meaning of “as a result”

The word “result” is a noun meaning “a consequence, effect, or outcome.” In other words, “a result” is what you get when you do one thing and something else happens. It’s just a way to describe cause and effect. The “as” at the beginning of the phrase is acting as a conjunction, a type of word that typically connects two phrases or clauses. In this case, “as” is used to show the means by which something happens.

Taken as a whole, then, “as a result” just means that something happened because of something else.

The two ways to use “as a result”

There are two main ways to use “as a result” in a sentence.

First, “as a result” can be used as a phrase by itself. In this case, the phrase refers to a clause or phrase in front of it and is followed by a comma.

Alternatively, you can place an “of” after the phrase. The addition of this word makes it so that “as a result” refers to the phrase immediately following.

No matter which of these you choose, the meaning doesn’t change even though the phrases it refers to may be in slightly different locations.

“As a result” by itself

To use “as a result” by itself, simply place it at the start of a sentence or after the word “and.”

If placing “as a result” at the start of a sentence, it needs to be followed by a comma as it is an introductory phrase.

When placed in the middle of a sentence, “as a result” should usually be completely set off by commas.

However, depending on the rest of your sentence the comma in front may not be necessary.

When you use “as a result” by itself, the result comes directly after the phrase and the cause comes in front of it.

If you’re using “as a result” at the start of a sentence, the cause should be in the sentence before the phrase or made obvious from nonverbal context.

“Alice fell asleep after drinking too much hot chocolate. As a result, she had the strangest dream.”

In this example, “as a result” starts the second sentence, while the first explains the thing that caused her to have a strange dream.

“I fell behind on my assigned reading, and, as a result, my grades suffered.”

Here, “as a result” is placed in the middle of a sentence following the word “and.” Note that the phrase is set off by commas.

This is because it is a nonessential phrase, which should be surrounded by commas. What that means is that the meaning of the sentence doesn’t change if you take out “as a result.”

“As a result” followed by “of”

Although the meaning of “as a result of” is identical to “as a result,” the way to use this version of the phrase in a sentence differs slightly. 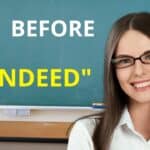 Comma before “indeed” ― Your One-stop Guide 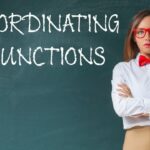 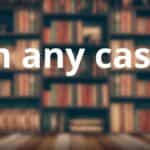 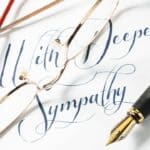 How to Write a Sympathy Letter — Your One-stop Guide

The word “of” is a preposition, a type of word that shows the relationship between two things.

When used with “as a result,” it changes where you place the cause and result the expression is describing.

With “as a result of,” you should place the cause directly after the phrase.

Also unlike “as a result,” when you are using “as a result of” in a sentence you should not follow the phrase with a comma.

“As a result of many people being laid off, companies have struggled to supply consumer goods.”

The cause in this sentence is that people have been laid off, as noted by “as a result of.” The effect comes after the cause, with a comma necessary to clarify the meaning of the sentence.

“This game is hard to find as a result of its extreme popularity.”

In this sentence, “the game is hard to find” is the result. It appears at the start of the sentence and is followed first by “as a result” and then by the cause of the difficulty.