People ask whether “me either” or “me neither” is grammatically correct. A quick search online would let you know that either expression works just fine in real life.

But, why is this so? And, why do people still come up with such questions these days if either way really does work?

Today, we’ll try to understand more deeply why and how the English language works in its own mysterious ways.

Let’s begin with a quick go-to answer before we get into the nitty-gritty.

Which one is correct between “me either” and “me neither”?

Why “me either” and “me neither” matter

Agreeing or disagreeing with what somebody else says is probably as common as dirt. It’s simply something that can’t be helped because of how the human mind works.

While there are standard ways in which we can express agreements and disagreements in the English language, there are also other unique yet utterly common means of doing so.

What we are looking into today is linked to informal or colloquial language strategies and variations. Oftentimes, we simply call this “casual language use.”

If you have heard or read of the word “syntax” before but don’t know what it exactly is, our beginner’s guide to syntax could make today’s topic more digestible.

“Me either” vs. “me neither” in a nutshell

As mentioned, both “me either” and “me neither” are widely-used expressions among native speakers of English, especially in conversational contexts.

These two short phrases are particularly used when agreeing to negative statements, ideas, opinions, or comments made by others.

As you may figure, English has already evolved a lot, and therefore, the way people make use of the language has also diversified through time.

What this means is that “me either” tends to be more likely used in American English, whereas “me neither” is more common in British English.

The same is also true when we talk about the key differences between a “pub” and a “bar” which is also brought about by language variation.

However, this difference does not necessarily make either of the mentioned variants of English grammatically inferior to each other.

In other words, leaning towards the use of either “me either” or “me neither” does not make one variant “more grammatically correct” than the other.

Instead, these nuances only make languages so much richer and the human mind even more interesting to investigate on. 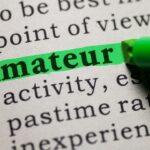 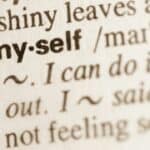 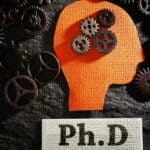 PhD vs Ph.D. — The Correct Abbr. for “Philosophiae Doctor” 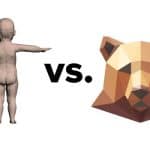 BARE in mind vs. BEAR in mind: Which one is correct?

At other times, though, mere grammatical inconsistencies such as in “scenic spots” vs. “scenery spots” may also cause the confusion.

Now, let us try to get an extra mile deeper on each expression to really see how these phrases came to life.

“Me either”: Grammar in more detail

In layman’s terms, “me either” means “Like you, I don’t like x either.” So, it somehow shares a similar intent when we say “me too” when dealing with affirmative statements.

Affirmative statements are used for making assertions in a positive sense. It can be represented by the word “yes” or “has” to put things more simply.

Meanwhile, negative statements are what we use to disagree with something. It can be represented by either the words “no” or “not.”

Using “me either” is quite tricky because the very point of using it is to “agree with” or acknowledge what someone says in a “negative” way.

This is most likely what’s causing the confusion among many non-native speakers of English, but here’s an example to make the explanation clearer:

B: Really? Me either! (affirmative response)

The example response above is what an American English speaker or follower would most likely use when they want to shorten “I don’t like cilantro either” in casual speech.

A: I hate cilantro. (affirmative statement)

B: Really? Me too! (affirmative response)

Bear in mind that even if the word “hate” in the example above contains a negative connotation or “bad flavor,” the sentence in which it is used is still affirmative.

Again, remember that affirmation is represented by the meaning of the word “yes” and negation by “not” to make things easier.

Another important thing to remember about “me either” is that it is only applicable with a response sentence that implies the use of the first person subject pronoun “I.”

This means that the conventions suggest that it is not reasonable to say short responses like “she or her either,” “he or him either,” “they or them either,” and even “you either.”

Even though the constructions above may be considered “understandable,” most, if not all, native English-speaking adults would steer clear of them.

A: You didn’t eat your veggies, mister.

B: She (referring to older sister) either! (unnatural)

For knowledge extension, you may also want to check out when a comma should come before or after “either” if you want to learn more about how punctuation works.

“Me neither” Grammar in more detail

By the way, to remember what the word “neither” means, you can simply think that it is the combination of “not” and “either.” It is actually great for making sentences more concise.

As you can see, “me neither” is also an affirmative response to a negative statement. Clearly enough, it does serve the same function as “me either.”

The difference here lies within the structure or “syntax” of the complete-sentence versions of the two expressions.

A: I don’t have any pets. (negative statement)

B: Me neither. (affirmative response)

In the example above, what B is actually saying is “Like you, I neither have pets,” which is simply another way of saying “Like you, I don’t have pets either.”

So, feel free to use whichever suits your taste better. When in doubt, you can use complete versions in formal contexts and ellipted or shortened ones in informal scenarios.

But then again, remember to always go with “me too” if you are responding to an affirmative statement, such as in the example below:

Like “me either,” the short response “me neither” is also limited to personal statements. That said, it is also impractical to say “she or her neither” and “you neither” alone.

A: You didn’t tell the truth. (negative statement)

B: You neither! (unnatural)

The more grammatically accurate way of responding to the negative statement above would be “Neither did you” or “You neither told the truth.”

If we think about it, we can only speak for ourselves in real life, especially when agreeing or disagreeing, because it is generally impolite to get ahead of someone else.

This could be a different angle to look at when trying to make sense of why some grammatical structures work while others don’t within a language community.

When to use “me either” vs. “me neither”

In the first place, thinking that one of “me either” and “me neither” could be grammatically incorrect is already an undesirable approach.

Once again, both structures are grammatically acceptable and widely used in conversational language exchanges.

Instead, what we need to bear in mind is whether we should choose between the short (ellipted) or long (complete) responses.

To adhere to language style conventions, it is best to reserve the short responses for colloquial contexts and the complete ones for formal situations.

To recall, the equivalent statements below are what people really mean to say when they use “me either” and “me neither.”

As you can see, the adverbs have moved within the longer versions of “me neither” and “me either” to adhere to the rules of syntax.

Therefore, in complete sentences, we have to take note that “neither” goes before the main verb, while “either” goes to the end of the sentence.

After all, knowing these nuances rather than bickering over something that naturally happens as a result of language change should make communication a lot better.

Frequently Asked Questions on ‘“Me Either” vs “Me Neither”’

What is a synonym for “me either”?

Should we say “not me either” or “me neither”?

“Me too” is a short, informal response that can be used when affirming or agreeing to affirmative statements. For example, we can respond with “me too” when someone says “I like deep-sea diving” if and when we want to agree with that person.

Expressing agreements and disagreements with others is something we have to do through language pretty much all the time.

So, knowing how to properly make use of expressions like “me either” and “me neither” is a practical thing to have in the back of our heads.