What the difference between ni and niha (niwa)? Well, it could be a big difference, or a small one, depending on what you mean. Since Japanese has so many homophones it can be especially difficult to figure out the answer to this.

Most likely, if you’re asking this specific question, then you want to know the difference between the particles に and には, pronounced ni and niwa, respectively.

So, we’re going to spend most of our time on that. But, just in case, we’ll also do a survey of the other common words you might come across that could confuse you since they sound so similar.

Let’s get a bird’s eye view of the main question first.

What’s the difference between ni (に) and niwa (には)?

Ni as a particle by itself has many uses, including—but not limited to—indicating time, location, direction, the indirect object, and purpose. When we use niwa we are (usually) doing one of two things: either adding emphasis or comparison to the word preceding niwa, or using it to indicate a purpose for doing something. The ni part retains its meaning, but the wa part narrows the possibilities. Context clarifies the rest.

How is ni used?

The particle に (ni) has a whole wide range of uses. By my count, there are at least eight, if we don’t count any compound expressions using ni (and we won’t count those, otherwise we’ll be here all day).

Let’s start with some of the most common ones and work our way through it all.

First off, we can use this particle to say when something takes place, just by placing it after the time. Note that this can only be used for specific times, like Tuesday, or six o’clock. But not for relative times, like tomorrow or next week.

We can also indicate the indirect object with this particle, like so.

My mother gave me a doll.

Now, in light of the previous grammatical note, I’ll admit that this next function of the ni particle often confuses and trips me up.

Akira’s friend bought him a watch.

Ni can also indicate the surface where something happens.

Please write the names of your parents here.

In a similar vein, we can also indicate where something or someone is.

That meteorite is in this museum.

We can indicate the location someone or something is moving towards.

From Hakodate I went to Aomori.

Following on from that previous one, we can use this particle to indicate the purpose for going somewhere.

I went to the supermarket to buy milk.

Finally, this particle can be used to express deep sympathy or regret. When used this way it always goes at the end of a sentence.

If you’d come last month, you could have eaten Christmas cake. 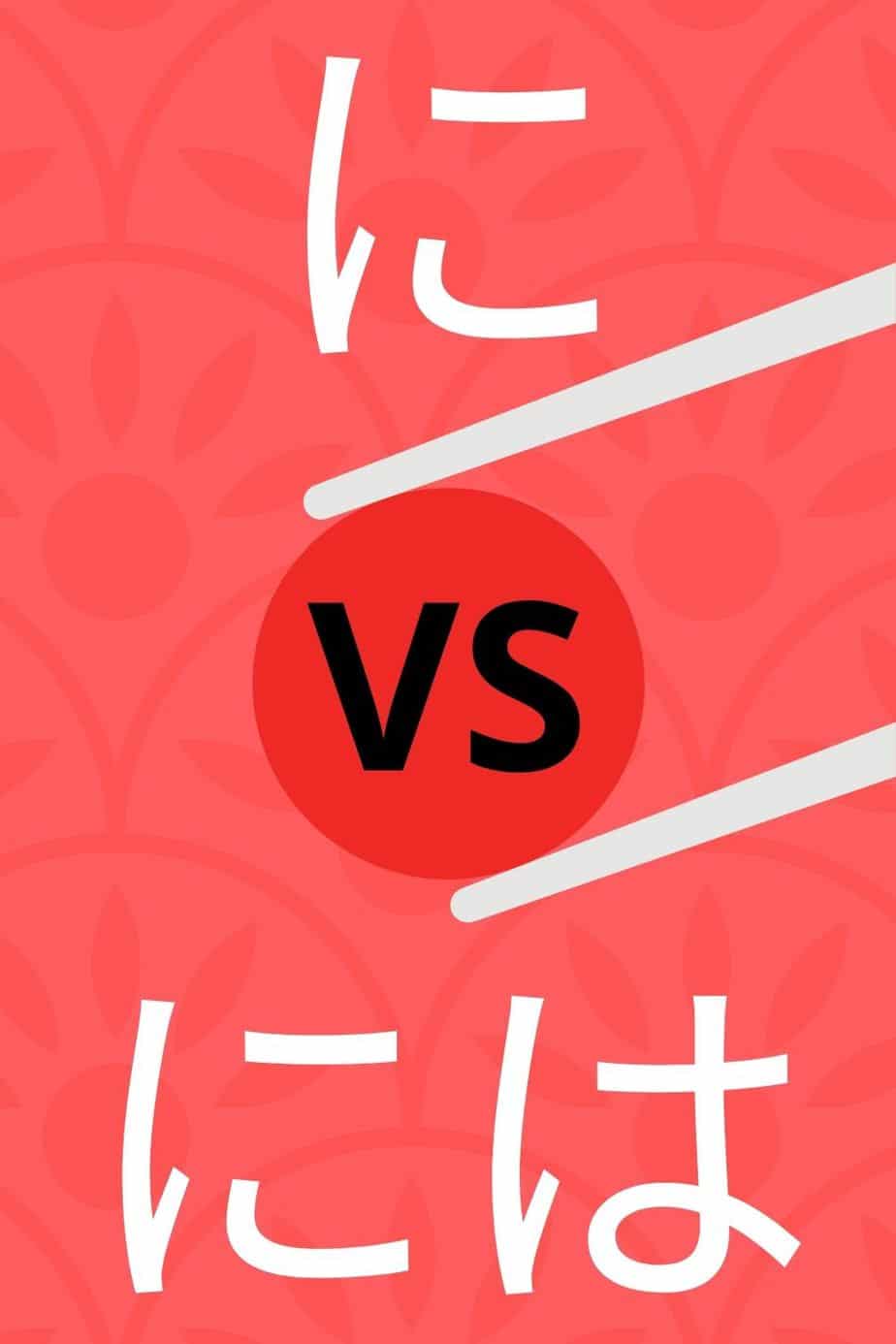 How is niwa used?

The use of niwa (also written niha sometimes, but always pronounced niwa) is simply to perform one of the previously listed functions of the particle ni, while also marking the topic of the sentence at the same time.

This is known as a compound particle. You can do this with most particles—chain them to each other in order to gain multiple grammatical effects at once.

The result of attaching the wa (は) particle to the ni particle serves to create emphasis. In effect, this usually ends up showing the purpose for something, or drawing attention to it over some other possibility.

The wa particle does something interesting by being a topic marker. A good rule of thumb is to think of the wa as (awkwardly) translatable to “speaking of…”

In this sort of instance the niwa is usually used in a broader context. Perhaps someone asked if Mike was going to Europe, but he isn’t, so you want to clarify that he’s going to Africa.

Let’s look at another example.

“Speaking of sneakers, and speaking of going swimming, that’s unsuitable.” That’s not a pretty translation, but hopefully it helps you see the expression in a clearer light.

What are some homophones for ni?

I searched the dictionary, tossed out the archaic forms, and came up with this list:

二
The most obvious one. This version of ni just means two.

似
This is a suffix that means you look like or take after someone.

丹
This is a nice, simple noun meaning vermilion, or red soil.

煮
This one is another suffix that means something is boiled along with something else.

What are some homophones for niwa?

Nice and easy! There’s only one homophone for this one and it’s 庭, meaning garden.