Even though the election results were announced mid-November of 2020, the effects of this momentous event are still reverberating at the time of this writing, mid-January 2021.

It was only a few days ago when the rioters stormed the U.S. Capitol, and there is currently talk of impeaching President Trump for a second time.

With all this going on, it’s almost easy to forget how the elections started. For instance, in early February of 2020, former Vice President, and now president-elect, Joe Biden was speaking at the 100 Club Dinner at SNHIU when the following exchange took place.

A young college student by the name of Madison Moore asked Biden, “You’re arguably the candidate with the greatest advantage in this race.

How do you explain the performance in Iowa, and why should the voters believe that you can win the national election?”

In response, Biden looked at the young woman and said, “Iowa’s a Democratic caucus. You ever been to a caucus?”

Feeling flustered by the fact that the former Vice President had just posed a question to her in front of everyone attending the event, young Madison meekly nodded her head and said, “yes.”

No sooner had the words come out of her mouth than Biden responded back, “No you haven’t. You’re a lying dog-faced pony soldier.”

Don’t worry. The entire exchange was amicable, and Madison laughed at Biden’s remark.

However, Biden’s response did leave plenty of people wondering what “a lying dog-faced pony soldier” was?

Let’s start with the second part of that phrase.

What does the term “pony soldier” mean?

There is a movie that came out in 1952 called “Pony Soldier,” and in the movie, the term “Pony Soldier” is used to refer to a Royal Canadian Mounted Police, who is also the protagonist of the film. The term also appeared in “Hondo,” a John Wayne film that came out in 1953. Other than that, “pony soldier” is an esoteric term that isn’t used much by English-speaking communities.

Who are the “Royal Canadian Mounted Police”?

The Royal Canadian Mounted Police, the RCMP for short, is Canada’s federal and national police force. They also go by the name of Mounties. They are famous for their distinctive uniform and for the fact that they are always seen mounted on a horse, which is why they are dubbed Mounties. It also explains why they are referred to as “pony soldiers,” i.e. soldiers who ride ponies.

What about “dog-faced”? What does that mean?

In “She Wore a Yellow Ribbon,” another John Wayne film but one that came out in 1949, the phrase a “dog-faced soldier” is used to describe American soldiers.

As a matter of fact, at the end of the movie, the narrator talks about the Second Cavalry Regiment and says, “So, here they are. The dog-faced soldiers, the regulars, the fifty-cents a day professionals riding the outposts of a nation.”

However, the expression didn’t start with the John Wayne movie.

“Dogface” was used to talk about U.S. Army foot soldiers who serve in the infantry, and the expression became prominent during the Second World War.

No one knows for sure the origin of “dogface,” but there are a few clues that explain why the expression became cemented. Soldiers used to live in “pup tents” and “foxholes.”

They were treated like dogs and wore dog tags for identification.

Furthermore, if we go back to the American Civil War, the story is that wounded soldiers used to have tags with strings tied to them, and on these tags was written the nature of their wounds. Interestingly, these tags were very similar to the ones people attached to pet dogs or horses.

What also made the expression stick all the more is that infantrymen tend to fight in harsh conditions, forcing them to be cold, wet, and occasionally filthy.

This is all good and well, but what did Joe Biden mean when he called the young woman “a lying dog-faced pony soldier”?

Well, this is the question that no one knows the answer to.

And, what’s more frustrating still is that this wasn’t the first time he had used this expression.

At an event, a young voter pointed out that her father had been promised by former President Barack Obama that he would be able to keep his existing health plan once the Affordable Care Act had passed, yet he wasn’t able to do so.

So, she asked Joe Biden whether the Obama administration was lying to her father.

In response, Biden said, “a lying dog-faced pony soldier. No.”

He then went on to admit that some individuals were compelled to change their health plans as a result of the Affordable Care Act. 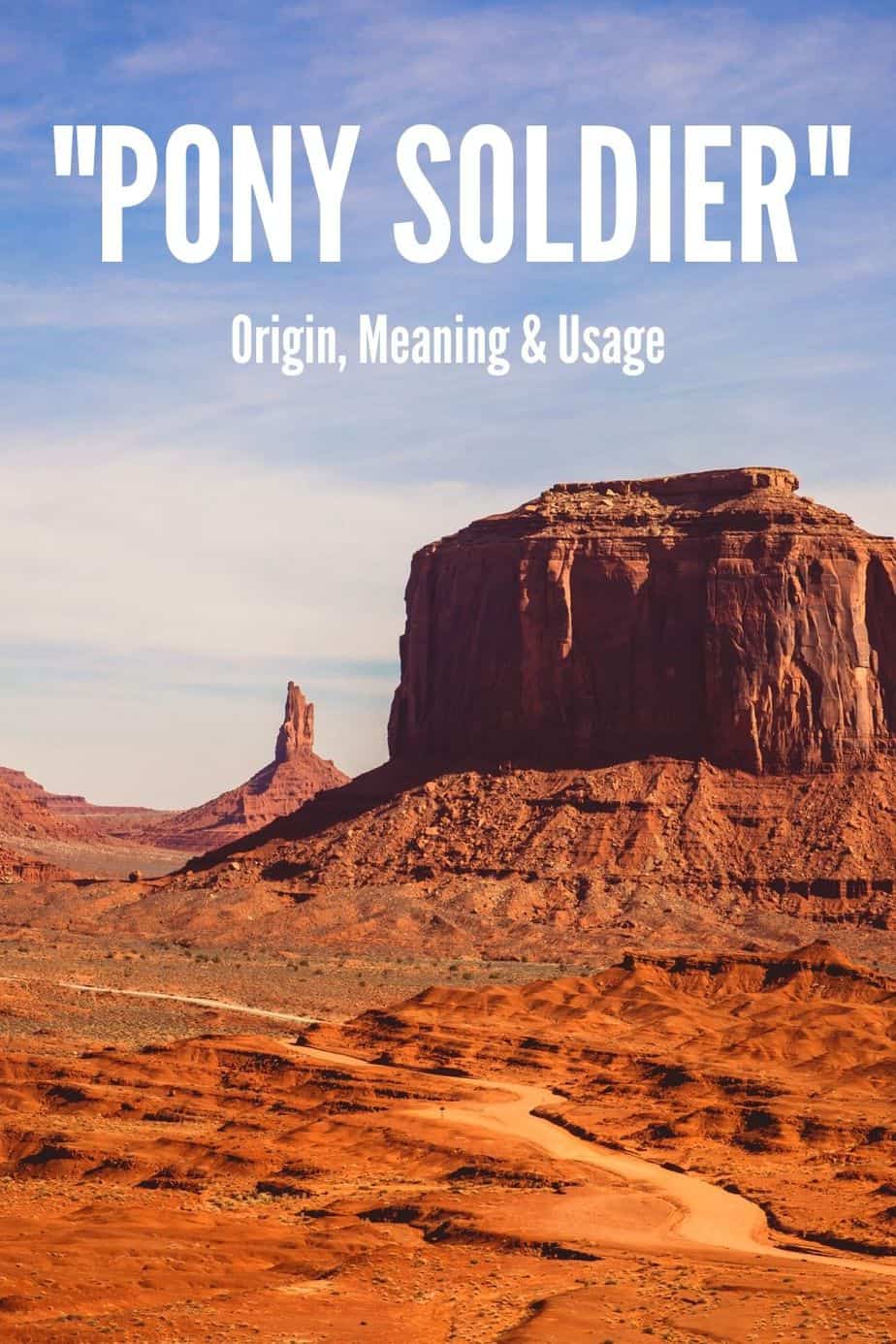 Did Biden ever try to explain what he meant with the expression?

In 2018, at a North Dakota rally, Biden took the effort to explain what “lying dog-faced pony soldier” meant and where it came from. He started off by explaining that his brother loved to quote movie lines.

Then according to him, in one of John Wayne’s movies, there’s a scene where an Indian chief looks at John Wayne and says, “this is a lying dog-faced pony soldier.”

The problem is that no one has confirmed whether that exact line is in any of John Wayne’s films, and it’s something not so easy to confirm or deny. John Wayne has starred in at least 81 movies, if not more.

However, we do know that both “dogface” and “pony soldier” appear each in separate John Wayne films as mentioned above.

And, in the case of Madison Moore, Remi Yamamoto, the Biden campaign traveling national press secretary, took the time to explain on Twitter that Biden was joking when he made that remark.

Yamamoto even pointed out that both the questioner, Moore, and the rest of the room laughed at the expression.

That said, the consensus seems to be that Biden had gotten his metaphors mixed up and that he was using a long, roundabout way of calling the girl a liar.

The effect of nonsense

Although no one knows for certain what Joe Biden meant when he said, “a lying dog-faced pony soldier,” the expression itself brought to the fore a recurring problem with the new president-elect.

You see, rather than giving Moore a straight answer, Biden deflected with his “pony soldier” retort and then went on a different tangent.

This even frustrated Moore who felt that her question had not been answered.

More importantly, the interaction between Moore and Biden highlighted the latter’s tendency to condescend to women during interviews and when asked tough questions.

In fact, it didn’t take long for an outlet like Vox to start referring to other incidents where Biden condescended to women.

For instance, when moderator Lyz Lenz asked Biden about his vacillating stance on “don’t ask, don’t tell” and the Defense of Marriage Act, Biden smiled and responded to Lenz with, “you’re a lovely person.”

He also went on to describe Lenz as “a real sweetheart” when he was backstage, and those of those comments were perceived as condescending by Lenz.

Vox even went so far as to discuss Biden’s previous troubling behavior with women, citing the fact that several women have claimed that he made them uncomfortable with how he kissed or touched them.

Now, saying something no one understands and getting everybody worked up over it is one thing.

However, having people scrutinize your past behavior because of nonsense you said makes you realize the importance of thinking twice before you go and call someone “a lying dog-faced pony soldier.”