If you grew up in the 1980s, odds are you spent a healthy portion of your childhood watching the G.I. Joe cartoon on TV.

If not, you were, at the very least, aware of the Hasbro G.I. Joe toys, trading cards, movies, video games, and even comic books.

Anyway, in an attempt to endear itself to the parents of that generation, the G.I. Joe cartoon show started running public service announcements at the end of their show.

These PSAs covered a range of topics, including the importance of not talking to strangers, the fact that a handicap shouldn’t make someone feel helpless, and the value of not judging people unless given a chance.

These PSAs would play out as follows.

A troubled kid would do something ill-advised or would find themselves in a predicament of sorts.

After that, one of the main protagonists of the G.I. show would come to the rescue and save the kid, after which the G.I. Joe character would give the kid a pearl of wisdom.

Finally, the PSA would end with the kid responding to the Joe’s wisdom with “Now I know!” And, the Joe would say, “And, knowing is half the battle.”

This exact formula played out time over time, but I always had one question…

What does “knowing is half the battle” mean?

It can mean many things depending on the context. It can mean that the most important part of any project or endeavor is gathering the necessary knowledge first. It can also mean that general knowledge and awareness is critical for proper and safe behavior, which is how the G.I. Joe’s were using the expression. Another possible definition is that before you can solve a problem, you have to realize that there is a problem in the first place.

We will look at these different definitions and more, but, first, let’s look at a key part of the expression.

What does “half the battle” mean?

When something is “half the battle,” it is the most vital step towards achieving or attaining something.

The idea is that almost anything worth attaining is never easy to get. Otherwise, everyone else would have it already, taking away its inherent value.

Therefore, achieving or attaining that valuable thing is a battle of sorts. And, if something is “half the battle,” then it will bring you that much closer to achieving your goals.

Another way of thinking of “half the battle” is that it represents a successful start. There was an old proverb that was used back in the eighteenth century, and it said, “the first blow is half the battle.”

For instance, in “She Stoops to Conquer,” a comedy by Oliver Goldsmith that came out in 1773, there are two men trying to impress their host’s daughter.

So, this is the conversation that plays out between the two.

Person #1: I have been thinking, George, of changing our travel dresses. George: You’re right. The first blow is half the battle. I intend to open the campaign with the white and gold waistcoat.

Afterward, in the nineteenth century, the proverb got shortened to “half the battle.” 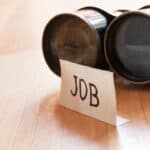 “Seek a job” vs. “Look for a job” — Knowing the Difference 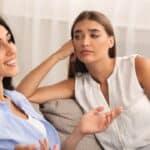 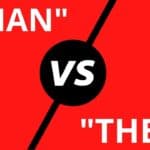 Than vs. Then — Knowing the Difference

Finally, when preceded by “only,” “half the battle” takes on a somewhat different meaning. It means a vital first step yet barely enough to get the job done.

To make it in this business, passion is only half the battle. You also need brains and connections.

Getting in the room is only half the battle. You still need to make the sale.

Back to “knowing is half the battle”

Since “half the battle” here is not preceded by “only,” then it means a vital first step and a successful start. However, it is the word “knowing” that takes on more than one meaning.

The importance of knowledge

If we take “knowing” in this context to pertain to knowledge and information gathering, then the meaning here is that intelligence is a prerequisite for victory. This makes complete sense.

For example, in military operations, it is always important to know more about the enemy than the enemy knows about you. This enables you to outplan them and outmaneuver them, hence enabling you to win easily.

Another similar maxim that has a very close meaning is “information is ammunition.”

If we want to win this political campaign, we need to know everything we can about our opponent. After all, knowing is half the battle.

The importance of awareness

And, here also knowledge is important. But, rather than information about an enemy or opponent, the information is more general in nature.

For example, when the Joes were advising children not to talk to strangers, they weren’t talking about any one particular stranger. Instead, they were giving children general information that could inform their everyday decisions.

Similarly, if an employee sees their superiors do something illegal, proper awareness can be critical to informing how they should react in this situation.

If you encounter any problems, refer to the pamphlet before taking it to HR. This pamphlet has all the information you need to get by here, and knowing is half the battle.

The problem with denial

Finally, we can sometimes have a problem without ever being aware of it. Perhaps, the problem is flying beneath our radar, or, maybe, we are just in denial, refusing to believe that there is a problem in the first place.

This is why you might have heard the expression that “admitting that there is a problem is half the battle.” It can be hard to be honest with oneself and fess up to a problem. It is usually easier to try to ignore it and sweep it under the rug.


I’m glad that you realize that your presentation skills are weak and could be improved. Knowing is half the battle.

So, if “knowing is half the battle,” what constitutes the other half?

The answer is simple. The other half is actually doing and acting on the knowledge we have.

In other words, the best way to tackle any problem is to first figure out what needs to be done, which is the knowledge part, and then do what actually needs doing.