Do you sometimes lol or rofl? Can you tell the difference between irl and onl? Are you fluent in meme?

If you have no idea what any of those questions are asking, you’ve come to the right place.

In this post, we’ll break down one of the most common smiley faces used on the emoji, the snarky “:-P”.

“:-P” represents a person sticking out their tongue and is usually used to express a sarcastic, teasing or joking tone of voice. “:-P” can also be used by itself, in which case it means something like “whatever.”

Today, smiley faces are usually replaced with an actual illustration of a smiling, frowning or other face.

However, that is a relatively recent addition to online culture. Prior to the late 2000s, people instead made pictures out of letters, symbols and other common keys.

“:-P” is the way to create this kind of picture for a person sticking out their tongue.

If you tilt your head to the left, you’ll see the three characters in “:-P” turn into a face. The : are eyes, the – is a nose and the P is a tongue that’s being stuck out.

When you’re talking about smiley faces, things can sometimes get a little confusing.

First, you must decide on whether to call them “smiley faces” or emoji.

Although smiley face was the standard up until 2015, according to Google NGrams emoji is by far the more common way to refer to this part of internet culture today.

For “:-P”, the emoji name is “face with stuck-out tongue” or just “face with tongue.”

These technically refer to the graphical emoji, but you can also use them to talk about the text-based version.

The meaning of “:-P” at the end of a sentence

In most, if not all, cases, the use of “:-P” at the end of a sentence implies that it is intended to be funny, sarcastic or otherwise not serious.

In other words, “:-P” at the end of a sentence shows that someone is joking around and that you shouldn’t be insulted by what they just said.

Of course, even mean-spirited jokes are mean-spirited and the fact that someone doesn’t intend to do you harm doesn’t absolve them if they have. 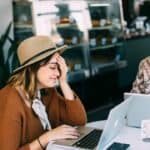 The Meaning of /j mean in Emails — Uncovered 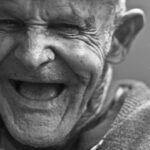 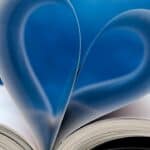 The Meaning of the Blue Heart Emoji (💙)

Most of the time, though, this smiley is used in good-natured jokes that both parties think are funny.

“:-P” at the end of a sentence can also be used to remind someone of something in a pointed way.

“My hair is such a mess today.”
“You look like a total goddess :-P”

In this case, the second writer is probably just joking about the appearance of the first one’s hair. Since they brought it up themselves, it’s unlikely to be offensive.

“I would be happy to sit on this committee.”
“I thought you were trying to cut back on volunteering for things. :-P”

This use of “:-P” is an attempt to remind someone that they may be committing to too much work.

The meaning of “:-P” by itself

When “:-P” is used by itself, rather than as part of a sentence, its meaning depends on if it is a response to something or the first message.

If someone types “:-P” in response to a message, you can assume that they are amused at your comment.

It’s similar to saying “whatever,” or “ha ha” in a sarcastic tone of voice, showing that you don’t disagree but are doing something anyway or that you think your friend is funny.

Some people also use “:-P” by itself as a way of getting someone’s attention.

If someone messages you with “:-P” out of the blue and you have no context, they’re probably just saying hi and not being rude.

In this exchange, the first writer uses “:-P” to respond to their mother’s joke about their cooking skills.

Here, someone uses “:-P” to start a conversation. You can think of this as the online equivalent of poking somebody to get their attention.

The internet is a big place, so it stands to reason that not everyone uses emoji the same way.

The main nonstandard use of “:-P” is to suggest that something is tasty.

In this case, people consider the tongue to be someone licking their lips. While this isn’t the normal way to use “:-P”, it still makes sense.

If you see someone talking about food and then using a “:-P” face, they are probably using the emoji this way rather than being sarcastic or funny.

“Just had some delicious Pad Thai! :-P”
“I loved the spaghetti you made last night! :-P”

With the normal way of using “:-P”, these sentences are either questionable or outright insulting. It’s more likely that the writer is using “:-P” to suggest tasty food, instead.

There are several other ways to type “:-P”, none of which change its meaning.

If this article was useful, check out our other pieces on common internet phrases.

The meaning of /j in Emails uncovered