Technology and computers have become an inevitable part of our lives both at home and at work. Because of this, many jobs have the reasonable expectation that an employee can use a computer keyboard with some amount of proficiency.

There are even tests that can measure how many words a person can type per minute! Is this something you should be including on your resume?

Should You Mention Typing Speed on Your Resume?

Typing speed should only be included by those who are seeking jobs which require fast typing as a skill. These types of jobs are clerical jobs, transcription jobs, or call center jobs. For jobs which do not specifically require a high WPM, including this on a resume is unnecessary.

The number of words a person can type per minute (WPM) is sometimes a quantified requirement written in a job listing. For example, some office jobs will require the ability to type about 60 words per minute.

This is to ensure staff members can keep up with the daily workload, which often includes writing down up to several pages of information.

In the instance of these types of office jobs, mentioning your WPM is an excellent idea. This is especially true if the job listing specifies a number which they expect you to meet.

Do not lie about the number of words you can type, as these types of jobs will often test potential employees on this as part of their interview process. Failing at that stage due to a lie would be a shame, but being unable to complete your daily work due to that lie might be even more stressful.

If your job does not involve typing speed as a requirement, then it is best not to include it on a resume. Much like including your IQ score, this type of information is irrelevant, and may make an employer think you have nothing to put on your resume.

Resumes should always be kept to 1-2 pages with no exceptions. A concise and relevant single-page resume is more impressive than a 2-page resume full of irrelevant information. If regularly typing is not a part of your desired job, then you are wasting an employer’s time making them read such extraneous information.

Should you include a typing speed certificate on a resume?

Unlike other certificates which provide proof of completion or score, typing speed is one that does not require proof on a resume. Typing speed is quickly and easily measured, so employers do not bother with credentials. Do not include any official certificates you have regarding WPM.

There are numerous websites online that will measure your typing speed online, some of which will award you with a certificate of achievement afterwards (often for a fee). This certificate is entirely unnecessary, as it is extremely uncommon for this credential to be included on a resume.

WPM is unlike more intensive certificates and certifications which require additional proof such as Case Competition placement or SAT scores.

Typing speed does not require a certificate number or a date for an employer to research to determine validity.

As the golden mantra of resumes states: do not include extraneous information on your resume. That includes certificates or dates for your WPM tests unless an employer asks for this information in the job listing.

How should you include typing speed on a resume?

Typing speed should be included in the skills section of a resume. Include this skill near other computer skills in order to keep the section organized, as employers will be interested in similar proficiencies. WPM may also be put in the summary section if you wish to highlight it prominently. 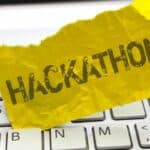 How to Include Hackathon Experience on a Resume — Top Tips 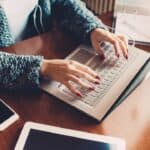 List Expired Certifications on Your Resume — Yes or No? 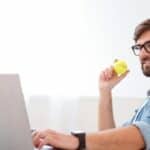 How to Put Temporary Jobs on a Resume — Like a Pro 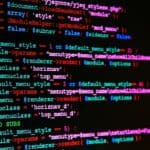 Round your answer up or down to the nearest whole number when including WPM in a resume. You should not include a range of numbers, but rather include a single number to denote your WPM ability.

This number should be written in numerical form rather than word-form in order to save space.

Try to include this skill alongside other computer skills when relevant. When written out, this skill should look like the following:

If the job ad you are applying for has specifically listed a certain WPM as a qualification, then it is a good idea to highlight this in a place where employers will see it prominently. If you have a summary section on your resume, then you can include your WPM there.

Summary sections are written in longer sentences without the use of pronouns such as “I” or “me”. Dedicating one of those sentences to your WPM is enough to get the point across, there is no need to over-explain it.

This section will also use the acronym “WPM” to remain concise. When written correctly, this should look like the following:

An experienced office assistant with over 7 years in the industry currently seeking a full-time job due to relocation. Comfortable answering calls, scheduling appointments, and record-keeping. Proficient in Google Calendar, Microsoft Word, Excel, and can type 80 WPM.

Is it bad to mention your WPM on a resume?

Including WPM on a resume is not necessary unless you are applying for a job which specifically asks for it. Adding this unnecessary information takes up valuable space on a resume and may leave an employer scratching their heads wondering why you bothered to add something so trivial.

The goal of a resume is to showcase one’s best and most relevant skills, so including WPM when it is neither of these things is a negative on a resume. This would not impress an employer outside of the relevant fields, and they would likely think this person had no other notable skills.

Seeking to fill space on a resume is fine but do so in a way that doesn’t seem like you are brainstorming and trying to include every skill you have.