Different subcultures enrich the language we speak every day.

For instance, sports has given us countless phrases and expressions that we use daily, such as “knocked it out of the park,” “slam dunk,” “hail mary,” “take one for the team,” and “to get the ball rolling.”

These phrases populate both our private and professional lives.

Another subculture that has given us numerous expressions is the military.

In fact, the military is where civilians like us got expressions like “bite the bullet,” “to be in the trenches,” and “to watch your six.”

Let’s take a closer look at that last one, “to watch your six.”

What does it mean “to watch your six”?

Literally, it means to watch your back. However, since your back tends to be your blind spot and, by extension, the direction from which you are most vulnerable, “to watch your six” means to be careful and to keep an eye out for danger, both literal and figurative. The idea is that when you say it to someone, you are asking them to be vigilant so as not to get ambushed from behind.

Where does this expression come from?

Before talking about the expression, let’s learn about how military personnel tend to talk about directions.

Directions in the military

One of the simplest ways military pilots indicate directions is with the use of an analog clock face.

With all this in mind, then you should have no problem understanding how military pilots describe different directions.

Imagine yourself standing right in the center of an analog clock. Also, imagine the clock lying on the horizontal plane rather than the vertical one, i.e. twelve o’clock is right in front of you rather than straight above you.

Now, if I tell you to walk towards your three o’clock, this just means that I want you to take a 90 degrees turn to the right.

And, obviously, when I tell you to look to your six o’clock, I’m telling you to turn around.

Thanks to its efficiency, this method of pointing out directions has become very popular among civilians. One of its major benefits is that you can point out specific directions effortlessly.

For example, telling someone to look towards their 7.30 might be much easier and quicker than having to point it out or explain it in plain words.

Over and above, there are some situations where you can’t physically point something out.

So, how does this tie in to “watch your six”?

But, why was “watching one’s six” such a big deal for military pilots?

In most aircrafts, pilots could not see right behind them, especially before the usage of radar technology. As a result, this is where they were, and still are, most vulnerable to an attack by an enemy, and this is why it became important to “watch your six.” 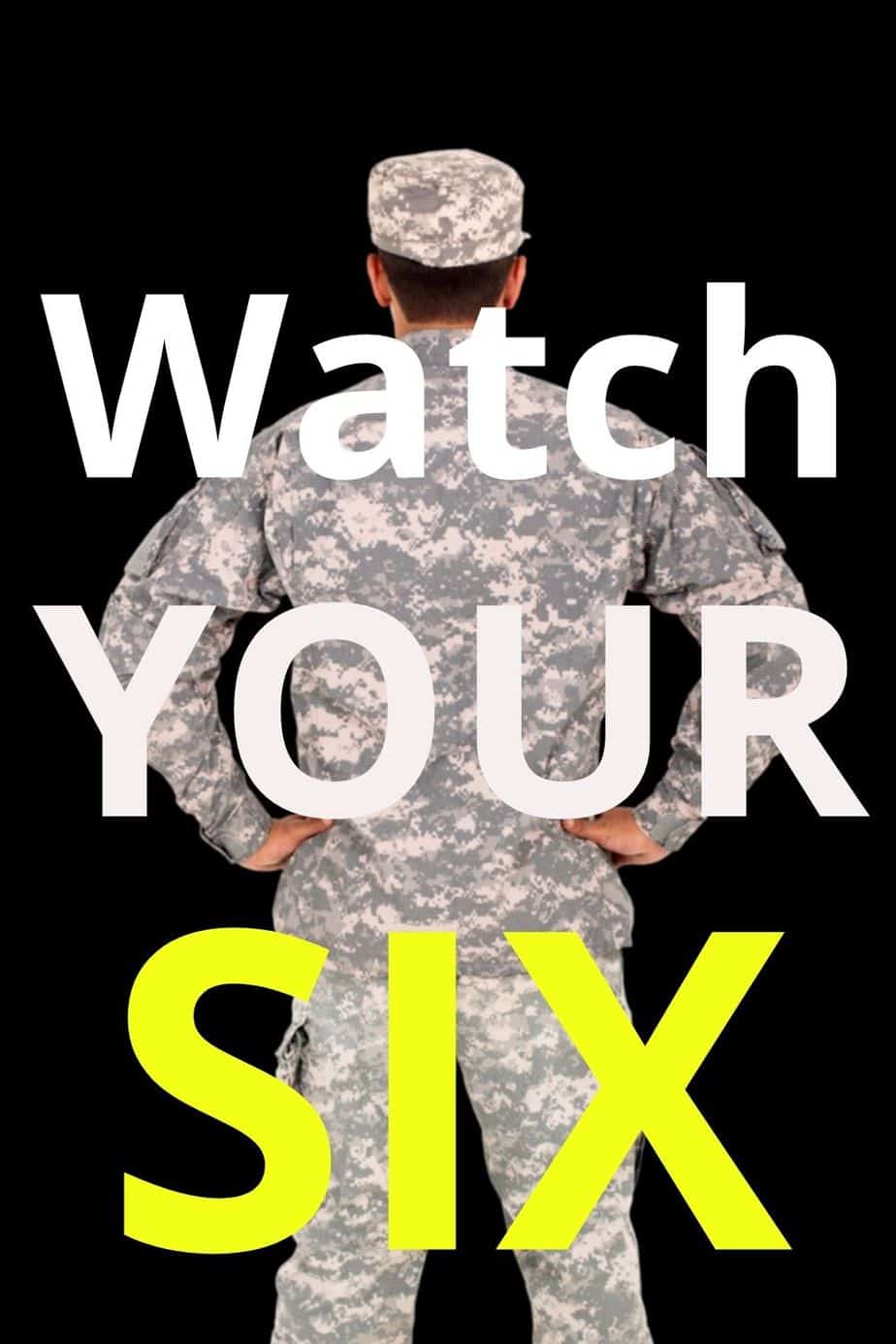 How do you use “watch your six”?

Since “watch your six” is used to tell someone to be alert for danger that can creep up from behind, it has made its way into police vernacular.

For example, before raiding a building, the chief could tell his officers to “watch their six” as they need to be alert throughout the entire operation.

This is a conversation that could take place over the radio.

Officer #1: The backdoor seems to be unlocked. I’m going in.

However, as mentioned earlier, the danger doesn’t have to be physical for you to use this expression.

The only necessary condition is that the danger has to be the type that can creep up on you.

Another example is if you’re about to get into business with people who have been known to be duplicitous in the past. In this scenario, you could have this conversation with your friend.

Friend: Are you sure it’s a good idea to get into business with these guys? They have a reputation for screwing people over.

You: I realize that. However, the opportunity is too good to walk away from.

Friend: Well, then, best of luck. Just make sure to watch your six.