The purpose of punctuation, from semicolons all the way up to em-dashes and apostrophes, is to make language clear.

Yes, that’s true even if you’re stuck wondering the rules for commas in a phrase like most, if not all.

Sometimes, though, punctuation starts to look strange. This is particularly true when you come across one of those rare situations where multiple types of punctuation are smashed together.

Learning whether to place comma before or after a parenthesis is one common example of that, as is figuring out how to use a comma after a quotation.

A rarer case is when you’re tasked with writing out a series of questions.

Especially if you need to include all the questions in a single sentence that is not, itself, a question, things get complicated.

Not to worry! We break down the best options below.

How do you write a series of questions in a sentence?

If you need to list multiple questions in a sentence, simply place them after a colon and separate them with commas or semicolons. Unless you want your reader to ask the questions themselves, there is no need to include the question marks. Bullet points are also effective at presenting questions.

The punctuation of asking a question

Most people understand how to use a question mark to turn a declarative sentence into an actual question.

What’s less well known is how to include a question in a sentence when you don’t want to ask the question, just describe it.

For instance, what if you’re writing a letter to a friend and want to mention an unbelievably rude question someone asked you at work.

Obviously, you don’t want to make it look like you’re asking the rude question.

In these cases, it’s completely fine to just include the sentence like you would a declarative clause. In other words, just drop off the question mark. As an aside, if you need a refresher on clauses vs phrases, check our handy guide!

The other punctuation trick is the use of quotation marks. Generally speaking, you should include quotation marks around your question if it’s a direct quote.

If, however, it’s just a general question and not something someone actually said, you should avoid adding quotation marks.

When you include multiple questions, things get even more complex.

For example, what if you’re writing a report and need to describe the research questions that your unit was investigating in the last fiscal quarter?

Again, the same basic rules hold true. If you’re just listing a series of questions in a declarative sentence, there’s no need to add question marks to them.

Likewise, the use of quotation marks is only recommended if each question is a direct quote from somebody.

If you need more details, read on. Otherwise, thank you for your interest! 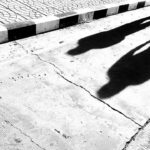 How to List Shadowing Experience on Resume: The 3 Best Ways 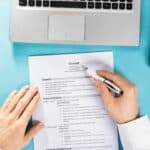 The 3 Best Ways to List a Minor on a Resume — Revealed! 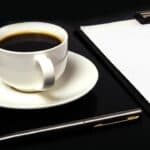 The 3 Best Ways To List Security Clearance on Your Resume 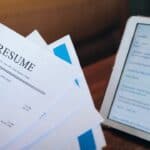 Should You List All Jobs on Your Resume? — The Answer

If you need to clarify what questions were asked or might be asked about something but don’t necessarily need them to serve as direct questions in the text itself, the best way to include a series of questions is to remove the question mark from the end of each question and separate them with commas or semi-colons.

Remember that quotation marks show direct quotes, so they shouldn’t be included in your list of questions.

You also shouldn’t include a question mark at the end of the sentence unless the whole sentence is supposed to be a question.

Finally, you are welcome to use a colon before the list or simply insert them into the flow of the sentence.

The option you choose here will depend on phrasing and style, so while you might need to make other changes it isn’t really about punctuation.

“The question you should ask as your internship draws to a close include: what have I learned, did I make any interesting connections, what skills are transferable and has this internship changed my future career path.”

In this example, these hypothetical questions aren’t something anyone is saying. Because the first part of the sentence is not a question, a period is used at the very end rather than a question mark.

A colon has been used to introduce the list, but this is optional. The example below rephrases the sentence so that a colon is not needed and is equally grammatical.

“As your internship draws to a close, ask yourself what have I learned, did I make any interesting connections, what skills are transferable and has this internship changed my future career path.”

If you’re quoting someone directly, you do need to place each question in quotation marks. However, otherwise the same rules apply as when listing questions. In other words, there’s still no need to include the question mark.

“When I was a young girl, my mother was always interrogating me, saying stuff like ‘who were you with just now,’ ‘what were you doing after school the other day’ and ‘what are you doing this weekend.’ It was frustrating, but I guess she just wanted to protect me.”

In this case, all three questions are direct quotes, so each is placed in quotation marks.

3. Asking each question as its own sentence

In more creative or rhetorically-inclined writing, another good choice is to break each question out so that it stands alone.

This choice really emphasizes each question, so keep it reserved for those occasions when you want people to stop while reading and actually ask what you’ve written or give it special attention.

It’s worth noting that if you’re listing out questions like this, you’re not using a single sentence, so it’s a bit of a cheat so far as the punctuation goes.

That said, simpler is often better, so if you have the option to pull away from a single sentence this is a great choice.

“After her visit to the oncologist, Margaret didn’t know what to do or where to turn. To her husband? Her brother? Her mother, who had buried her step-father just the year before? None of the options were good ones.”

This example might be part of a story or news article. Notice how, while reading, each sentence sounds increasingly more desperate, a trick that is increased by the use of a much longer final question.

“What do you want to be when you grow up? A pilot? A scientist? Perhaps an artist? No matter what you choose, a degree in the liberal arts can help.”

This example might come from a university’s advertising materials.

Again, the purpose of listing out the questions here is to make the reader ask themselves each question, so it’s effective to break out of the single declarative sentence structure.

4. Speaking of simpler and clearer, it’s hard to overstate the effectiveness of bullet points in many types of writing.

For business reports and professional presentations, the use of bullet points and other nonstandard structures is highly recommended.

Obviously, you can’t place bullet points in a sentence as such. However, if you have more freedom with how you’re organizing your written work, this is a great way to deliver complex information in a way that’s easy to digest.

Additionally, the punctuation is much cleaner-looking. Simply place each question on its own line, preceded by a bullet point.

You can use a colon to end the sentence prior to the list if it makes grammatical sense. Otherwise, just write the sentence as you otherwise would.

Next, we proceeded to examine the following questions:

This example uses a colon to introduce the list.

It might not look out of place in an academic article presenting new research questions. To avoid a colon, the first sentence could be rephrased to say, “we had several questions which we examined in this paper.”

As always, we thank you for your patience as we work through the surprisingly complicated punctuation rules of the English language