Buzzwords targeted at people from specific generations are nothing new.

Even the nicknames for generational groups themselves are basically just catchy marketing terms, with “boomers” and “zoomers” both taking issue with “millennials” while “gen x” sits on the sidelines, unsurprised to be left out yet again.

In fact, there’s something to be said for the idea that most of the intergenerational conflicts between these various groups of people are just made up to drive consumers to purchase goods or, more recently, to click through to news websites.

Regardless, each generation usually comes up with its own unique slang as well.

The 60s saw words like “neat” and “keen” go mainstream, while the 80s and 90s all had new spins on existing words that didn’t make much sense unless you were the right age.

Now it’s 2021 and people are talking about the word “cheugy.” But does this newly coined buzzword pass muster?

And is it really the start of a new stage of intergenerational conflict?

While you let that sink in, read on and find out!

What does “cheugy” mean?

First coined in 2013, “cheugy” is a word that describes aesthetics, preferences and pastimes that are embarrassingly outdated. Cheugy is often used to describe millennials (people born between 1981-1996), especially those considered to be trying too hard to be trendy.

Given that most uses of cheugy date from the late 2010s to early 2020s, you might be surprised to learn that cheugy was coined in 2013.

However, it is fairly typical for new slang to languish before being circulated on social media and suddenly becoming popular everywhere. (Yeet, anyone? Or how about “onl“?)

In the case of cheugy, the word was created by a high school student named Gaby Rasson who would go on to become a software developer.

In 2013, Rasson described wanting a word to talk about people who stuck to old-fashioned trends. Since she couldn’t find one, she made one up.

Five years later (a long time in Internet terms), the word made its way onto urban dictionary, a popular crowd-sourced website for new words.

It wasn’t until 2021, however, that someone on social media site TikTok picked it up and made a video that went viral.

Suddenly, “cheugy” was on everyone’s lips and the most recent piece of Internet slang was born.

The definition of cheugy

So much for where cheugy comes from. What does it mean?

According to Rasson, who coined the word, cheugy is used to refer to people who still think old trends are cool and don’t seem to realize the world has moved on.

Especially in the fast-paced world of social media, where trends come and go every few weeks, it’s easy to see why cheugy is so popular. 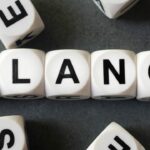 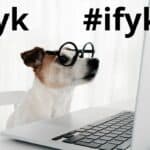 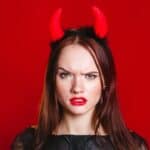 “To Dance with the Devil” — Meaning, Context & Examples 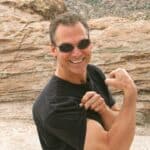 Instead, the word is in that somewhat porous stage that all new words go through, where people are trying to figure out what is and isn’t cheugy.

Despite the lack of a clear definition, there are definitely some common themes that everyone agrees on.

The main parts of Rasson’s original definition still stand: something cheugy is something that used to be trendy but isn’t anymore.

The word is especially used to describe things that tie into people’s roles as consumers of mass-produced popular culture, such as buying specific brand names or types of decor.

In addition to that, though, it can be used to refer to pop culture references that are extremely out of date.

No matter the specific details, cheugy implies that the person being discussed is not only out of date and a little embarrassing, but that they don’t even realize it and may even think they’re still trendy and cool.

There is no canonical list of things that are cheugy. However, there are some things that everyone seems to agree are definitely cheugy.

Here are a few of the most common:

How to pronounce cheugy

Like many pieces of slang, especially those which don’t derive from existing words, cheugy looks weird.

The “eu” combination is not in many English words, and to make things worse there are several different ways to pronounce -gy.

For example, wherever you stand on the cringy vs cringey debate, that word uses a soft g.

The actual pronunciation of cheugy is pretty straightforward, though. Just put together the words “chew” and “ghee” (that’s a hard g, like in get, followed by the long e sound from “whee”).

Ghee is a type of clarified butter originating in India and you don’t normally need to chew it. Imagine someone is handing you a jar of ghee and saying, “you should chew this.” Chew ghee? They must be crazy! No, they’re not crazy. They’re cheugy.

How to use cheugy in a sentence

You can use cheugy in a sentence just like any other adjective. Simply say something “is cheugy” or place the word cheugy before the person, habit or thing you want to describe as cheugy, and you’re done. It’s an easy word to use!

If you need to point out something is incredibly cheugy, you can reach for cheugier or cheugiest, just like any other adjective that ends in -y.

“My new roommate eats organic granola and drinks kombucha. But the cheugiest thing of all is that she binge-watches Friends every Friday!”

Here, a person talks about a few things they think are cheugy. It’s worth noting that nobody has labeled kombucha as being cheugy yet, but surely it’s just a matter of time.

“Ugh, millennials are so cheugy!”
“Tell me about it!”
“Oh yeah? Well, this isn’t meant as a criticism, but let me tell you what you’re doing wrong.”
“The Office quotes now? So cheugy!”

In this imagined exchange between two gen Z individuals and a millennial, the third speaker responds with what they think is a clever reference to popular show The Office. Unfortunately, those memes are definitely cheugy.

The noun form of cheugy

By now, it should be pretty clear what cheugy means and how to use it.

But what if you want to call a person cheugy? Of course, you could just say, “This person is cheugy.”

Sometimes, though, you want a cleaner type of reference, ideally one that’s just a single word. Fortunately for noun-lovers, the solution is simple! Much simpler, say, than using semicolons.

To use cheugy as a noun, just drop the -y off the end. That means you can call someone a “cheug” if you feel like it.

An interesting side note about cheugy is that many media outlets insist it’s part of an attack on millennials by younger people.

However, most members of generation z seem to disagree. Some even characterize it as just the latest annoying thing the millennials are doing to themselves.

If you’re a millennial, it’s easy to see why you’d feel attacked. Most of the things that are cheugy are, after all, things that millennials still think are cool.

That said, it’s important to think about the narrative here. News media outlets thrive on conflict, which drives traffic to their cash-strapped business model. In reality, nobody is out to get millennials.

The best thing to do is to learn to laugh at yourself a little and move on. If you like something, you like it. Don’t let anyone else’s opinion change that!