Sometimes, no matter how hard you try, things just don’t go your way in life. For example, you may have studied hard and tried your best to earn a good score on a research paper.

However, when the professor finally returned it, you saw that the score was much lower than you had expected.

Other times, no amount of preparation can shield you from outside events. After months of planning and a sunny forecast, it may still rain on your wedding day.

Although you did everything right and worked hard to impress your boss, they decided to give the promotion to someone else.

In such cases, you may hear someone say “them’s the breaks.” This phrase simply means that, whether you like it or not, something occurred that is beyond your control, so you have to accept it and move on.

This phrase can be used to express frustration and resignation.

Occasionally, the universe is extremely unjust. You can make a perfect plan or put a ton of effort into something, but if it doesn’t work out, then you just have to say “them’s the breaks” and try to forget about it.

On the contrary, something may work out perfectly. After all, life isn’t all doom and gloom.

You can be stacked against insurmountable odds and persevere through hard work and determination, or you may achieve the impossible and do something amazing with nothing but luck.

When you’re so fortunate, you may hear someone say “achievement unlocked.”

This phrase is very common in video games, but it has spilled over into everyday use among a large segment of the population, so let’s take a look at the meaning of “achievement unlocked,” its history, and how you should use this phrase.

What Does “Achievement Unlocked” Mean?

This phrase is said when you complete a strange or extraordinary task in a video game. Furthermore, you can hear people say “achievement unlocked” in real life to describe strange feats, unique successes, and general accomplishments. In-game achievements always have a clever name or a name that reflects the nature of the accomplishment. Since this phrase is slang and is heavily related to video game culture, you should not use it in most formal or professional environments.

Where Does “Achievement Unlocked” Come From?

Originally, “achievement unlocked” has its roots in the Xbox 360 console.

Whenever you would accomplish something special, unique, or notable in a game, you would get a uniquely labeled achievement with the message “achievement unlocked.”

You can unlock achievements by taking zero damage, completing a level in a certain amount of time, doing an insane acrobatic stunt, and so much more; achievements differ between games and systems.

Since its inception, more and more game consoles and services have included achievements in their games, and the term “achievement unlocked” is now used in everyday speech to describe extraordinary accomplishments or events in real life.

How to Use “Achievement Unlocked”

First and foremost, you’ll often see the phrase “achievement unlocked” pop up in a video game after you complete a special task or fulfill some requirement.

For example, in Halo 3, if you kill three enemies within four seconds of one another online, then an “achievement unlocked” badge with the label “Triple Kill” will pop up. 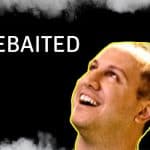 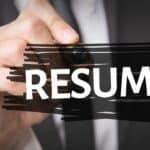 How to Include Dean’s List Achievement on a Resume — Top Tips! 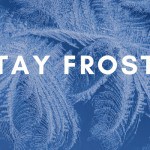 Such achievements are common in games, but you can also use this term in real life.

When you or someone around you accomplishes something great, then one of the gamers in the room may say “achievement unlocked.” Here is an example:

Angela: Wow! I just threw that basketball from the opposite end of the court, and it made it through the hoop!

However, in the context of the phrase, achievements aren’t always positive. In video games, you can get achievements for doing something ridiculous or failing miserably.

The example below demonstrates how this term may also highlight misfortune or failure in real life.

Jim: I’ve asked 20 girls to prom so far, and all of them have said no!

Achievements always have labels in games, so people may add a label after saying “achievement unlocked” that is relevant to the situation. These labels are often references to memes, pop culture, or something humorous.

“Forever Alone” from the example above is an old internet meme that depicts a lonely man who constantly fails to make friends or romantic connections.

Seeing as Jim couldn’t get a prom date after asking 20 girls, this meme reference would be especially suitable.

When Is This Phrase Appropriate?

Not everybody plays video games, and many people don’t want to hear video game references. You should only say “achievement unlocked” around fellow gamers in informal settings.

While many people may be aware of this phrase, if they don’t play video games or enjoy video game culture, then they may be annoyed when they hear you say it.

Also, you should avoid using such informal phrases when you’re on a date, speaking to older people, or at the office.

In most cases, you aren’t going to impress strangers, coworkers, or new friends by making references to video game culture.

A group of seniors at a nursing home may have grown up before video games were common, so they would be less likely to understand this phrase.

On the contrary, a group of young people at a gaming convention would almost certainly understand you.

As with any slang term, you should try very hard to read the room, meaning that you should think about who is listening and how they would react to the phrase before speaking.