What makes a certain expression or proverb immortal? Why do some sayings get passed down from generation to generation, even crossing cultural and linguistic boundaries, while other sayings rarely make it past a single generation and are quickly forgotten, only to be remembered by curious historians who ask themselves how humanity could have ever used such a phrase in the first place?

Well, one reason some proverbs pass the test of time is that they relay ageless wisdom. They tell us something true about us or about the world we inhabit, and it is a lesson that is worth sharing.

For instance, some classics include “Fortune favors the brave,” “he who has a why to live can bear almost any how,” and “give a man a fish and you feed him for a day; teach a man to fish and he’ll eat forever.”

Another reason some sayings live on is that they highlight some fault of our own, a cognitive bias that we may not be aware of or

a tendency that proves to be counterproductive. An excellent case in point is the saying “big things come in small packages.”

What does “big things come in small packages” mean?

It means that more often than not, the things that we value the most and find of the highest quality are small. In other words, size does not have to always indicate value. Now, the phrase can be used in one of two ways. It can be either used seriously or used ironically.

How to use “big things come in small packages”?

When you use the phrase seriously, you actually mean to point out that small things can be very valuable.

When I saw her diamond ring and how beautiful it looked on her finger, I knew that big things come in small packages.
When I first held my baby and she grabbed my finger with her little hand, a wave of emotions just washed over me. It is true what they say: big things come in little packages.

Irony is when you say something but you actually mean the exact opposite. And, the contrast between the superficial meaning and the intended meaning is where the power of irony comes from. It is a strong literary device and can be used to add flavor to almost any conversation.

One of the most well-known characters to use irony was Chandler Bing from the hit T.V. show “Friends.”

Now, when you use “big things come in small packages” ironically, you are trying to say that something’s small size hinders it from being good or having value.

For example, if you are watching a basketball game and the shortest player on the field is struggling to keep up with everybody else on the court, you might ironically remark, “Looks like big things do come in small packages.”

This is why irony is contextual, and people who are unaware of the context surrounding an ironic statement might not understand the actual meaning of what you said.

To put it simply, your joke would probably fly over the heads of people who aren’t watching the same basketball game you’re watching or who are just not paying attention.

On a quick side note, if you’re wondering what the difference between sarcasm and irony is, sarcasm is a form of irony, one that is meant to be directed at someone and deride them in some capacity.

This is why Chandler Bing was always labeled as sarcastic.

Even though the meaning of the two proverbs is almost the same, there is a very slight distinction.

You see, “big things come in small packages” has two things going for it. First off, there is the direct contrast and antonymy between the words “big” and “small.” This gives the proverb a more poetic sense and makes it lively. 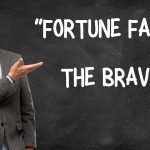 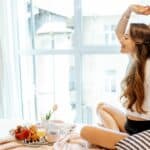 “Top of the morning to you!”: Meaning, Usage & Examples 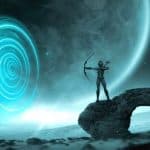 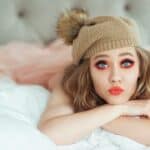 The second thing is that the word “big” confers no moral or subjective value on the thing being talked about.

In other words, when we say that something is “big,” that thing could either be good or bad. We don’t know which. All we know is that it is big.

For instance, take a look at the following example.

The W54 weighs around 23 kilograms yet has the power of 1,000 tons of TNT. I guess big things do come in small packages.

In the above example, we are talking about the destructive power of the W54 nuclear warhead, which is definitely not a good thing.

Nevertheless, seeing as the W54 is small, we can use the proverb here unironically.

Conversely, “good things come in small packages” does confer some moral value on the thing in question. Ergo, unless you’re one for wanton destruction, you really can’t use “good” to describe the devastating power of the W54.

In other words, the following example should sound weird and even scary.

The W54 weighs around 23 kilograms yet has the power of 1,000 tons of TNT. I guess good things do come in small packages.

The above sentence should only come out of a military general in the middle of a war or a psychopath trying to work on the Manhattan Project. Anything else is unacceptable.