There are a lot of reasons why it’s bad to miss class.

You might miss an important lecture, quiz or other information.

Missing class can also make it appear as though you are not taking the course seriously.

When you have done something wrong, it can be a good idea to write an apology letter to show that you take the infraction seriously.

An apology letter can go a long way toward getting back into your teacher or professor’s good graces just as an apology letter for being late to work can help save your job.

We’ll talk about how to write this letter to your teacher in this post.

What to put in an apology letter for missing class

While you should certainly make an effort to go to every class in a term, there are always unavoidable incidents that can lead to missing one.

If you’re sick, you don’t want to spread it around to others.

While it is important to be as concrete as possible, there are situations in which you might not want to go into detail about the reason.

If this is the case, you can use a phrase like “due to a personal issue” or “for family reasons.”

Professors or teachers will generally understand that this indicates that you are trying to be discreet.

You should also be concise. You don’t want to waste the reader’s time.

Finally, if the reason you missed class is because of a problem that has a solution, such as oversleeping, explain how you will fix it.

Of course, being sick is a common reason for missing class, and there is not much you can do about this.

In fact, instructors would usually prefer that you don’t come to class if you are ill.

You could potentially propose how you would handle it differently, such as contacting the instructor ahead of time.

All business letters are similar in certain ways, but each kind has a different kind of etiquette, such as the letter of recommendation etiquette.

This is true for an apology letter for missing class as well, so let’s look at the parts of this kind of letter in more detail. 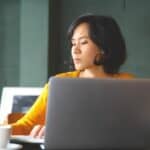 How to Write an Apology Letter for Not Attending an Event 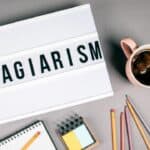 How to Write an Apology Letter for Plagiarism — Top Tips 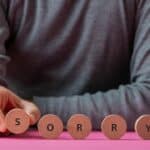 How to Write an Apology Letter for Being Late at Work 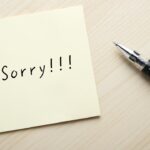 How to Write an Apology Letter for Being Disrespectful

The beginning of an apology letter for missing class

Writing a formal letter shows that you take the situation seriously and are respectful.

If your apology letter is sent through the mail or is an email attachment, you need to start with your address left-justified at the beginning of the letter, or you should put it on letterhead.

Below that should be the instructor’s name and address followed by the date.

If you are writing an email, you don’t need addresses and the date. You can simply start with a salutation as you would with an other email.

The salutation should be formal and use the title your instructor does, such as “Dear Professor Ayad” or “Dear Ms. Johnson.”

In the first sentence, get straight to the point. Use the words “I am sorry” or “I apologize,” and name the specific date or dates of your absence.

The middle of an apology letter for missing class

The next thing you should include in your letter is the reason that you missed class.

Try to keep it short. Your instructor does not need to read a convoluted story of a big fight you had with your roommate or a missive about how bad you feel about not making it to class.

Just be brief and matter-of-fact.

You also need to explain how you will try to prevent the same thing happening again.

For example: “I will take an earlier bus to class from now on since I know that the later bus is prone to delays.”

If you did deliberately miss class, it is still generally better to be honest about it and sincerely apologize.

At the end of the letter, you should acknowledge any problems caused by missing class and thank your instructor.

As an example, you might say something like “I realize that in a small discussion-oriented class like this, the absence of even one person affects the quality of that discussion.”

You may be able to get some ideas about how to thank your instructor by reviewing 17 great alternatives to “thank you for your understanding.“

Finally, you should use a formal sign-off, such as “Sincerely.”

Example 1 of an apology letter for missing class

I want to apologize for missing class on Monday. I was sick all weekend and I still felt bad on Monday. I didn’t want to get anyone else sick, so I stayed home.

I realized after the fact I should have sent you an email beforehand to say that I wouldn’t be there. I am hoping that I won’t be sick again this semester, but if I am, I will do that.

I will get class notes from one of the other students and make sure that I am caught up on my reading.

Thank you for your time, and I’ll see you back in class on Thursday.

Example 2 of an apology letter for missing class

I am so sorry that I missed class on March 13. I know that you specifically said that it was the most important class of the semester and that we all needed to be there.

The reason I could not attend is that an hour before class started, my father was rushed to the hospital. I went to the hospital to be with him because no one else in my family could get there quickly. This is also why I didn’t contact you ahead of time to let you know that I would not be there. My father is now recovering at home.

I will stop by your office tomorrow to discuss what I may have missed, and I already have gotten some notes from a classmate.

Again, I apologize for missing such an important class. As you can see, it was unfortunately unavoidable. I do not anticipate missing any other classes this semester, and I appreciate your understanding in this one instance.