If you’ve read even a single blog post on this website before, you probably know that a lot of language comes down to context.

One great example is the difference between questions and statements.

Even in English, there are clues like the inversion of word order in a statement like “You are eating.” and a question like “Are you eating?”

And then, of course, there’s the question mark.

It should surprise absolutely nobody that Japanese doesn’t follow the same rules as English when it comes to questions. All the same, there is a very easy way to tell if a sentence in Japanese is a question.

What might be more surprising to new learners of Japanese is that written Japanese also makes use of question marks.

Are question marks used in Japanese?

The short answer to this is: Sometimes. While question marks are a normal part of Japanese punctuation, in more formal writing they are not as common, with the question particle か or の and a full stop being used instead.

Conversely, a question mark by itself is not usually enough to turn a statement into a question. In most cases you will also need to use some kind of question particle at the end of the sentence.

In fact, this is technically all that’s required to make a sentence into a question in Japanese. That said, question marks are used regularly and are a completely normal thing to see in written Japanese.

As long as you don’t forget they aren’t the only important part of asking questions in Japanese, you’ll be just fine.

Although question marks absolutely appear in Japanese, they are not a native part of Japanese writing.

Of course, Japanese is a language with a long history and almost as long a history of changes.

Although it’s not entirely clear when this form of punctuation was first used, users of q.hatena.ne.jp, a popular Japanese-language question and answer site, have found examples of it as far back as 1906.

It may seem surprising to think of Japanese as adopting Western punctuation so long ago, but in fact turn-of-the-century Japan was quite cosmopolitan.

Especially among the literati, some adopted Western approaches to writing or mixed them with traditional Japanese approaches to achieve modern styles.

No matter its exact origins, however, the question mark today is firmly entrenched in Japanese and should be familiar to any Japanese person.

That said, you can’t just stick a question mark on the end of any sentence you like and change it into a question.

To understand how to use question marks correctly in Japanese, you need to use a specific type of particle called a question particle.

In English, questions are often made apparent by the inversion of word order in the sentence.

For example, instead of “You can eat” you might say “Can you eat?” 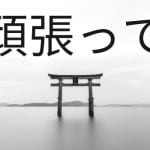 How to Say “Good Luck!” in Japanese: a TRICKY question! 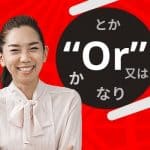 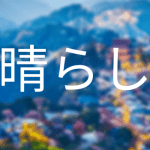 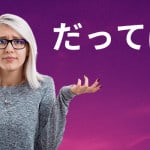 Japanese uses no such trick for questions. In fact, the only way you can tell that a Japanese sentence is a question is to look at the end of it.

That’s because in Japanese, questions are indicated primarily by the use of the question particle か (ka) which appears at the end of a sentence.

Although the meaning of か elsewhere in the sentence can vary, whenever you see it at the very end of a sentence it almost always means that what comes before it is a question.

In formal types of writing, the question particle is followed by a standard Japanese full stop. However, in manga, light novels and other more popular forms of writing, a question mark is often used.

“How about a hamburger?”

In both these sentences, it’s the か at the end that indicates a question. Even though the first has a written ? as well, one isn’t required.

If you’re in a less formal situation, an alternative to か is the use of the question particle の (no).

No, this isn’t the の that indicates possession. This の, like its more formal counterpart か appears at the end of a sentence and indicates a question.

In some textbooks or blogs, you might see this described as a “feminine” or “childish” way to ask a question, but the reality is that it’s used by people of all genders.

One potential difference, other than formality, is that の can sometimes imply a rhetorical question, a type of question where you aren’t really expecting an answer.

の also frequently appears before か, with the combined のか implying doubt or mistrust at what someone is saying or doing or simply to question someone while stating your own preference.

Because の and のか are casual speech, you’re more likely to see a question mark after these when they’re written down.

“What the heck are you saying?”

“Did you really say that?”

Note the casual speech in these examples indicated in part by the dropping of the を (wo) particle in both.

In formal Japanese, a を would be required before the verb in each sentence.

In keeping with the casual nature of the sentences, a question mark is used in addition to the question particle.

Using the question mark without a question particle

In most, if not all, cases, the question particle is absolutely required to form a question.

However, in colloquial or casual settings, you may hear things which are obviously questions but which do not end in か or の.

This is because spoken Japanese, like any other language, tends to follow slightly different, more relaxed rules than its written form.

As in English, a rising intonation, where the end of the sentence is spoken in a higher pitch than its beginning, is often used to suggest that a spoken sentence is a question.

When looking at written Japanese, you will almost always see the question particle. However, if you are reading a manga, light novel or other form of popular fiction where characters speak casually it is possible you will see sentences with a question mark and no question particle.

In your own writing, you should always use both the question particle and a question mark to avoid confusion.

The lack of a subject in the first sentence here is a good indication that we’re dealing with casual speech.

Likewise, notice that the second sentence lacks a question particle. In fact, it even lacks a copula like です or だ, which would be present in formal Japanese.

The question mark makes it clear that this is a sentence and not someone saying “It’s true!”

A note on typed question marks

If you’re typing in Japanese, make sure you don’t accidentally switch back to an English keyboard for your punctuation.

How to Say “Good Luck!” in Japanese: a TRICKY question!

The Japanese question mark, like all Japanese characters, is a full-width character which takes up more horizontal space while the English question mark is half-width. It looks quite odd next to Japanese words.