Formal, written English has some odd expressions in it.

What’s especially interesting about these expressions is that they can take on nearly opposite meanings depending on the tone of the communication around them.

Here we’ll look at one such example.

What does “thank you for the reminder” mean?

In short, this “thank you for the reminder” means that someone has been reminded of something and is thanking you for it. When used sincerely, this expression is a formal way to acknowledge a letter or other message from someone and to let them understand that you know what they expect you to do.

In a spoken group setting such as a meeting, the phrase can also be used to subtly remind all participants of something relevant to what a single person has said.

In some cases, “thank you for the reminder” can be used sarcastically. If you receive an angry-sounding email from someone that contains this phrase, the person who sent it is actually not thanking you, but is probably annoyed and may not have needed that reminder after all.

Unless you suspect the person is upset, though, it’s best to interpret this phrase as meaning exactly what it says.

When using this in your own writing, it’s best to make absolutely sure your own tone might not be interpreted as sarcastic.

Especially if you’re writing something in a formal or business setting, it’s better to simply swallow your tongue and apologize for any delay if someone feels the need to remind you about something.

“Thank you for the reminder” in a formal letter

The expression “Thank you for the reminder” is usually only used in a setting such as a business letter or other type of formal written communication.

The exact meaning of the phrase will of course depend on context, but it should be understood as a reference to some sort of previous communication between both parties.

No matter what that context is, the general meaning is that the person writing it has been reminded about something and wishes to express their thanks.

I have received your letter from the 14th which inquired about our Fall festival.

Thank you for the reminder that we need to share information about this event more widely.”

Here, the letter writer directly mentions what they were reminded about and are thanking the recipient for. 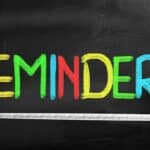 How to Write a Letter of Recommendation Reminder — Easy! 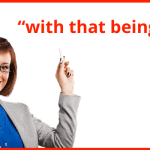 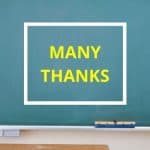 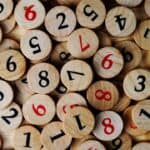 What comes after double, triple, quadruple? — The Answer

“Thank you for the reminder” when spoken

Although it’s less common than its written form, this phrase also occasionally makes an appearance in spoken English as well.

The setting is likely to be every bit as formal, and more often than not will involve multiple people rather than just a pair involved in a conversation.

When spoken in this context, the phrase still tends to be a reply to something.

However, here it serves not just as a thank you to one person, but as a subtle way to remind everyone who is listening about something.

Additionally, the phrase can be used to steer a conversation toward a specific topic that may be only tangentially related to what was just said.

“I just want to say I think Emily’s tone of voice was really angry just now and I didn’t appreciate that at all.”
“Thank you for the reminder that we all need to be careful with our words, Judith.”

Here, the second person speaking is not only suggesting that Emily should speak more calmly.

They are also subtly reminding Judith that she could be more careful when criticizing others.

This is a typical usage of “thank you for the reminder” in a group conversation.

What about “Thanks for the reminder”?

That said, if you want to come across as formal as possible,  stick with “thank you for the reminder.”

While “thanks for the reminder” is less formal, it is still rather formal and you could very well use it at work with your colleagues.

What about a “kindly reminder”?

This is just a kindly reminder that our contest ends in 24 hours. Is this phrase correct?

Well, it is not grammatically incorrect, as kindly can indeed be an adjective, too.

However, it is not common to say “a kindly reminder.”

A much better choice would be “a friendly reminder.” This is a stock phrase that you can use in your business correspondence and other formal settings without any hesitation.

Although most uses of “Thank you for the reminder” are well-intentioned, it is also possible for the phrase to be used in a negative way.

If, for instance, someone responds to something you say with “Oh, really? Thank you for the reminder,” and their tone of voice is sarcastic, they are probably frustrated with you rather than happy.

This is because people can sometimes view innocent comments as judgmental.

It’s quite possible you were just making conversation, but if the person saying this to you has heard what you said over and over, they may take it to heart and feel upset that you have brought up whatever it is.

The phrase can also be used in a sarcastic way in writing, but in general it’s best to assume it is sincere.

Using “thank you for the reminder” in your writing

Because of its potential for sarcasm, using this phrase can be tricky.

If you do add it to an email or formal letter, it’s best to make sure that the remainder of the letter is upbeat and friendly, rather than sarcastic.