There are many different types of symbols that we are used to seeing frequently.

A hashtag has become a commonly used symbol on social media. For example, if you want to post a photo of a sunset and you want to make sure that people who like sunsets see it, you might add #sunset to your post.

You might not know the word ampersand, but you probably know the symbol it refers to, &, and you know that it means “and.”

But what about when you see an unusual symbol like §?

We’ll explain to you what this means and how you can use it below.

What is the Meaning of §?

The origin of § remains a secret

While we know that § has been in use for hundreds of years, we don’t know its exact origins.

It has a Latin name, signum sectionis. This would be abbreviated as the letter S twice, and if you look at the symbol, you can see that it looks like an S on top of another S.

However, this does not necessarily mean that this is the origin of the symbol, and even if it is, we do not know what its original meaning was.

There are phrases we use today that have survived from Latin, such as et al., but the § is not like those.

Yet another speculation is that it comes from the ancient Greek.

In ancient Greece, scribes used a selection of punctuation marks in various ways, and § might have been one of them.

But we aren’t sure about that either.

We do know that it has been used a section mark since the 1200s.

While it is usually called a “section mark” in the United States, it is sometimes referred to as a “paragraph mark” in some other countries.

In the U.S., the paragraph mark is usually considered to be the symbol ¶.

It’s also known as the pilcrow, and in its contemporary usage, you might see it in legal documents or as a proofreading mark to indicate that a new paragraph should be formed.

Be sure that you don’t confuse it with § since they do have different meanings.

There are a few ways that you might see “§” used. Some of those are standard, and some are more unusual. 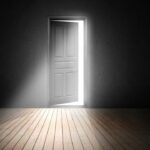 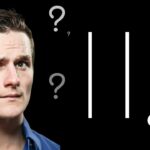 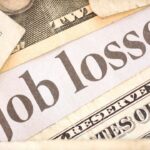 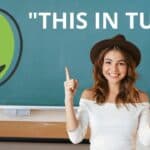 Examples of using § in a sentence to refer to sections

If you were an attorney writing a legal document that referred to many different codes, as you can imagine, this would save you time.

If you wanted to refer to multiple sections, you would write § twice.

When you see this, you know it means that you need to look in Title 4 of the United States Code, sections 101-126.

You might want to use a combination of the section and the paragraph symbol to be even more specific about where to find information:

If you saw the above, you would know to look for section 37, paragraph 5.

Examples of using § to refer to a footnote

There are a few ways that footnotes can be indicated in text. Footnotes are always written in superscript rather than regular script, meaning that they are small characters printed just above the type.

Another way is to use what you might know as a star symbol, also called an asterisk.

Here’s what it looks like: *. If you saw this symbol, you would then look at the bottom of the page where there would be another asterisk followed by the footnote in small print.

What if you need more than one footnote on a page?

You would then use a dagger, †, for your second footnote.

And what about a third and fourth footnote on the same page?

The third footnote would get a double dagger, ††.

Then, for the fourth footnote, you would use the section mark.

A footnote can give you additional information or can refer you to the source of the information in the main text.

As a result, at the bottom of the page that included the above footnote, you might see something like this:

Examples of some unusual uses of §

There are a few other, less common ways you might see § used.

Because it is most closely associated with legal documents, you might see it as a symbol of the law.

For example, if you look up gifts for lawyers online, you might see T-shirts and other items printed with §, standing on its own.

A legal body or law firm might use it in some part of its logo.

It can be used in playful ways as well.

For example, there are versions of the popular game Sim City that use § as a currency sign in the game in the same way that $ is used to show dollars, £ stands for pounds or € means euros.

In the classic Czech novel “The Good Soldier Švejk,” written in the early 1920s, the writer Jaroslav Hašek used § throughout the Czech version to indicate bureaucracy although when the book was translated into English, it was turned into the word “red tape.”

Language is all about innovation!

You can be playful in your use of § as well, but make sure that it’s reasonably clear what you mean by it, as in the examples above.

How do you write a § symbol?

Sometimes, the easiest way to write an unusual symbol is to simply find an example of online and copy and paste it into the document you’re writing.

However, if you need to use this symbol frequently, this might not be practical, and it can be helpful to know the keyboard shortcut.

Keyboard shortcuts can differ across different devices and even countries, but if you are writing a document that frequently uses §, chances are you doing it on a computer and not a device like your phone.